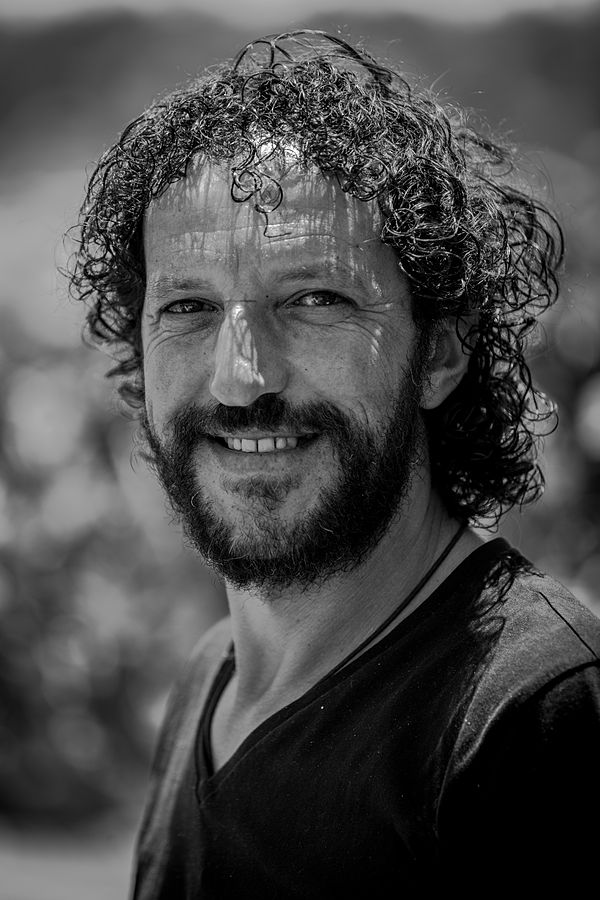 “If there were peace life would have a value. There would be games for the children, employment and opportunities. While there is no peace, there will be no life.”

If someone had told me a few years ago that I’d be inspired by a Palestinian activist to solve a parenting dilemma, I never would have believed it.

Since childhood (close to five decades), I’ve known of conflict in the Middle East. I regard myself as having a Jewish-American viewpoint on Zionism. Having put considerable thought and effort into embracing egalitarianism and coexistence of all people in recent years, I have never felt particularly biased. So . . . it is tough to admit to having had a fear of (and even an aversion to) Arabs and their culture for most of my life. This prejudice felt like something I was raised with. The orthodox rabbis that taught at my Conservative Hebrew School on Long Island, my parents and friends’ parents, plus the general influence of society, all seemed to reinforce my bias and ignorance of the humanity of these people.

Yes, their humanity. How could I harbor Islamophobia, but still honor the rights of ALL people?  What’s more, how can I raise my seven-year-old son to believe in equality, while holding on to this inner prejudice myself? That quandary seemed to come up for me during the recent fighting in Gaza. Hearing a news story about the UN school that got hit by an Israeli missile, I was confused. What about ‘Surgical Strikes’? What about the Israeli military commitment to avoid women and children (as long as they weren’t being held up as human shields)? How could this happen? I had always blocked out news of atrocities by thinking that all Israeli efforts were entirely justified. As a parent, I need to have a more broad approach to this issue.

I cannot say who bombed that school; I was not in Gaza. But pictures and videos of those children hiding there, scared and vulnerable, prompted a feeling that these are people too, deserving a chance for safety.  I do believe that this was one of the only places that they could go to escape the violence. So I said to myself—who ARE these people? How can they ALL be evil? Can ALL of the Israeli soldiers be benevolent?

While I continued to grapple with this, I had the privilege of attending a presentation last month by Abu Ali Awaad, a Palestinian peace activist committed to nonviolence. The event was sponsored by Shomrei Emunah, Bnai Keshet, Ner Tamid and the CRC of Greater MetroWest. It was very special to hear from a leader of a movement that promotes non-violence amid violent conflict. Here are some of the insights that I gained that night.

Mr. Abu Awwad started his talk with a phrase that immediately brought a steadied feeling to my inner discord – “Everyone has their own truth. Everyone’s truth is TRUE.”

Born in 1972, Ali Abu Awwad was raised in an activist family. During the second intifada over the West Bank and Gaza in 2003 he was shot and arrested. He also lost his older brother Youssef, who was killed by an Israeli soldier at a checkpoint. While participating in a support group for bereaved families on both sides of the conflict, Ali realized that to hate Israeli soldiers and to attempt vengeance for the loss of his brother would not lead to any solutions. His experience is similar to many, but his response and intentions are unique. Ali turned from violent activism, to promoting an effective dialogue, outreach and a mutual understanding between these two cultures.

Israeli national triumphs in 1948 and 1967 resulted in Palestinian refugees; families who lost their land. In the daily experience of the settlers, soldiers interfere with basic human rights of the neighborhood.  Losing daily freedoms provokes hatred but so much more rage is generated when a family member is lost. It’s a vicious cycle. There have always been bereaved families on both sides of the conflict. When the violence continues, the question becomes – how many do I have to kill to get past this feeling of loss?

There are many different perspectives even in Israel about how to deal with the issue of peace in Middle East. The prevailing sentiment among policy makers is “Don’t talk to the settlers”.  BUT – this is where the impact of the conflict is mostly borne!  The Roots Project, founded by Ali, seeks to change perspectives at the ground level. ‘Victims’ can’t create solutions; it doesn’t work that way. Hatred does not need to be taught. Reconciliation is not a value in the upbringing of these people – nearly 500,000 who live this conflict daily. There’s a need to create possibilities and teach the values of non-violence and reconciliation, beginning with those who are directly impacted. These people go through military checkpoints on their way to and from work or school.  What can inspire these demoralized people to achieve freedom in a nonviolent way?

Ali is writing a book about his peace efforts. He expects that most politicians will not be happy with it – many ‘peacemakers’ today are more concerned with politics than with people. The book is called Painful Hope.  Peace is painful because you have to give up your comfort. It’s difficult to change our view of the world and our understanding of right and wrong. When we see people and groups as enemies and victims, it becomes difficult to regard them as human beings. There is beauty in each person, no matter which side they are on.  It can be discovered when people listen to each other, and share in peaceful conversation. The Roots Project creates a secure space for building solutions through reciprocal consideration and trust.

Voices from opposing sides of the conflict will not be impartial.  The key is to create a common center; using a new non-violent method of resistance – bringing non-judgmental and effective dialog to people on either side. It is very difficult to bring Israeli citizens to their site in the Gush Etzion area of the West Bank for meetings. The Roots Project has repeatedly succeeded in this, promoting an agenda of peace. They continue to work toward a goal of mutual cultural understanding. Palestinian independence cannot be achieved in the way that this conflict has been fought.

Some audience questions with answers given at the event:

In a real sense, what is it that we are working toward?

JOINT ACTION and a joint identity between Moslems and Jews is needed—not just strategies and conflict.  Any predisposition will identify its object as victim or aggressor—even having a pro-Israel bias.  Everyone has a right to peace.  Non-violence can bring freedom and security. Jews helping Palestinians; caring enough to learn each other’s viewpoint.

We need peace at the settlement level. There is a lot that each group needs to understand about each other; we are working toward that. One possible analogy might be – not a full marriage, nor a total divorce.  On a world level, politically, it has been said that maybe a federal entity could govern the entire region, and there would be benefits for the lives of all people across the different communities. As idealistic as that may sound, when life has benefits, people engage. Reconciliation is the best revenge; if the satisfaction of having a victim is denied, the aggressors can’t continue to promote hate.

What can be done about Hamas?

The situation can’t be resolved through the conflict, so we do not give energy and power to the aggressors. Our approach is from the inside out. Only desperation can be found on the ground among the settlers now. Children are growing up seeing soldiers everywhere, their homes lacking basic freedom. When peace takes hold and begins to make change in the daily lives of these people, then peace will grow from the inner perspective, and there will be something worth preserving.

I’m very grateful to have heard this inspiring message. Ideas such as these by Ali Abu Awwad and his co-founders may begin to take hold in Middle Eastern society. In whatever measure these attitudes grow, they’d be great examples to show my son when he can grasp such big ideas. Maybe in five or ten years, there will be a little less need for despair over Israeli-Palestinian relations. Something for his generation to cherish—hope in humanity instead of more politics and violence.

Lisa came to Shomrei as an MSU student in the late '80s, and became a member shortly after.Although she and her family reside in Clifton,Shomrei will always be her Jewish home. You can find her at the Sunday AM minyan, or in the Purim Shpiel.Lisa works as a Technical Assistant at Montclair State University's Harry A. Sprague Library.