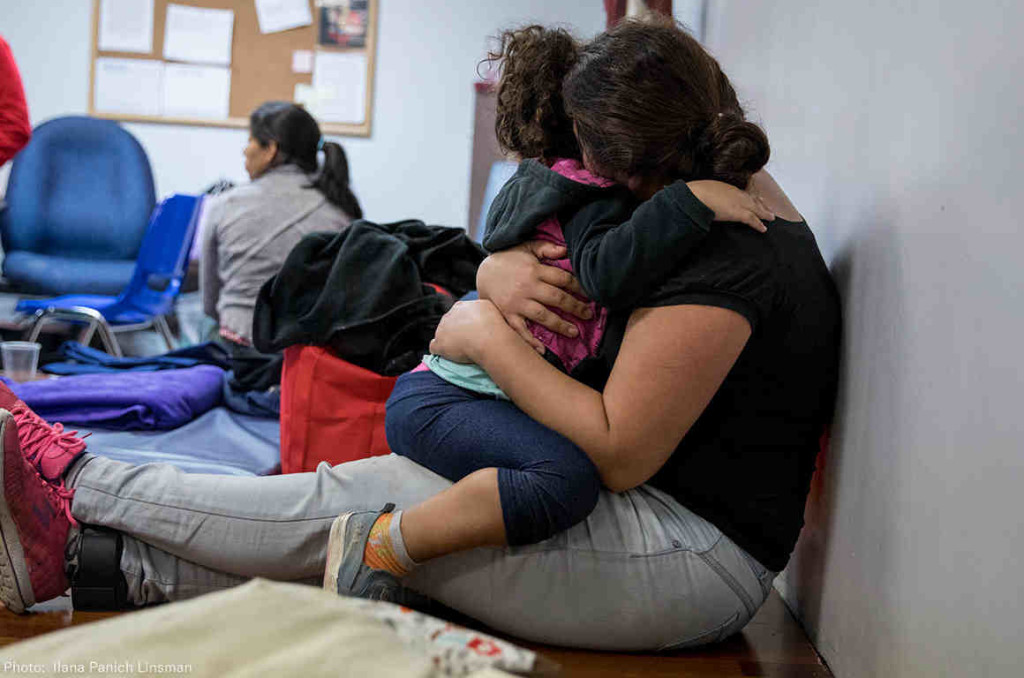 Around the time when news about the crisis on the border emerged, I was on my morning train into the City. It was crowded and coming up the aisle was a young mother and a grandmother, struggling with a stroller and a toddler. They were Spanish speaking. The woman sitting next to me offered the mom her seat and she and the toddler sat next to me. The boy sat on his mother’s lap and I was able to take him in. He was about 2 years old, with chubby cheeks, big brown eyes and at the age where everything about him is adorable. He was pointing out the window with great enthusiasm at everything we passed. The other commuters and I looked up from our phones and we shared a few minutes of pleasure watching this child’s innocent delight at simply being on the train.

As we learn more about our government’s need to lock up mothers in freezing cold detention centers and take their children away, I cannot get that kid out of my mind. He is the reason I went from caring about the issue to making it a priority.

It is why I went last week to the demonstration last Shabbat in Cedar Grove at St. Francis of Assisi Church. It was a short distance from Shomrei and I left services at 11:30 to head over to the Church with Judith Antelman, a Chair of Shomrei’s Refugee Committee. As we approached the Church, we encountered over 100 people on the grounds with signs of protest, shouting, “Families Belong Together”. It lifted my spirits to spend some time with Judith and be with caring people giving their energy on a very hot summer day to simply stand for the most basic principle that families belong together. People waved from cars, honking in support and giving us thumbs up, as we expressed our collective shock that our government is separating children from their parents as punishment for seeking asylum in this nation of asylum seekers and immigrants.

It was great to be with Judith and represent Shomrei’s refugee action group. My hope is that together we can explore ways to be effective in addressing this issue.

I ask that anyone who is interested in getting involved contact me. We certainly can take the time until these families are reunited and the family on the train and the other people like them are no longer in danger.

Audrey Levitin is Director of Development at The Innocence Project. She, her husband Nick and children Josh and Nina have been members of Shomrei for several years.