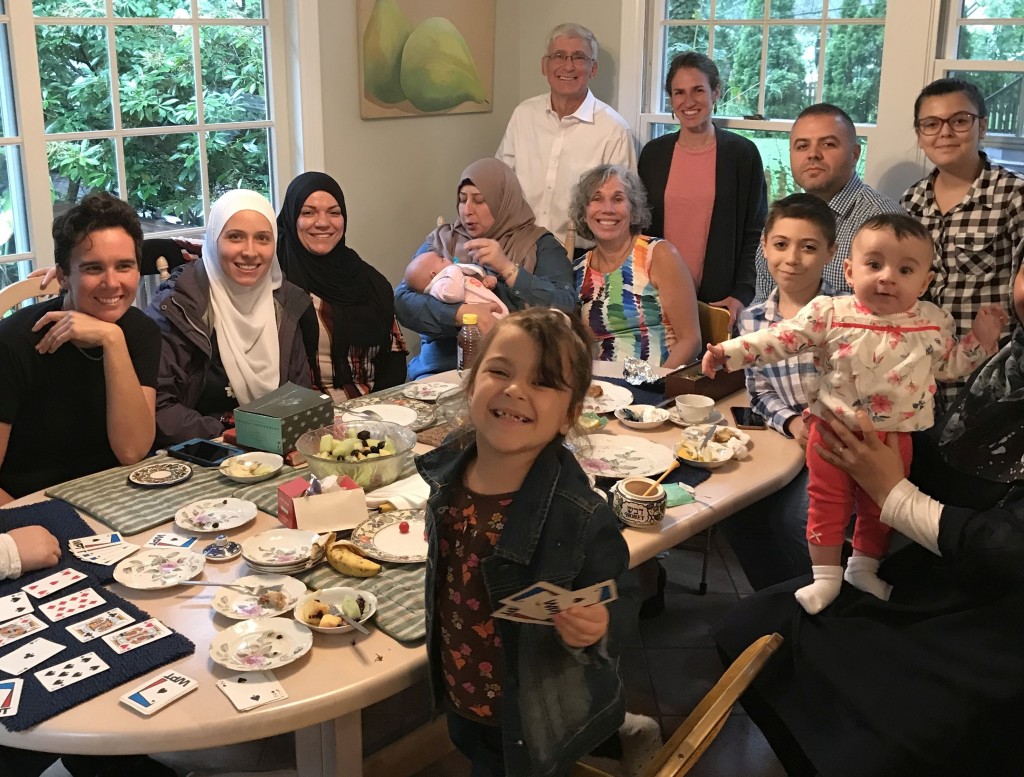 My mother used to tell me, “You can only be at one place at a time.” When my kids were little, I would give them the same advice. As much as they wanted to, they could not play soccer, go to a birthday party or have a play date at the same moment.

I thought of this on the first day of Rosh Hashanah services. Shomrei offered such an array of options that I had a hard time to choosing one. Lucky for me, I chose the “teen” discussion group led by Andy Silver, with a panel of Syrian refugees and aided by a translator.

The room was packed with teens and adults, who not only heard horrifying statistics about displaced people worldwide, and saw pictures of Syrian cities before and after the war, but who also had an opportunity to get to know some of the people living the stories we see in the news.

We met three of the five families the Shomrei Refugee Assistance Group has been helping the past 1-1/2 years: Hayan, Rawda and their children Mona, Malik and Masa; Mohamed and Hamida and their 7 month old daughter, Genna and new to the group – Lamees and her daughter Shahed. 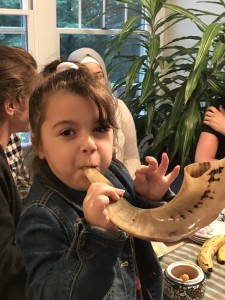 With the help of Hajer, our new volunteer translator, questions and answers flowed. We learned about life in Syria, Jordan, Egypt and about their journey to America. Families dispersed, family members missing for years, exorbitant rents, unsanitary conditions in tent settlements, etc. were some of the topics discussed.

What is life like in America? For the parents, desperate to learn English and find work, it is a challenge. For the teenagers and younger children who want to make friends and do well in school, it’s often a challenge, too. How do they cope in their new country? They said “will-power” but I interpreted that as resilience and optimism. They expressed gratitude for all the help Shomrei has provided. 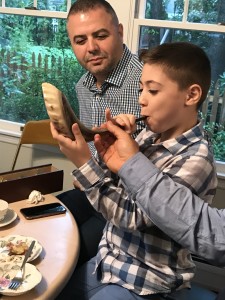 Since Andy and I had recently been guests at Hayan and Rawda’s apartment in Elizabeth, and had briefly visited with Mohamed and Lamees in their apartments, it was time to reciprocate. They had been at our home before but it always felt like a business transaction; they picked up rugs and school supplies, new sneakers, diapers and detergent donated by Shomrei congregants.

On this first day of Rosh Hashanah, it felt different. They were our guests. We sat around the kitchen table. We ate apples and honey, home-made challah dipped in honey, home-made apple/walnut cake and fruit salad. I recited and translated blessings for the new fruit and the New Year. Then Hajer translated one more time into Arabic. They were curious about the holiday customs. They asked about our Jewish God. My daughter and her girlfriend played UNO with Mona, Masa and Shahed. The kids seemed carefree. What is the Arabic word for “schmooze?”

Nineteen years ago, my son received a Shofar for a Bar Mitzvah gift. Never in a million years could I have imagined that four Syrian refugees would sit in our Montclair kitchen, and try (unsuccessfully) to blow that Shofar. It was the perfect moment to count our blessings and say “Shehechiyanu.” 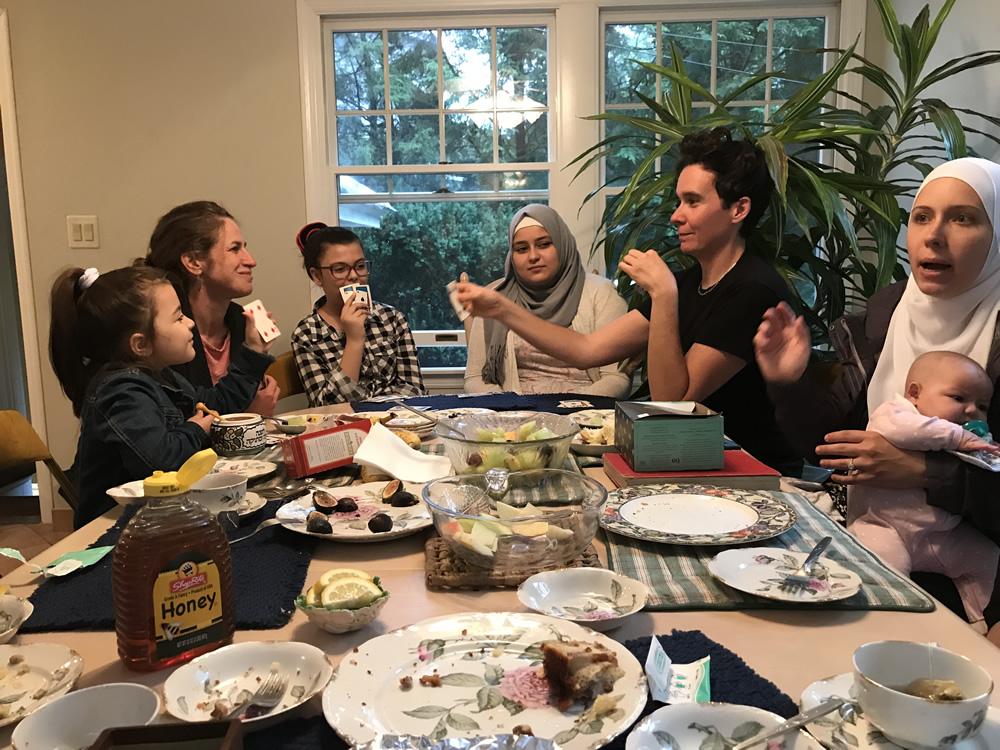