Several years ago I read an article in an obscure publication that described Abraham Lincoln’s childhood in isolated locations in Kentucky and Indiana, his family history, and the tendency for his people to marry within. The author postulated that the marry within practice suggested that his people were descended from an historical line that either faced undocumented obstacles with assimilation, or actually preferred marrying people who they knew would carry on the practices of their forbears. Going further, the researcher of this article observed that Lincoln and his extended family typically had names from the Old Testament (in spite of the fact that Lincoln’s father was named Thomas). From other evidence collected by this researcher, it was postulated that Lincoln might have been descended from the Merovingians, a line of French royalty supposedly originally descended from a child born of Mary Magdalen and Jesus, son of Joseph. For those of you who have read Dan Brown’s The DaVinci Code, this type of scholarship sounds a lot like fantastical invention; however, the research stayed in my mind.

A few weeks ago I went to see the “Lincoln and the Jews” exhibit at the Museum of the New York Historical Society. My first reaction to the exhibit was – why Lincoln and the Jews? Was there a newly discovered kernel of history linking the two?

The actual exhibit is thought-provoking. It documents how Lincoln befriended Jews throughout his political life, using them as confidants and allies, and how he actually lobbied to defend many Jews who were facing military discipline during the Civil War, even those who fought in the Confederate Army. The curator reflected that Lincoln favored Old Testament rather than New Testament references and documents this in letters and speeches. One commentary asserted that Lincoln was not known to mention Christ in his public remarks. So, as I proceeded through the audio tour of the exhibit, I was poised to listen for that one kernel of information that would either corroborate or refute what I read long ago. 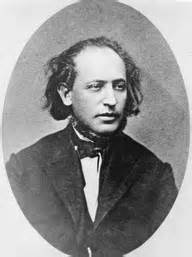 And, finally at the very last stop in the exhibit commemorating Lincoln’s death, my quest was over. With words from the eulogy spoken by Rabbi Wise of Baltimore to his congregation on the day after Lincoln’s assassination and the first day of Passover, April 1865, I hear an re-enactment of Rabbi Wise saying (and I paraphrase): he [Lincoln] was flesh of our flesh and bone of our bone and that years before he [ Lincoln] had personally confided to me that he was a Hebrew. Rabbi Wise added that Lincoln was never baptized and he never had his sons baptized either. Rabbi Wise also warned that there will be many who will want to refute this truth.

So, there we have it. The first Hebrew President has already been in the White House: Let’s forget the strum and drang about whether the country can handle a Jewish President in 2016, and let’s elect Bernie Sanders as a follow-up!

Ann Lippel, member of Shomrei Emunah for over 30 years, served in the past as synagogue V.P. and Chair of the Board of Education. She is currently the Chair of the Montclair Senior Citizens Advisory Committee (SCAC), an off-shoot of the Town Council charged with education and advocacy for the Township’s over-aged 60 population.Ann is currently retired.For more than 27 years she worked in management positions at the University level, both at NJIT and UMDNJ in Newark, NJ.