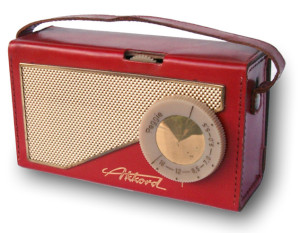 I listen to WNYC in the car, in the kitchen and on my phone at the Y. That’s a lot of time I spend with Leonard Lopate, Brian Lehrer, Terri Gross, Anna Sayles, just to name a few of my favorite hosts. This past week, it seemed that every time I turned on the radio, WNYC was asking for money. It was the spring fundraising drive.

As I listened, it suddenly occurred to me that the new Shomrei Emunah sustaining share membership model and public radio are very similar. It’s not that Shomrei asks for money all the time. Rather, it’s the emphasis on supporting a community that you value. WYNC tells us “It’s time for you to give back to us.” “Every single donation matters to us.” “Pay what you can afford.”

When WNYC says, “Maybe you like to listen to Leonard Lopate or Brian Lehrer” and “We are part of your everyday routine,” I can easily substitute examples from Shomrei life. For example, maybe you like to listen to the Rabbi’s Zohar class or Mitzvah of the Week. Maybe you volunteer at MESH or you rely on the Wednesday evening minyan for a dose of tranquility during a hectic week. Maybe the Singing Table at the Kiddush or the Shomrei library gives you sustenance and food for thought.

WNYC encourages us to become new members or renew our membership. “Make a contribution,” “Call us,” our favorite hosts gently but persistently prod. “Give on line.” Shomrei says exactly the same thing.

When Soterios Johnson on Morning Edition tells me, “You’ll feel a sense of satisfaction doing your share,” I don’t hear his voice. I hear Nick and the hard-working volunteers at Shomrei conveying their message.

Unfortunately, Shomrei isn’t giving out tote bags or umbrellas when you donate, but satisfaction goes a long way.

2 thoughts on “WNYC, Shomrei Emunah and Me”