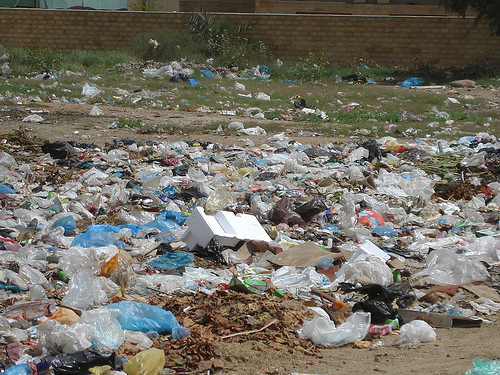 In the last few years Tu B’Sh’vat (Jewish Arbor Day) has taken on a new dimension – the dimension of “sustainability.”

The ecological question is one in which scientific, social and economic dimensions are all mixed together. Every day, in the media, they frighten us regarding the deteriorating state of our Planet Earth. Yet, in the meantime, they encourage our consumerism through societal conventions. Giant economic bodies control everything both out front and behind the scenes.

What is my own place in all this? What is my principled stand? I went to look for an answer on the Jewish book shelf.

Jewish tradition describes the natural world as part of the Creation story. The story is twice-told. First we read:

Genesis I – v.28 – Then the Almighty blessed them [- human beings]. And the Almighty said to them: “fill the earth and conquer it, and rule over the fish in the sea and the birds in the skies, and over all that lives that crawls over the earth.” 29 – And the Almighty said: “Here, I have given over to you all seedbearing grass on the face of the entire earth, and every tree that has fruit of the tree, bearing seed – it will all be for you to eat. 30 – as well as for all the living creatures of the earth and all birds of the skies and all who crawl on the earth, all that have a living soul – the vegetation of the grass is for eating.” And so it was.

The story and the message that emerges from this are absolutely clear to me. The earth is mine. I rule over it. I use it as I wish and utilize its resources for my benefit. In other words, the human being is the crown of creation, the honorary guest in the world of the Holy Blessed One, a world that was created for the benefit and use of the human species.

And this is actually what we do. For example – plastic bags. In Israel at least 28% of all trash is plastic bags. Every month in Israel approximately 3000 tons are produced. The bags are manufactured from petroleum, a raw material that is mostly used up by now. There is no correlation between the amounts used by people and the thousands of years it takes for nature to produce petroleum. 100,000 marine creatures die every year from choking on these bags. And the bags are merely containers. We don’t actually use them; we use only that which is inside them.

But then the Book of Genesis comes and gives us the other side of the coin. We read:

Genesis II, v.15 – And the Eternal, Almighty God took the human being and placed him in the Garden of Eden to work it and to care for it.

In other words, the human being has the obligation to work the earth and to watch over her.

Aharon David Gordon, a modern Jewish thinker, writes in his book, Ha-Adam v’ha-Teva [The Human Being and Nature]:

“O human being, you will one day open your eyes and you will look straight into the eyes of nature and you will see in them your own portrait. And you will know that you have returned to yourself, for when you ignored nature you ignored yourself.

So, what do I wish to say? What is the solution, in my opinion? Or, what is the answer [- teshuvah]? The answer is in finding the balance between these two poles, between “and rule over it” and “to work it and care for it.”

That is so in theory.

Practically speaking, I call on each one of us to find just one small behavior that can serve as an ecological response [- teshuvah].

Then may we merit to return in full repentance [- teshuvah].