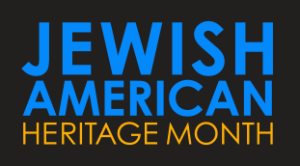 By Proclamation, May is Jewish American Heritage Month. While it does not get the attention that Black History Month or Hispanic Heritage  Month get, we can make it important in our lives.

It is amazing how many programs are available while we are confined. Jewish organizations and museums have a wealth of programming on line, much of it more than just talking heads or a sage on a stage.

There is real content and engagement. But just as in “real life,” the success of the program depends to a great extent on the person who has conceived it and the person running the program.

Here are some good examples of organizations and programming that – at least on first sight- seem successful. Most online programming is free.

All quotes are from the organizations’ websites.

Take advantage of these enriching experiences while you have that bit of time saved from commuting , sitting in traffic, or multiple trips to the supermarket.

They are in no particular order.

The Museum of Jewish Heritage,  located in New York City  with a view off the Statue of Liberty, is both a museum dedicated to Holocaust education and a facility for learning about American Jewish life. Most programs are recorded for later watching.

The National Museum of American Jewish History is located in Philadelphia on the Independence Mall. It’s affiliated with the Smithsonian. The museum’s mission is to “present educational programs and experiences that preserve, explore, and celebrate the history of Jews in America…and to connect Jews more closely to their heritage and to inspire in people of all backgrounds a greater appreciation for the diversity of the American Jewish experience and the freedoms to which Americans aspire.” It was founded in 1976 by members of Mikveh Israel and originally was housed in the historic (1740) synagogue. 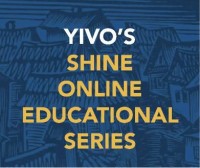 While originally a premier institution in pre-war Vilna Poland, YIVO Institute for Jewish Research was saved by being transported to New York in 1940. Primarily an institution for the study of European Jewry, YIVO’s mission does include Jewry world over. It’s a great place to do research, in person (someday) and online. Currently,  among other offerings, YIVO is running a multi-unit course on Jewish food. It’s called A Seat at the Table: a journey into Jewish food.  And it’s free.

Tablet Magazine focuses closely on culture including food, sports, literature, religion, art. It is all inclusive.

The World Jewish Congress looks out for Jews worldwide.  “It advocates on their behalf ( more than 100 countries) towards governments, parliaments, international organizations and other faiths. The WJC represents the plurality of the Jewish people, and is politically non-partisan.

The Talmudic phrase “Kol Yisrael Arevim Zeh beZeh” (All Jews are responsible for one another), encapsulates the raison d’être of the WJC. Since its foundation in 1936, in Geneva, Switzerland, the WJC has been at the forefront of fighting for the rights of Jews and Jewish communities around the world.”

For umbrella-like content there is also My Jewish Learning which currently has a 4 week course on Mitzvah and Mysticism taught by Rabbi David Markus. And that’s only the tip of the learning iceberg. myjewishlearning.com

JewishLive’s “mission is to help you find what you’re looking for and get you there quickly.” It collects events and also produces it’s own programs. New to the scene, it was formed  from a sense of need when Jewish institutions closed due to Covid-19. 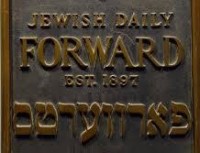 The grand dame of Jewish magazines/newspapers although perhaps not the oldest is The Forward. It has transitioned over the years from a Yiddish daily newspaper, to both English and Yiddish, to a magazine format, and now an online news and culture source. Forward runs bookclubs, cooking classes, lectures, study groups. It’s both personal and professional, folksy and sophisticated. There’s something for everyone and it makes an effort to involve its readers by frequently asking for and publishing their reactions and experiences.

We may be in New Jersey, but there’s nothing stopping us except time from taking a course in California or Israel or anywhere else in the world. Located in Los Angeles, American Jewish University “is a thriving center of Jewish resources and talent built upon core values of Jewish Learning, Culture, Ethics, Leadership and Peoplehood. “ Offerings are excellent from book clubs to talks on dealing with families to serious study and everything in between.

I could go on and on. In the next few weeks on the various websites there will be an interview with Geraldine Brooks, author of The People of the Book; a hallah baking class,  a weeklong food festival with lectures, cooking demos and more. Some are barely 30 minutes long; others run for several weeks or even months.

Lastly, don’t forget our local synagogue offerings and other institutions. They may not all focus on Judaism and related topics but almost every institution that one can think of offers some distance learning right now.

To paraphrase  Ben Zoma Who is wise? He who learns from every person and every website. – Pirkei Avot 4:1 Go learn.