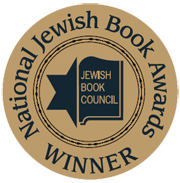 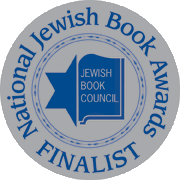 Every year librarians and readers wait with bated breath for the announcements of the year’s award winning books.

The American Library Association (ALA) youth announcements come at 8 o’clock in the morning no matter where the announcement is made. 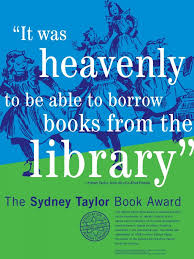 The Association of Jewish Library (AJL) Sydney Taylor Awards (ST) are now announced simultaneously with the ALA awards usually in January. The fiction award is announced shortly after.  This is a really big coup for Jewish children’s books.

The National Jewish Book Awards (NJBA) from the Jewish Book Council are announced via social and traditional media.

Here are some of the best of the best in the Lampert Library’s collection. More are on order.

Bonert, The Mandela Plot. Set against the tension and upheaval of the last days of apartheid, the novel attacks issues of politics and family secrets. (NJBA)

Carroll , Cloister.  Medieval and 20th-century narratives intertwine in this novel of ideas, foremost among them that people at the top often abuse their power over others. (AJL fiction award) 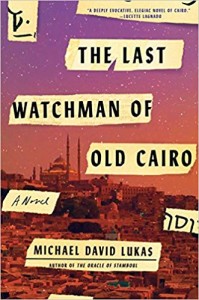 Fletcher, Promised Land. The early days of the State of Israel are seen through the eyes of two brothers. (NJBA fiction)

Klein Halevi, Letters to My Palestinian Neighbor. Klein Halevi explains his motivation for making aliyah and his aspirations for the State of Israel.  (NJBA)

Lukas, The Last Watchman of Old Cairo. A mysterious package leads Joseph, son of a Muslin father and Jewish mother on a hunt for his family’s roots.   (NJBA fiction)

Sarvas, Memento Park. A painting probably looted from his family during the Holocaust, leads Matt on a chase to revels his family’s secrets. (AJL fiction award) 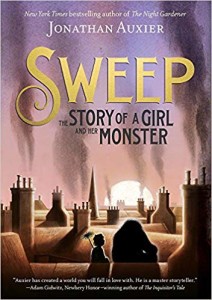 Auxier,  Sweep: the story of a girl and her monster. Nan, a 19th century chimney sweep,  inadvertently creates a golem. (ST)

Jenkins, All of a Kind Family Hanukkah.  This stand-alone story featuring the beloved family is a perfect introduction to the series. Great art work. (ST/ NJBA/ ALA)

Perl, All Three Stooges. The plot paints a realistic picture of grief and its effect on young people who may have never experienced loss when Noah has to deal with the suicide of his best friend’s father.  (ST/ NJBA)

Rosenstock, Through the Window: Views of Marc Chagall’s life. This look at Chagall’s life and work uses the many windows he designed as inspiration. (ST) 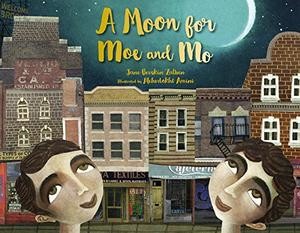 Zalben, A Moon for Moe and Mo. Jewish Moe and Muslim Mo find that they share many characteristics. (ST)

Zusman, The Passover Parrot.  This classic story of the parrot that almost spoils the Passover Four Questions has been reissued with new pictures.  (ST)