Eliezer Ben-Yehuda, the father of modern Hebrew, was born on January 7, 1858 in what is now Belarus. Like many Jewish boys of his time, he was raised to be a rabbi and scholar of traditional Jewish texts. However, he was exposed to the Enlightenment’s modern languages and thought and eventually moved to Palestine. There he put into practice his goal of reviving Hebrew as a spoken language which, he felt, would replace Yiddish and other immigrant languages and unite the Jewish residents of Palestine.

Ben-Yehuda felt that modern words for with no ancient Hebrew equivalent should be created from Arabic and other languages from the area. He used his son Ben Zion (Itamar) as his control, insisting that the boy hear and speak only Hebrew. Thus young Ben Zion became the first native speaker of modern Hebrew and Hebrew became a living language once more. 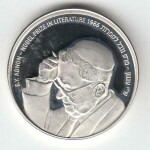 Hebrew is so alive that it is taught in universities worldwide. Hebrew writer, S.Y. Agnon, has even won the Nobel Prize in Literature. And Hebrew books translated into English are universally praised.  What an achievement for a language which has about 9 million speakers worldwide.

The following list of books celebrates Ben-Yehuda’s achievements and beyond.

Hebrew in Ashkenaz: a language in exile 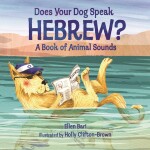 Bari, Does Your Dog Speak Hebrew? A book of animal sounds. (J)

Glinert, The story of Hebrew

Kahn, Alef is One: A Hebrew alphabet and Counting Book (J)

Lowin, Hebrew talk: 101 Hebrew roots and the stories they  tell.

Michelson, The Language of angels: a story about the reinvention of Hebrew(J)

Motzkin, Aleph isn’t tough: an introduction to Hebrew for adults

Raizen, Modern Hebrew for Beginners: a multimedia program for students