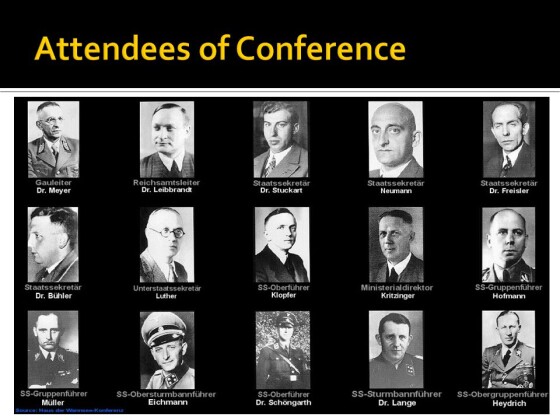 Today,  January 21, marks the 69th anniversary off the Wannsee Conference. Wannsee was a small suburban area of Berlin known for its two lakes and forests. Many members  of royalty had built castles in the area and, in more modern times, prominent wealthy Berliners built mansions. A prominent recreational area, several events from the 1936 Olympics were held in its woods and on its golf course.

The area is most well known, however, for what came to be called the Wannsee Conference held on January 20, 1942.  Nazi officials from Interior, Justice, Propaganda, Occupied Eastern Territories and 4-year plan— though not Hitler, Goebbels, or Himmler- met at the Wannsee Villa to formulate the final solution to the Jewish problem and to  definitely establish who was a Jew and who was a mischling  (mixed).

The original plan was to use Jewish labor for the war effort and then eliminate Jews after the war. However, the war was going on longer than planned and the Nazi hierarchy needed a plan to speed up the elimination of the Jews. They needed the cooperation of the various governmental departments although once in effect, the plan was under the supervision of the SS.

All records of the minutes- only one of which survived- were written in coded language which the insiders understood  but was not explicit enough to arouse those not involved.  Eichmann said that he ”expected resistance but…an atmosphere not only of agreement…but of agreement…which had not been expected.”

The notorious Wannsee Conference at which 15 men  decided the fate of millions of European  Jews lasted only 90 minutes. It rubber-stamped decisions that had already been made by Hitler and his intimates. The Villa fittingly is now a Holocaust museum and memorial.

Fittingly,  just a few days later, January 27 will mark International Holocaust Remembrance Day to commemorate the 6 million Jews and 11 million other victims of Nazi genocide. On that day in 1945, Auschwitz-Birkenau, the largest camp, was liberated by the Russian Red Army and the beginning of the end of the Final Solution had begun.

Below are some resources related to The Final Solution: 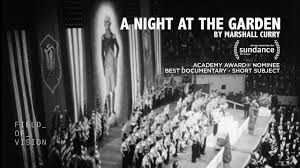 While not set in Europe and occurring before the war, this brief film of the enormous rally at Madison Square Garden on February 20, 1939 is chilling especially in light of recent events in the U.S.  https://anightatthegarden.com/

Carolyn Enger, a pianist with roots reaching back to Breslau, Germany (now Wroclaw, Poland) presents Mischlinge Exposé which in words and music highlights the stories of Mischlings—a derogatory term used by the Nazis to describe people with both Jewish and Aryan ancestry—like her father and godmother. The dramatic piece interweaves the music and writings of prominent German Jewish converts and Mischlinge to tell their story.
https://www.youtube.com/watch?v=ZwwYYNyW0_c&ab_channel=MuseumJewishHeritageLivingMemorialToTheHolocaust

January 27 @ 6:00pm
Talk with Liza Wiemer, author of The Assignment
Based on the  true story of two New York State teens who stood up against an assignment to re-enact the decisions of the Nazi Final Solution.
RSVP: https://www.mccc.edu/holocaust/ 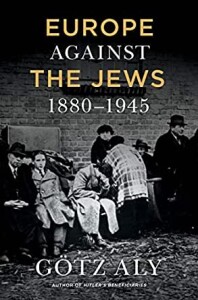 Aly, Europe against the Jews: 1880-1945.  Looks at European collaboration as a whole not just German criminality.

Bauer, A History of the Holocaust. Photos, statistics, maps, excerpts from writings.

Fishkin, Heroes of the Holocaust.  Describes the efforts of those individuals and organizations who defied the Nazis and The Final Solution.(Young Adult)

Fleming, Hitler and the Final Solution.

Grunfeld, Prophets without Honor: a background to Freud, Kafka, Einstein and their world. 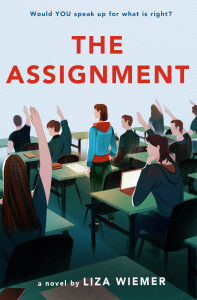 Rappaport, Beyond Courage: The untold story of Jewish resistance during the Holocaust. Chronicles the defiant of Jews across eleven Nazi occupied countries. (Young Adult)

Seiffert, A Boy in Winter. A story of compassion, courage and survival as the Nazis arrive in Ukraine to implement The Final Solution.