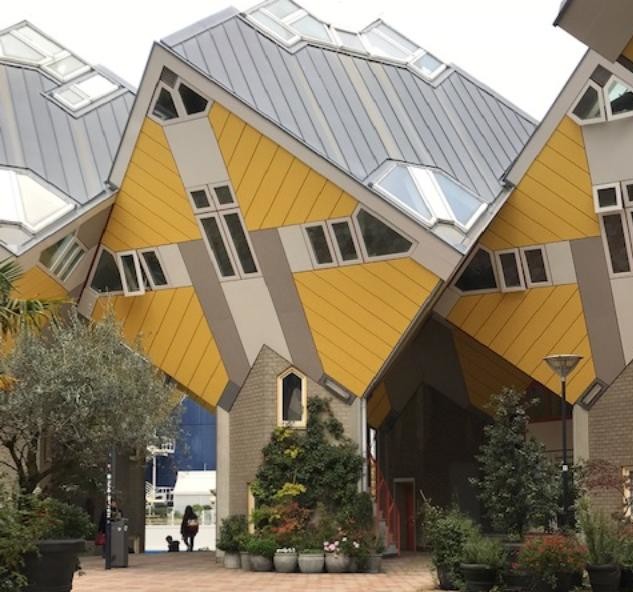 Europe never fails to amaze me. There is little fanfare when the border is crossed, but almost as soon as you enter a new country you are aware. It is not only the change of language on the signs. The character of the landscape changes, too. The architecture, the colors, the demeanor of the people- all indicate a new country. And so much is very old but juxtaposed against the very new.

As many of you know, I take at least one trip to Europe every year to visit my daughter Rebecca and her family who live in Lille, a large city in northern France.

We often take a side trip to an interesting area both for my benefit and to expand the children’s horizons. This time we spent a few days at a vacation park near Haarlem in The Netherlands. The location was ideal- about a half hour by train to Amsterdam and an easy car ride to Haarlem.

Max is 10 and Suzanne is 13 so we thought that visiting some Holocaust related sites would finally be age appropriate. Suzanne had read the graphic version of Anne Frank’s diary and Max absorbs information like a sponge. Consequently, this year’s itinerary included visits to the Corrie  Ten Boom house in Haarlem and the Anne Frank House in Amsterdam. Anything else would be pure serendipity caught on the fly. 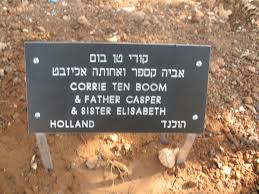 Corrie Ten Boom was an unexceptional middle aged spinster- although she was the first Dutch woman to graduate from the prestigious Swiss watchmaking program. She lived with her father and unmarried sister Betsie  and worked as a watchmaker and repairer in her father’s shop. They were a religious Christian family, beginning and ending each day with readings from the Bible, often Psalms or the Hebrew Bible.

It was Corrie’s strong faith that led her along with her sister and father and other family members to take in people threatened by the Nazi regime after the Netherlands was overrun by the Nazis in 1940. The family temporarily harbored and found safe places for both Jews and non Jews and became leaders in the resistance movement in Haarlem. As life became more dangerous, the ten Booms cleverly devised a secret room carved out of Corrie’s bedroom.

This shallow space could hold several people and was all but undetectable. Along with the hiding place was an elaborate warning system and timed drills. Unfortunately, in 1944, the family was betrayed by someone posing as a member of the network.  However, so good was the training and the hiding place that those in hiding were not discovered.

Corrie, her sister and father were arrested. The women eventually wound up at the women’s camp Ravensbruck  where Betsie died. Corrie survived, returned to Haarlem and eventually settled in California where she passed away at the age of 91.

The fascinating thing about this site is that it is basically untouched. Yes, the steps have been strengthened to support the extra traffic but the house is still a home. The staircases are narrow, and there are few concessions to this being a museum open to the public.  But the hiding place is now visible and the children on the tour were able to squeeze into the space.   https://www.corrietenboom.com/en/home

The tour in English made much of the ten Boom family’s devoted Christianity, but it was this belief that made them the heroes that they were. And they were not alone. Many rescuers were motivated by their religious beliefs. 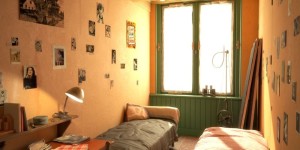 How different the busy Anne Frank House was compared to the modest ten Boom memorial. Over the years the reception center has been expanded and enhanced, adding a large gift shop and a small cafe to the exhibits related to the Frank family.  Often there are long waits to enter the museum and house. Fortunately there were small crowds the day we visited and our timed tickets were honored promptly. The operation is seamless and professional with a recorded audio tour to guide the visitor through at his or her own pace. The house itself is empty of most furnishings and the secret annex itself has only photos to indicate what had filled the rooms. Otto Frank wanted it that way. https://www.annefrank.org/en/

Indeed, I thought it was Otto who made one of the most poignant remarks. After reading his daughter’s diary

and her other writings, he commented that we know so little about the inner life of our children. Anne was a puzzle never to be solved.

The story unfolds in Anne’s own words supplemented by comments and quotations from other people who knew Anne or were involved in the attempt to save the lives of those in hiding.

I found the tour through the rooms where the Frank family and their friends stayed strangely cold. There seemed to be so much more space and light than what I remembered from a previous visit and from reading Anne’s diary. Perhaps it was too antiseptic with no family mess and with only Anne’s movie star photos to remind the viewer that a teenage girl and her family were cooped up here for two years.

What a contrast to the vibrancy of the city of Amsterdam where we wandered through the flower market, rode the trams, dodged numerous bicycles and had a pizza lunch in a small shop wedged between two « coffee » shops, another name for a shop that sells marijuana. 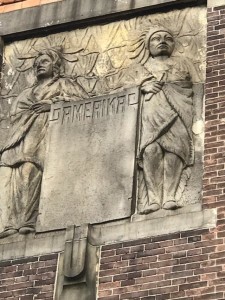 As we went through our days and returned to Lille by way of RotterdamI realized how fortunate we in the US were to be so relatively untouched by World War II. A stop in Rotterdam from which thousands of immigrants left for America showed what could be done when a city is almost totally destroyed, as was this important port city. My son-in-law, an architect, called it an architect’s playground because of the rebuilding that went on for decades after the war.

One of the most interesting post war complexes is the cube house development, a community of cube shaped dwellings, perched on an angle with open space below. The effect when walking through the community of houses is of a canopy of yellow.  Architect Piet Blom not only solved a residential housing problem but also created an urban attraction. One of the units is used as a museum. https://en.wikipedia.org/wiki/Cube_house

My daughter, the cook, is thankful that an old bakery /cafe, Dudok, is still around. She’s convinced that the world’s best apple pie comes from Dudok. 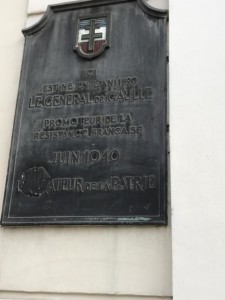 Back in Lille, the visitor from New Jersey (moi) and the local family visited the Charles de Gaulle birthplace, a large house in a former factory area. De Gaulle spent many vacations at his grandparents’ home in Lille and even met with Konrad Adenauer, the chancellor of Germany, in another personal place, sealing the new friendship between France and Germany, bitter enemies through several wars. http://www.charles-de-gaulle.org/pages/maison-natale.php

As for a Jewish connection to de Gaulle’s Lille home, our guide told us that the piano came from a Jewish vendor. De Gaulle himself had a checkered history toward Israel and the Jewish community championing France and its official policy of loyalty and identity only as Frenchmen. 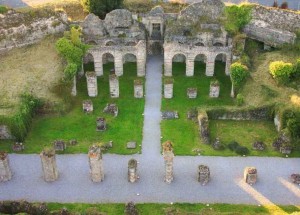 Our almost last stop was the ancient Roman site in Bavay with a massive dig and a well curated archaeological museum with items to interest both children and adults. In the early years of the Common Era, Bavay supported a huge forum with scores of shops, a temple of Juno and an extensive common area. Set at the junction of seven roads, this was an extremely active meeting place in Roman France. Our informative guide explained that World War II bombings exposed much of the area and by destroying buildings allowed the Roman ruins to be seen. However, much to our guide’s regret, buildings were reconstructed after the war hiding again important parts of the site. Today alternate ways of reconstructing buildings would have been used, allowing the ruins to have a second life and at the same time allowing modern buildings continue in use. https://forumantique.lenord.fr/fr/accueil.aspx 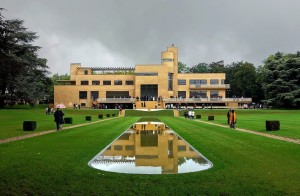 Our final stop was purely by chance. Looking for something to do at the end of my visit, my daughter and I headed for the villa Carvois, an enormous home designed by well known French architect Robert Mallet-Stevens. The home is unusual as the design reflects the influence of Frank Lloyd Wright, the prairie movement in the US,  the Bauhaus movement in Germany and an esthetic very different from the typical home in the French north.  House, furnishings and grounds are streamlined and site specific. While simple, the materials are lavish- many types and colors of marble, wood and ceramic. This unique home was almost lost when taken over by the Germans during the war and later abandoned in the 1980s. An enormous restoration project has brought back its glory.  The house is now a national monument and considered to be one of the iconic houses of the 20th century.  http://www.villa-cavrois.fr/en/

Going from site to site, I felt awe at the chance to see how life was millennia, centuries, and decades ago and how the old is adapted and repurposed. I again realized how fortunate we in the United States are not to have been physically affected by World War II. Even today the task of rebuilding and replacing is continuing.

But some things can never be recovered : the ancient buildings, the patrimony and most of all the 50,000,000 lives lost during the conflict.

Dauvillier, Hidden : a child’s story of the Holocaust

Frank, The Diary of a Young Girl

Marrus, Vichy France and the Jews

Prose, Anne Frank : the book, the life, the afterlife

Ruelle, The Grand Mosque : a story of how Muslims saved Jews during the Holocaust