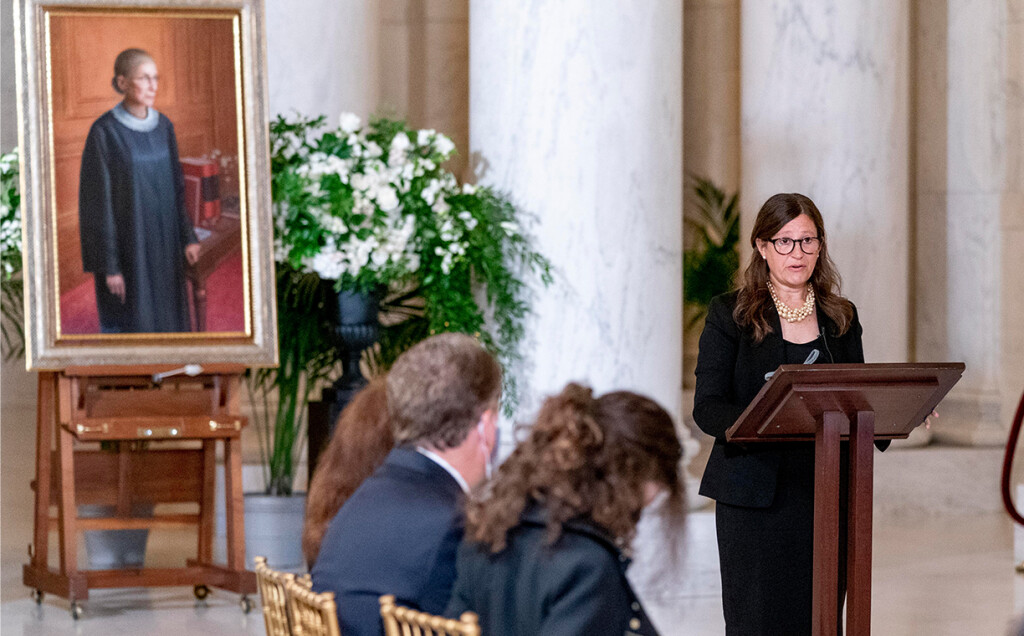 On Shabbat/Rosh Hashanah evening when we heard of Ruth Bader Ginsburg’s death, cries of “Oh, No!” rose from the Shabbat/Rosh Hashanah table. We had just moments before been discussing her role in keeping some balance on the Supreme Court and her qualities of maintaining friendships even with those whom she often did not agree.

In these days of partisan politics, that quality is becoming more and more uncommon. 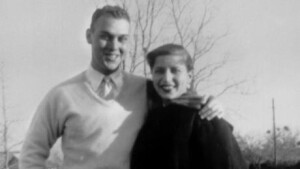 Joan Ruth Bader, as almost everyone knows by now, was born in Brooklyn, lost her mother on the eve of high school graduation, went to Cornell University where she met her future husband Martin Ginsburg and then went on to both Harvard and Columbia Law Schools where she excelled.

She chose to be called Ruth because there were so many girls called Joan. Ruth is a fitting name for this woman who was as persistent as the Biblical woman with whom she shares a name. Ruth was also affected by loss – the loss of her husband – and like Ruth Ginsburg , she soldiered on , refusing to abandon the woman to whom she felt obligated and became a model of faithfulness.

It is remarkable that despite being a product of her generation – a time when women were protected by law from dangerous or unseemly jobs and activities; a time when a woman needed her husband’s signature to open a charge account; a time when women, especially those with children, often were denied jobs that they were qualified for – she succeeded. And she excelled despite the responsibility of childcare and supporting a sick husband and continuing her law school studies. Ginsburg followed her mother’s advice. Be a lady, her mother said, but also be independent. She persisted; she developed her independence. But she didn’t cook! 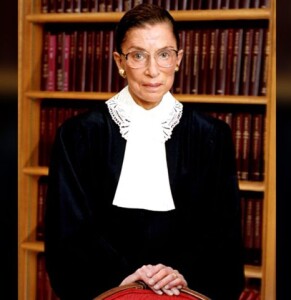 Being a lady, if one looks at Ginsburg’s career, seems to mean trying to find the place where two people with opposing opinions can meet; to not let partisan politics destroy personal relations; to be kind; to say thank you; to give credit to and acknowledge the efforts of others. She said, “When a thoughtless or unkind word is spoken, best tune out. Reacting in anger or annoyance will not advance one’s ability to persuade,” and , taking her mother’s advice, she was a little deaf “in dealing not only with [her] dear spouse but in dealing even with [her] colleagues on the US Supreme Court.”

Her independence showed in how she used her mind to solve problems and think for herself. RBG’s ability to concentrate and think logically led her to find creative ways to bring women out of the protective cages that they lived in and let the individual, not the government , chose. 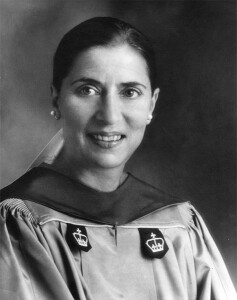 Gerry Blume had Ruth Bader Ginsburg as a professor near the end of her tenure at Columbia, after she had argued her cases before the Supreme Court, but before she was appointed to a federal bench. She had already established herself as an advocate for women. Gerry recalls that RBG was an excellent professor – clear and concise, accessible and open to questions. She had no airs about her. She was respected and known to be brilliant. Gerry called her a Renaissance woman and “ a class act as a teacher,” who had wide ranging interests especially when it came to music and opera. And she was kind. A few weeks after the class in civil procedures was over and exams were completed, he received a letter from Ginsburg complimenting him on his work and wishing him well. A few years ago, he saw her at an event at Avery Fisher Hall. He wishes today that he had gone over and spoken to her. 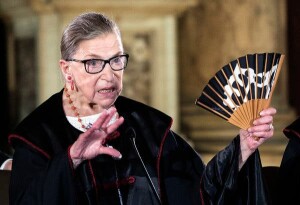 Additionally, a few years ago, I had the privilege of attending an interview with Ginsburg prior to a performance of The Merchant of Venice at Montclair State University. RBG had played a supporting role when this production was actually staged in Venice on the 500 year anniversary of the Venice Ghetto. RBG was a tiny woman with a quick, sharp wit which showed that evening. Despite her small stature, this little giant filled the room with her presence.

Although Ruth Bader Ginsburg was not an observant Jew, she grew up with a social conscience nurtured by Jewish ethics and the concept of Tikkun Olam. She said that one of her major achievements was getting the Supreme Court not to sit on the first day of Rosh Hashanah and on Yom Kippur.

Fittingly, she asked to be remembered as “someone who used whatever talent she had to do her work to the very best of her ability. And to help repair tears in her society, to make things a little better through the use of whatever ability she has.”

May her memory be for a blessing.

Transcript from September, 2020 when RBG was awarded the 2020 Liberty Medal of the national Constitution Center. 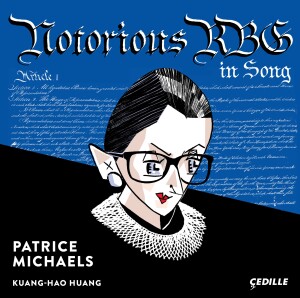 This is a recording of a song cycle composed using Ginsburg’s words. The complete recording is found in the album Notorious RBG in Song.

This selection from  NPR discusses the song cycle and includes an interview with RBG.

The documentary RBG is available free through many public libraries via Hoopla or Canopy . It can be streamed on Hulu. The film can also be rented or purchased from Redbox for $1.99, Amazon Prime Video for $2.49, YouTube for $2.99 or iTunes for $3.99

On the Basis of Sex (2019) is a film based on an early ground-breaking case that Ginsburg argued before the Supreme Court.

A brilliant tribute to RBG  using a traditional piece of liturgy in a different way. 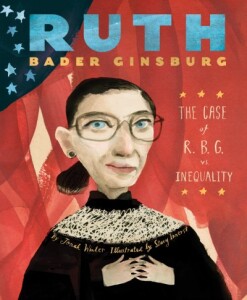 3 thoughts on “RBG: A Tribute”