DeWoskin, Someday We Will Fly.  Warsaw, Poland-1940. The circus where Lillia’s acrobat family performs is raided. In the confusion, Lillia’s mother disappears. Her father flees to Shanghai with Lillia and her disabled baby sister. There the family struggles economically, socially, and emotionally as the war comes to Shanghai and they wonder if the family will ever be whole again. An emotionally rich story of friendship, struggle and eventual triumph. For older readers and adults. 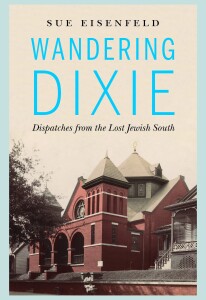 Eisenberg, Wandering Dixie: dispatches from the lost Jewish South.  For years the American South had a rich Jewish life with Jewish communities in small towns as well as larger cities throughout the South. The author traveled through the area visiting places where Jews lived and owned business but where often only empty synagogue buildings and overgrown cemeteries survive. She tells the interwoven story of Jews, race and slavery and spends an entire chapter profiling Michael Kogan, Shomrei’s longtime member and former president, who moved to Charleston a few years ago.

Elon, House on Endless Waters. In this novel, a well-known Israeli author visits Amsterdam where he was born. While there, he sees a film loop in the Jewish Museum which startles and confounds him and sets him on a journey to discover who he really is. Critics call the writing lyrical and the story heartbreaking. 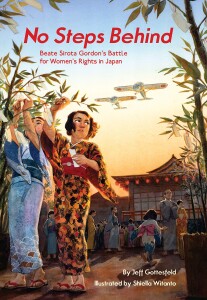 Gottesfeld, No Steps left Behind: Beate Sirota Gordon’s Battle for Women’s Rights in Japan. Gordon’s Jewish family fled Russia for Japan when she was a child. After an American education and the end of World War II, her Japanese language skills came to the attention of General MacArthur and Gordon was  asked to help write the post-war Japanese constitution. Remembering the treatment of Japanese women, she was responsible for the articles in the constitution giving women equal rights.  An intriguing picture book biography for younger readers but also of interest to older readers who will discover a little known hero.

Fukuda, This Light Between Us: a novel of World War II. In 1935, Alex, a Japanese-American from Washington, and Charlie, a Parisian , become pen pals despite Alex’s disappointment when he discovers that Charlie is a girl. Their correspondence continues as they grow up  and World War II disrupts their lives. Alex and his family are interned at Manzamar and Charlie runs for her life in a France controlled by the Nazis. Inspired by the fact that Anne Frank had an American pen pal and that a subcamp of Dachau was liberated by a Japanese-American battalion, the story brings together two stories of escape and  courage from the annals of World War II.  Suitable for young adult and adult readers.

Kaufman, The Last Kings of Shanghai: the rival Jewish dynasties that helped to create modern China. This story of the Sassoon and Kadoorie families is a tale of wealth, intrigue, transformation and defeat. History buffs and those who enjoy reading about the lifestyles of the rich and famous will enjoy this book. 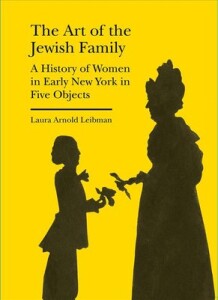 Leibman,  The Art of the Jewish Family: A History of Women in Early New York in Five Objects. Instead of studying texts, Libman studies objects to create insightful profiles of 5 diverse women in New York between 1750 and 1850. Her research takes her to Caribbean islands and ports and into a variety of life situations. The book is enhanced by 96 images which concretize Leibman’s prose. A scholarly but very accessible work of history for those who are interested in what life was like for our American Jewish foremothers.

November 13 @ 12 p.m. Sigd and the Traditions of Ethiopian Jews. Register at  MyJewishlearning.org

November 15 @ 7 p.m. Klezmer concert at the Museum of Jewish Heritage with music by the band Golem. Register at mjhnyc.org

November 24 @ 2:30. Enjoy a program called Niggun & Nourishment: Gratitude featuring several rabbis from the Rabbinical Assembly in a program of sounds and words. Put niggun in the search box at www.rabbinicalassembly.org. 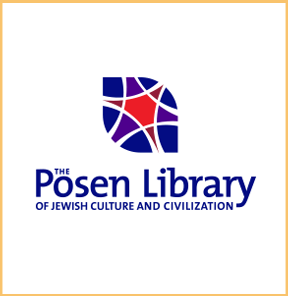 Posen Library of Jewish Culture and Civilization: “where the sacred and secular sit side by side” is a collection of curated images, excerpts, and sounds. When complete, these primary sources will reflect Jewish culture and experience from biblical times to the 21st century. Materials have been gathered into printed volumes published by Yale University. Digital access is available for free by registering on the Posen Library home page.