March is a very busy month with Passover coming up shortly. However,  Women’s history month and the celebration of brave, strong, accomplished women can’t be glossed over.

Think back to the women of the Bible who led, who were warriors, who spoke up for their rights and who were often unsung.

Strong women have also been a part of Jewish fiction, often appearing as matriarchs who buoyed up their menfolk. And it’s a truism that fiction may not be “real”  but it can certainly be “true.”

Enjoy the following books for both children and adults. And, remember, if you’ve never heard of her, often a book for younger readers is an excellent way to learn about an unfamiliar person.

Goldbloom, On Division. At 57, Orthodox mother, grandmother and almost great-grandmother Surie is faced with an unexpected pregnancy. How she deals with this shows both strength and growth. Winner of 2020 Jewish Fiction Award

Hertmans, The Convert. In medieval France, noble born Vigdis does the unthinkable and marries a young Jewish scholar. Tragedy dodges her especially after her husband dies.

Hoffman, The World that We Knew.  In this gripping novel set during the Holocaust, three unforgettable young women must act with courage and love to survive.

Levine,  A Ceiling Made of Eggshells.  Set during the days leading to the expulsion of the Jews from Spain, bright, curious Loma navigates the dangerous life of a secret Jew and its consequences. (J) 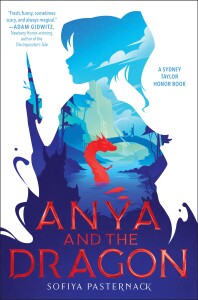 Pasternack, Anya and the Dragon (J) In this fantasy series set in an alternate 9th century, plucky Anya deals with a dragon as well as the dangerous life of a Jew at the time. A sequel Anya and the Nightingale , has Anya go to Kiev to meet the Tsar (J)

Rosner, The Yellow Bird Sings.  This gripping novel of mother love during the Holocaust pits a widowed musician mother and her young daughter against the fear of being caught. Silence is the key. 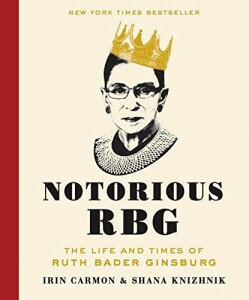 Carmon,  Notorious RBG ( both J and adult versions) Accessible to both younger and adult readers, RBG shows what she’s made of.

Gad, Color of Love: a memoir of a mixed-race Jewish girl. Mara, born to a Jewish mother and Black family, was adopted and raised in a strong Jewish family. But it was not always easy for her. At turns heart-wrenching and heartwarming, this is a story about what you inherit from your family—identity, disease, melanin, hate, and most powerful of all, love.

Levy, Key from Spain: Flory Jagoda and her music. A beautifully illustrated picture book biography of the musician who almost single handedly rescued Ladino music. Flory passed away recently but left a legacy of music. The Hanukkah song Ocho Kandilekos is known to almost everyone. (J) 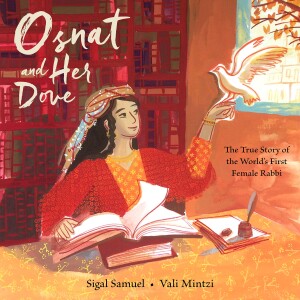 Samuel, Osnat and her Dove: the true story of the world’s first female rabbi (J) Osnat was a daughter, a wife, a mother and a scholar who taught and acted much as a rabbi might. She may even have worked miracle. And all this in the sixteenth century. (J)

Sasso, Regina Persisted: an untold story. In the more modern times of pre-World War II Europe, Regina Jonas was the first woman to be ordained as  rabbi. Unfortunately her career and life were cut short by the tragedy of the Holocaust. (J)

One thought on “Strong Women”