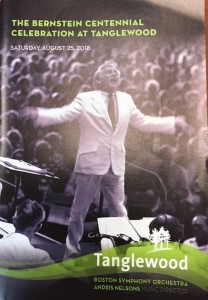 On a beautiful August night, the full moon rose over the Shed at Tanglewood as music composed by and for Leonard Bernstein swept through the crowd. Eighteen thousand people had come to celebrate one of America’s greatest creative artists on the 100th anniversary of his birth. Not a cell phone’s ringing nor the flash of an email being answered broke the crowd’s concentration.

The following day at Jacob’s Pillow a smaller crowd of 620 was entranced by the choreography of Jerome Robbins whose centennial is also being observed this year. 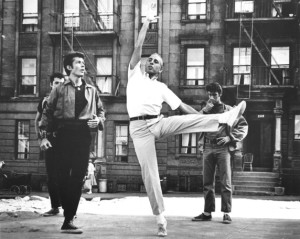 So why am I writing a column about these two luminaries? They are American cultural icons who share both a birth year and a Jewish identity while creating thoroughly American versions of their arts both separately and together as they did in “West Side Story.”

Both were the products of striving middle-class homes; both had Russian Jewish background; both refused to follow the paths that their families had set for them. Bernstein’s father sold beauty supplies; Robbins’ father owned a corset company.

As an article in Vanity Fair noted “Both were artists in love with classicism, trained in European traditions yet bending them to their new-world will. And both, in defiance of immigrant fathers who scorned the arts as a losing proposition, had their first big successes at the age of 25.” 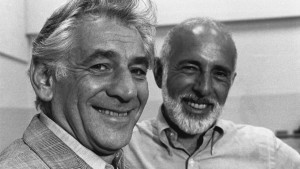 However, they also diverged: Bernstein was proud of his Jewish heritage, refusing to change his name to mask his Jewish background as so many of his contemporaries had done. Indeed, he even wrote a piece called “Kaddish” using the words of the traditional Kaddish as the lyrics for this operatic piece.

Robbins, however, was never comfortable in his Jewish skin, even saying that “Rabinowitz (his birth name) was so not American…I never wanted to be a Jew. I wanted safe, protected, assimilated.” Some years later after a trip up Masada, he did become more at ease with being Jewish.

Ironic, isn’t it, that he did the choreography for “Fiddler on the Roof,” the quintessential Jewish musical?

The multi-talented Bernstein was beloved by teachers, students, and fans. He was open while Robbins closed himself off. Robbins was exacting and disliked by his casts. Lenny was idolized and basked in the glow of his popularity. Jerry was more a loner who feared that his homosexuality would be revealed. In fact, when he was threatened with such a revelation during the McCarthy era, he capitulated and named names.

But geniuses they both were creating indelible works and garnering between them just about every award for the arts including Academy Awards, Tony Awards, Emmys, Kennedy Center Honors, Grammys, and even the French Legion of Honor.

As for Tanglewood, its first permanent conductor was Serge Koussevitzky who mentored Bernstein who mentored Michael Tilson-Thomas, grandson of Boris and Bessie Thomashevsky, the Yiddish theater stars. Indeed, most of the Tanglewood conductors have Jewish roots. 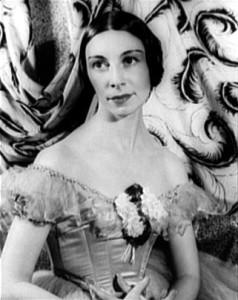 A tribute to Robbins’s choreography for the classics ended the Jacob’s Pillow season. This incubator of young dancers and showcase of established troupes is located on the site of an old colonial farm. It was founded in its present form by Ted Shawn, a new breed of male dancer who championed athleticism. When the farm ran into financial difficulties, the ballerina Alicia Markova (given name Lilian Alicia Marks) bailed it out….another Jewish cultural connection.

Be sure to mark your calendar for December 28 when the Bernstein tribute, recorded on August 25, will be shown on PBS stations as part of the Great Performances series.

It was truly a great performance.

One thought on “Two Geniuses”