Notes From the Lampert Library 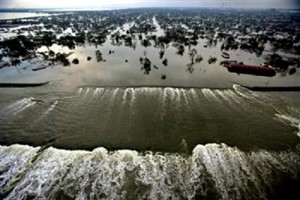 This past weekend, the media were filled with retrospective reports on Hurricane Katrina, which had displayed her awesome might just ten years ago.

Just a few days before that anniversary, we returned from a week’s vacation. Despite our neighbor’s best intentions and faithful watering of the plants and vegetables, we found desiccated cucumber vines, brown-leaved tomato plants, wilting basil, and drooping flowers.

There is an old Japanese folkstory about which of nature’s elements is the strongest. I won’t recount the story here but versions can be found online in and in libraries. (The Stonecutter is one). It certainly looked like the sun had the power while we were away. 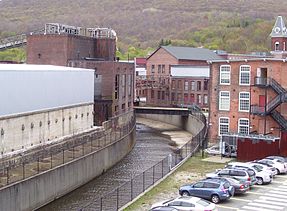 In light of that experience and the Katrina anniversary, I began to think of the power of water. One good soaking and many of the plants came back to life. We saw many old New England mills which had been powered by water. Now repurposed- often as cultural centers- one can only imagine the power behind the rivers and falls. The pictures of water’s power in New Orleans are etched in all our memories. No amount of sun could reverse that destruction.

While we were away, we spent a Shabbat evening on the lawn at Tanglewood. Shabbat candles twinkled here and there; one could hear the undertone of the Kiddush and the motzei as some concert goers brought out their hallot and bottles of wine. The sun set, the concert began and not long after, the rain came down.

Now, this was not a gentle, summer shower which cools one off. This was a torrential downpour that washed away the driveway of the house where we were staying. However, huddled under our chairs and umbrellas, we felt that we could outwit Mother Nature’s challenge. And we did-or so we thought, as the rain finally stopped and we settled, a bit soggy, into our chairs until the second act part of the concert when the rains came again. We were defeated by the water.

Water in the Torah is so important: it destroys civilization but saves it, too, via Noah. It gives the wanderers in the desert life but cancels Moses’ dream of entering the Promised Land. It follows Miriam and disappears when she dies. It’s a source of purification, but it can poison as well.

Soon-at Sukkot- we will be praying for rain, for mayim, which both sustains and destroys the earth. It gives us life-our bodies are after all more than half water- and just as easily takes it away. It creates the ugliness of mud and mold and the beauty of the rainbow’s promise.

So as summer wanes and we head toward fall keep in mind nature’s power and promise.

Who by Fire, Who by Water
Kaplan,  By Fire, By Water
Katz,  Swimming in the Sea of Talmud
Liss-Levinson, When the Hurricane Came (J)
McBride, The Color of Water
Napoli, Storm (YA)
Schnur, Tashlick at Turtle Rock (J)
Wayland, New Year at the Pier (J)