From the Lampert Library

Did you know that we are in the midst of National Police Week? In 1962, President Kennedy declared May 15 as National Peace Officers Memorial Day. Events are held in Washington, D.C. during the week of May 15. 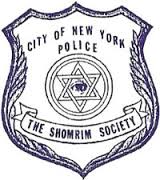 Jewish police officers have established a society called Shomrim which advocates and supports Jewish police officers. New York City’s group was founded in 1924 and, in addition to meeting locally, participates in a national kaddish service on National Peace Officers Memorial Day and marches in the Washington Israel Day parade. There are Shomrim groups in at least 25 other American cities.

Jewish policemen have served New York City since 1657 when Asser Levy, one of the group of Jewish refugees from Brazil, petitioned to serve as a guard in New Amsterdam. Peter Stuyvesant, governor of the Dutch colony, at first denied Levy the right to take his place among the other community members. Levy petitioned the Dutch West India Company, which had a great number of Jewish investors, and was granted the right to be a guard and eventually granted citizenship. 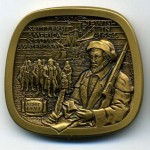 The New York City Police Department’s Shomrim Society has named its annual person of the year award after Asser Levy.

Jews are frequent characters in police procedurals and detective/ mystery books. Here’s just a taste of this sub-genre, available either in the synagogue library or your local public library