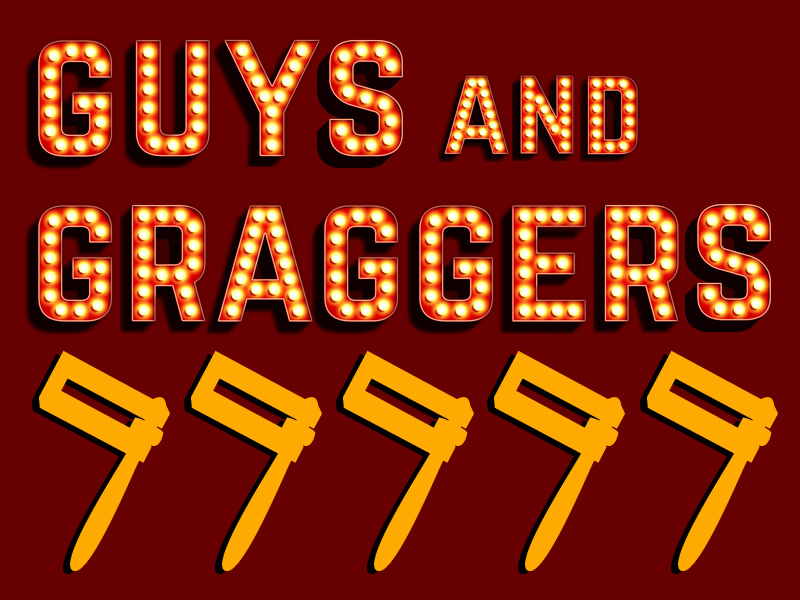 Based on the hit show “Guys and Dolls”, this shpiel was adapted for Purim by Craig Eichner, produced and edited by Lisa Pendola, and directed by Jennifer Moss.

Piano accompanist Siona E. is a member of STOM, and very active as a volunteer in our community. The opening number will be performed by a chorus of JLC students, accompanied by Moreh Mitch Radler.

Returning to the Shpiel stage are Ann Lippel as Vashti, Yechiel Felder as Achashverosh, Carney Mimms as Mordechai, and Andy Silikovitz as the evil Haman. Cameo appearances include Natalie Baff and Marty Hochbaum.

The Shomrei Shpielers look forward to seeing you there!

Lisa came to Shomrei as an MSU student in the late '80s, and became a member shortly after.Although she and her family reside in Clifton,Shomrei will always be her Jewish home. You can find her at the Sunday AM minyan, or in the Purim Shpiel.Lisa works as a Technical Assistant at Montclair State University's Harry A. Sprague Library.