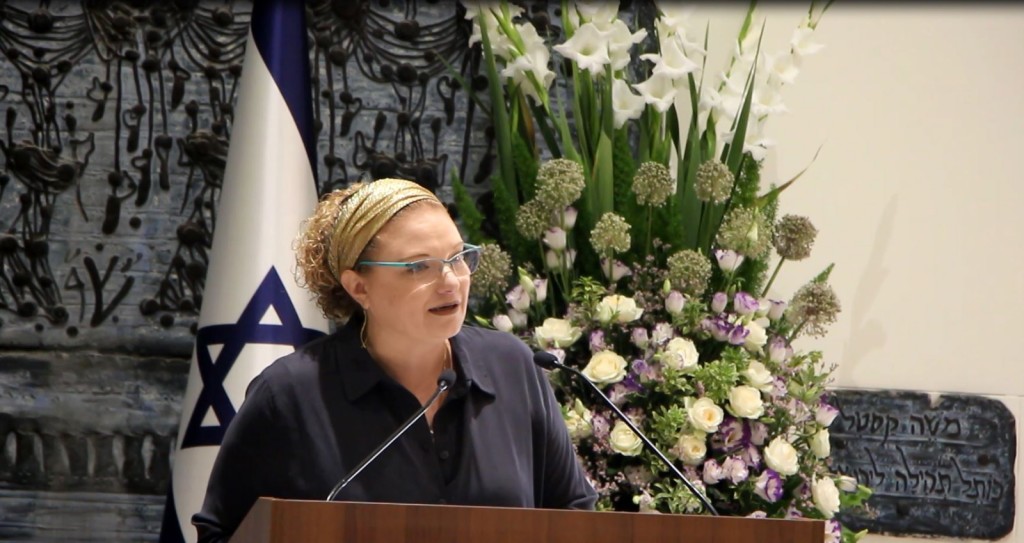 Rabbi Nathalie Lastreger, one of the leading voices in Masorti (Traditionial) Judaism, is an activist for religious pluralism and human rights in Israel today. She will speak at Congregation Shomrei Emunah and looks forward to an honest and provocative adult discussion about “The Challenges Facing Israel Today as a Jewish State and a Democratic, Open Society.”

More about Rabbi Lastreger
Rabbi Nathalie Lastreger, rabbi of the HaMinyan HaMishpachti HaMasorti of Kfar Vradim, in northern Israel, completed her studies at the Schechter Rabbinical program in 2014, and was ordained as a rabbi Sep. 2016 . Nathalie’s ordination as a rabbi represents a significant milestone in her life, in which she has always actively pursued her love of Judaism despite the idea of a woman rabbi being completely foreign to her surroundings.

Rabbi Nathalie was born in France and came to Israel with her parents at age 10. She was raised in a religious Sephardic home and chose to study at an Orthodox girls high school. She became more and more Orthodox, marrying a Yeshiva student who become a Rabbi, making her the ‘rebbitzen‘, teaching young brides before their wedding and spreading Judaism and observance of halacha.

Grappling with fundamental doubts about the state of human rights and women’s issues in the Ultra-Orthodox world, and as a mother of 3 young children, Rabbi Nathalie got a divorce and began to rethink her Jewish path. Without discounting her past or the religious education she received, Nathalie searched for a home within Judaism that gave expression to egalitarian, humanistic and pluralistic values, and found that home in the Masorti movement.

For nearly a decade, Rabbi Nathalie has committed herself to giving voice to this expression of Judaism in order to promote political, religious, and social change from a Jewish perspective that is open-minded, inclusive, and pluralistic.

In the time since beginning her rabbinical studies, Rabbi Nathalie became a member of Rabbis for Human Rights; has lectured at army preparatory programs about the meaning of Israel as a Jewish & Democratic state; has initiated social activities aimed at broadening public discourse in Israel on pluralistic Jewish identity while safeguarding the rights of women and the minorities;  has joined and led services as part of Women of the Wall; and has taken part in interfaith organizations and educational programs aimed at decreasing racist and anti-democratic  behavior in Israeli society.

During this time, Rabbi Nathalie also began her congregational rabbi career, leading Kehilat Sinai in Tel Aviv for almost two years and several congregations and Conservative organizations in Israel and North America in various roles.  She moved to the north of Israel in July 2016, joining the Masorti Minyan in Kfar Vradim as their new Raba.