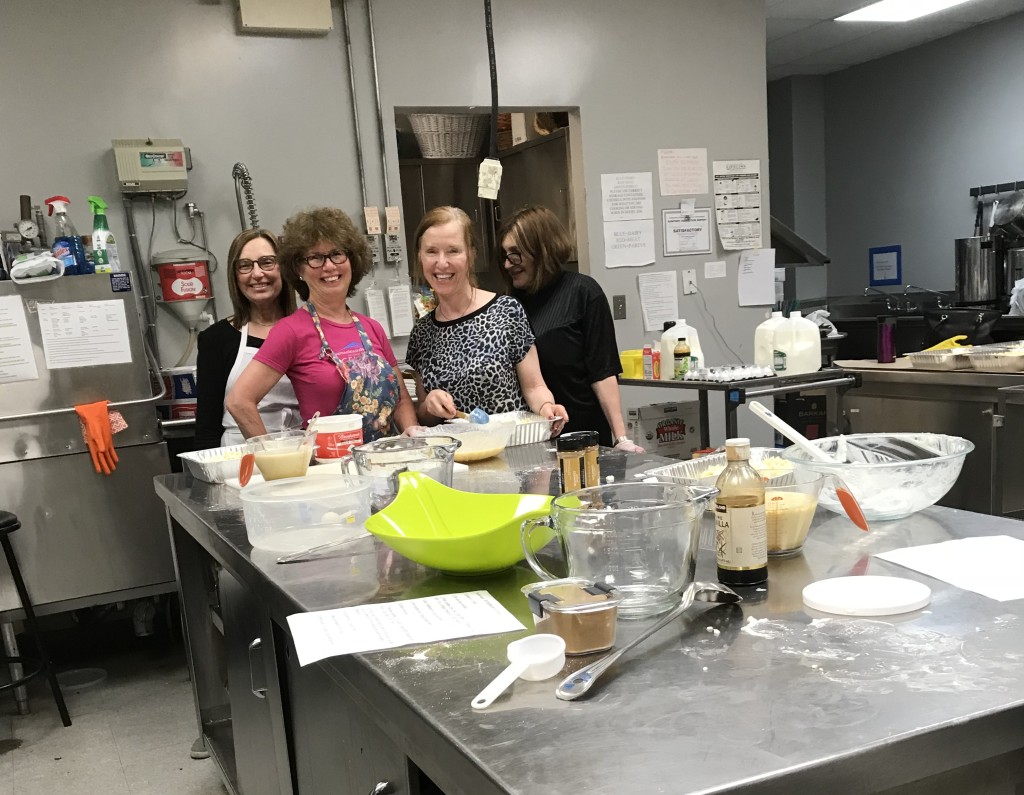 The weeks of anticipation were almost over. Shavuot was just a couple days away. Shomrei’s preparations for the community Tikkun were in high gear especially in the kitchen where the refrigerator shelves were overflowing with butter and eggs, vegetables and fruit.

The quiches had been baked; the cheesecakes were here, too. The blintzes were being prepped.

But what about the kugel? It’s not Shavuot without kugel. And why kugel and other dairy dishes?

There are several explanations but my favorite ones are that the Israelites were like babies at Mount Sinai. And what do babies eat? Milk, of course.

The other explanation that I found interesting involved numbers. The Hebrew word for milk is chalk. The numerical value of the letters equal 40. And forty is the number of days that Moses was on Mount Sinai while receiving the Torah. 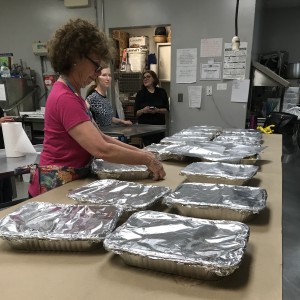 And they even had time to clean up.

It was hot work but the conversation was cool as the cooks laughed and shared stories of families, growing up, cooking,and food.

It’s true indeed that many hands make light work and that, even for non cooks, working in the Shomrei kitchen can be fun.

Try it some Friday morning. We’d love to let YOU in on the secrets of the Shomrei kitchen.