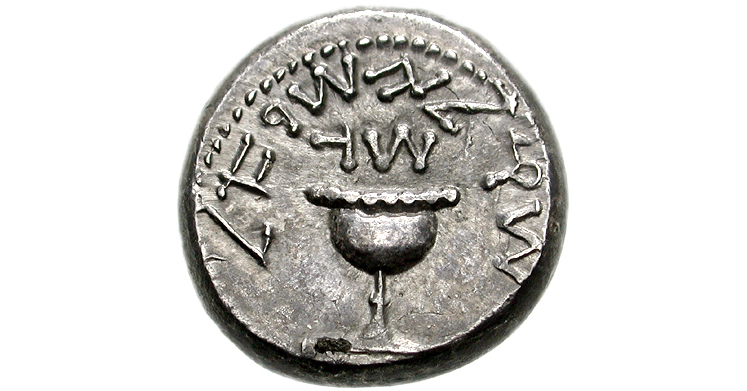 The Israelites are commanded to each give a half-shekel. This tax serves two purposes: it is a means of counting everyone, creating a census, and it is also the way the annual budget for the upkeep of the new Sanctuary will be met. But the Torah is not content to leave it at that. This levy is characterized in a very special way. It is called “money of atonements (kippurim).” (Ex. 30:16) This is the same word used for the Day of Atonement – Yom ha-kippurim.  The Torah demands that “each person shall give the atonement of his self/soul.” (v. 12) And a few verses later we read: “The wealthy shall not increase nor the poor decrease from half a shekel, to give the gift of the Eternal, in order to atone for your selves/souls.” (v.15)

So, whatever practical purpose these funds may meet, they are given the explicit purpose of achieving “atonement” for the giver. To be clear, though, this gift is not dependent on one’s awareness of doing anything wrong that might require personal atonement. Rather, this is an annual, universally (for all adult males) binding, automatic requirement. Yet, the defined means for atonement seem so paltry! Are we really so easily atoned for?

We are challenged to try to understand the type of “atonement” here mandated. Perhaps the meaning of the term can be clarified by noting its use earlier in the Torah’s description of the construction of the Ark of the Covenant. There the term for the lid of the ark is “kaporet”. So, the term can mean “covering, covering over.” The cover is meant, not to expiate sin, but to protect the ark. Understood in this way, the Torah is possibly requiring a yearly gift that keeps each donor “covered.” “Give me half a shekel and I’ve got you covered,” says God. “Do not think that this has to do with your station in life, your achievements or your sins.”  To be covered means to be fully counted among the whole. And that is why everyone must pay the same amount.

Does this shed light on the Torah’s concern about the rich and the poor trying to change the amount? The rich are warned not to give more than half a shekel. The poor are also warned – but they are cautioned not to try to give less. We must therefore assume that this amount is viewed by the Torah as within every person’s reach. The Torah does not demand what is undoable.

But, then, why would the poor think to give less? Perhaps it is precisely because the money is commonly seen as “atonement.” The poor might feel that their economic woes are atonement enough. “No,” says the Torah, “this is not atonement for your sins, to be atoned for by your pain and suffering. No, this is different. You simply must pay the half-shekel to be fully covered.” And perhaps the wealthy might be tempted to give more out a sense of guilt and sinfulness. “No,” says the Torah, “half a shekel is quite enough to cover you.”

Still, even though there seems to be an effort to put everyone on equal footing, rich or poor, the blatant inequality seems inescapable. For the rich, of course, a half-shekel is a trivial amount, indeed. So, they are spared any real sacrifice. But the poor must come up with a half-shekel even if it hurts!

As opposed to what we find in other situations, in this instance the Torah does not create a sliding scale that recognizes the limited means of the poor. Those other instances apply to real cases of atonement or religious celebration. Then the poor person is given every means of minimizing their religiously incurred expenses. But this campaign is not about helping each person in their unique need. This is about including every individual within the collective – as an equal. It is as if the Torah were saying, “We know that to ‘count’ is a tougher challenge for the poor. That is the reality.”

As long as there are poor among us, this is the sad truth that resides within this religious project. Messages of social and human equality are important. But they should not lead us to forget that the world is still a place of grave inequality. Even with equality as the goal, the Torah’s striving is imperfect, for there is still a stark difference between what even minimal participation – in society or in a congregation – costs the rich and what it costs the poor.

One thought on “Being Counted: Parashat Ki Tissa/Shabbat Parah”