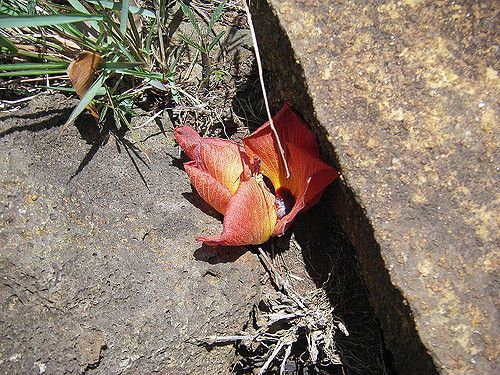 Moses instructs the people to perform an impressive set of acts and ceremonies upon their entering the Promised Land. They are to erect stones and write the Torah’s words upon them. They are to build an altar and offer sacrifices of thanksgiving. (Deut. 27: 2-8) And they are to affirm the covenant between the people and God by proclaiming blessings and curses to the assembled masses. (vv. 11- 26)

These ceremonies are to take place right after entering the land. They are to be performed at a particular location – upon the valley between the two mountains, Eval and Gerizim, and on the slopes of those mountains. These two mountains have been mentioned earlier as being located “near the oak of Moreh.” (Deut. 11:29 – 30)

That is the very place that God first appeared to Abram when Abram first entered the land. (Gen. 12:6 – 7) There God promised this very land to Abram’s descendants. Now the Israelites are living out the fulfillment of that ancient promise. But this national ceremony is not content with celebrating a happy ending. On the contrary. The ceremony is concerned with the conditional quality of this moment. The fulfillment of God’s promise depends on our continued faithfulness to the Torah. The celebration is colored with the dark proclamations of curses and threats.

Indeed, the set up for this ceremony reinforces its cautionary quality. Of the two mountains chosen for this event, Mount Gerizim is designated to be the platform for those receiving God’s blessings. Mout Eval is the platform for the curses. While both the curses and the blessings are meant to apply to the entire people, nevertheless, a dramatic division splits the two kinds of statements. We would therefore expect that Mount Gerizim would be seen as the preferred mountain. It is the mountain that takes the blessings, after all. (The Samaritans do single out Mount Gerizim above all, but our Torah does not.) However, counterintuitively, it is Mount Eval – the mountain of curses – that is chosen by the Torah as the place for the stones that are inscribed with the words of the Torah and it is Mount Eval that is chosen as the location for the altar of thanksgiving sacrifices!

Why does the Torah place its words and call for celebrations precisely on the place it loads down with so much negativity? Perhaps one idea was to counter the black-and-white thinking that may have followed from endowing one mountain with all the curses and then putting all the positive qualities on the other mountain. “No,” explains the Torah, “things are more complicated than that.” There is literally a place – the same place – for thanking God for one’s blessings as well as for recognizing the awful responsibility that such blessings bring in their wake.

The Torah seems to prefer the mountain that presents us with a more challenging and complex vision over the mountain that is more simplified and one-dimensional. Mount Gerizim is a place for passively affirming that the way of the Torah is a way of blessing. But Mount Eval is the more complicated place, where we actively exert ourselves to inscribe the Torah’s teachings on heavy stones that we carry to that place, and where we invite our families and our friends to join with us in our sacrifices, despite the cloud of curses resounding above us. Mount Gerizim is the mountain of blessings. But Mount Eval is the mountain of the undeterred.