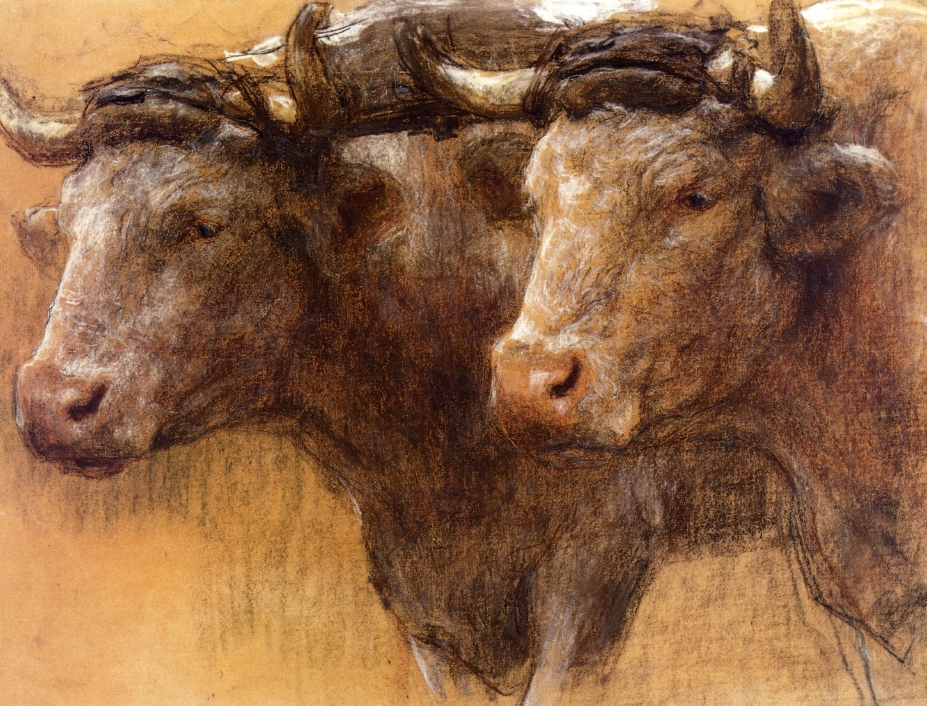 Among the many topics dealt with in our reading, the gifts of the chieftans of the twelve tribes is chosen as the concluding one. This lengthy section celebrates the generosity of each tribe’s desire. The gifts were not commanded by God, but were spontaneously offered. Moreover, the tribes each gave two separate sets of gifts. One set of gifts was a collection of animals  and utensils dedicated to the consecration of the new Tabernacle through sacrificial rites. Each tribe gives the identical gift of animals and utensils and each tribe is allocated its own day to celebrate that gift, totaling twelve days of consecration. (See Sparks 2018) These gifts are offered to serve God.

But another set of gifts is also recorded. These gifts consist of six wagons, each with a team of two oxen to pull them.  For whom were these gifts intended? They were not offerings to God. They were gifts to other Israelites, to the members of the tribe of Levi. The point was not to express reverence to God, but to help make the hard work of the Levites easier. This was a set of gifts from one group of human beings to another.

A number of differences can be discerned between the gifts the tribes offered to God and those they gave to their brethren, the Levites. The gifts to God were easily attributed to each tribe. As the chieftain of each tribe stepped forward, day by day, that tribe’s gift was offered on its behalf. Everyone witnessed Reuven’s gift, Yehudah’s gift, etc. Each tribe was given its due. (See Nahmanides to Num. 7:12-17) Not so regarding the gifts given by the twelve tribes to help their fellow Israelites. In that case, while there were 12 oxen donated, equal to the number of the donor tribes, they are not separated out one by one. No one could determine which ox was donated by which tribe. Rather, each wagon is allocated two oxen, for the wagons offered numbered six, not twelve. This means that two tribes had to join forces to acquire a wagon and then donate it for the use of the Levites. There was no way to tell who donated each specific wagon.  More importantly, it meant that the gift was created through selfless cooperation between the givers themselves. Another difference between the two sets of gifts was that the offerings to God had a clearly delineated use. They were earmarked for specific sacrifices and specific ritual uses. But the gifts to their fellow humans were given with only the most generalized direction. “Here,” said the tribes, “use these wagons in the best way you can, no strings attached.” Their use was decided only after the gift was made.

These details point to an important lesson. Gifts to God were made in accordance with God’s specifically programmed wishes. They followed the rules God had already created. But how we can help our fellow human beings discharge their responsibilities is far less scripted. It calls for empathetic discernment to perceive a need. Then it requires collaborative effort among those who give. Finally, it demands a respect for those we help, to allow them to decide how best to use the gifts we give them. The motivation for the gifts was compassion and fellow-feeling. With wisdom the tribes figured out how they could assist their fellow Israelites. The method for generating the gift was cooperation. The manner of giving the gift entailed empowerment of those being helped. These are essential elements for building a sacred community.