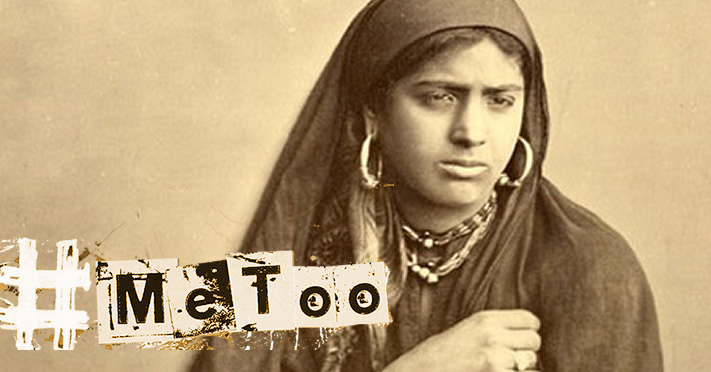 The story of Joseph and his brothers begins this week. After Joseph is sold into slavery in Egypt by his jealous brothers, we encounter an episode of sexual harassment. The wife of Joseph’s master harasses Joseph and, when Joseph resists, she has him thrown in jail. This is the nightmare story of too many victims of sexual harassment. The powerful try to exercise absolute power over the powerless and, all too often, it is not the perpetrators who are punished, but the victims.

This story does not tell of the usual types of sexual harassment, the overwhelming majority of which are directed by men against women. This is because, overwhelmingly, throughout history, it has been the men who have had the power. A more standard example is offered in our Torah portion in another case, the story of Judah and Tamar. In that story the powerful figure is Judah, father figure of his family, a sub-unit of Jacob’s clan. Judah controls the fate of his daughter-in-law, depriving her of her rights to a husband and her hopes for children. But she takes advantage of his weakness when he seeks out a prostitute to sleep with. She masquerades as a harlot and he sleeps with her.

Last week the brothers slaughtered a whole town because they objected to their sister being perceived as a whore. Yet, their vindictive ire was not kindled so as to grant their sister full personhood. Rather, they were outraged that their control over her fate had been usurped by a stranger. Not having learned their lesson, it was sadly inevitable that, in this story, it is Judah who is guilty of perceiving his own daughter-in-law as a whore! When Tamar’s pregnancy becomes apparent Judah wants to put her to death for infidelity. But she proves to him that he, himself, is the villain who had assumed that he could have his way with any woman.  To his credit, he announces, “She is more righteous than I.” (Gen.  38:26. And see further discussion of this story in Torah Sparks for 2010.)

Our Torah portion does not make it explicit, but, by following the unfolding of later Biblical events, we discover that Tamar’s initiative, exploiting Judah’s blundering attempt at exploitation and turning it inside-out, constitutes a crucial step toward the Messianic Era. Her son, Peretz, becomes the ancestor of King David, the ancestor of the Messiah. That is to say, it was necessary to transgress against the patriarchal system in order to make the Messiah a real possibility.

We are finally hearing more and more formerly powerless people – mostly, but not only, women – overcoming their fears and their silence. As they recover their voices all of us would do well to recognize that, if we wish to become more righteous than we were yesterday, we are required to hear their outrage and their pain and their claims to full human dignity,. To take such a step would bring us a giant step closer to messianic redemption.