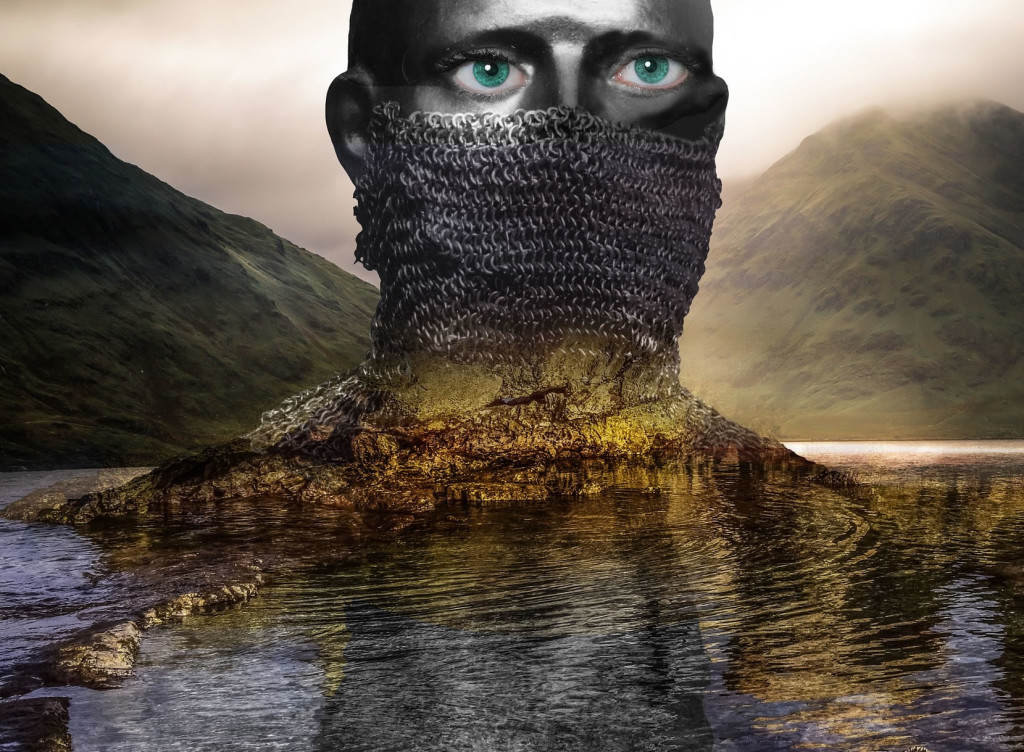 How he survived was a miracle. No. How he survived was by shutting his mouth and keeping quiet. No, it was still a miracle, after all. After all that criminality, after all that hatred, and that violence and that thieving and killing, it was a miracle that they didn’t take him and cut his silent throat. He saw it all, but he didn’t say a word. The wood stolen right out from under him. Silence. The neighbor’s cow slaughtered right before his eyes. Silence.  The neighbor bludgeoned. Not a word from his lips.

It was as if they just did not see him. Was his righteousness a camouflage? But what was he blending in with, when all around him was rape and pillage? Did his innocence make him invisible, while all around him eyes were filled with envy and venom? Was it his silence? He walked among them, but never with them. He walked all by himself, or with God. Did God shield him and envelop him within the realm of the Unseen?

It must have been with dumb gestures that he signaled how to build the vessel. The creatures marched in, apparently prodded onward by his staff and his gaze. For not a word is recorded to leave us an impression of his voice.

The evil world could not stop him, for the world did not seem to see his escape And he continued to be invisible, evading the surveillance of the Destroyer, hidden away and safe in the bowels of the boat. Even when God tells him to leave that boat, after it was all over, he comes out of the boat unseen, for there is no one alive to witness his salvation.

Instead of words of praise and thanks he built an altar to God. He listened to God’s promises and instructions and said nothing. He went off and planted vines. Did he speak to the plantings, coaxing them to new life? We hear not a word.

And then he is actually seen! His own son, with whom he had shared the fear and the darkness and the silence, sees him, as if for the very first time. He sees him drunk, naked and helpless. His son speaks, telling his brothers of the sorry sight. Only his other two sons try to turn the clock backwards and refuse to see their father, silently hoping to return his invisibility to him. But it is too late. When he comes to, he realizes that, finally, he has been seen. And the only words we have from this silent, good man erupt in a howl of rage and shame and malediction. (Gen. 9:21-27)