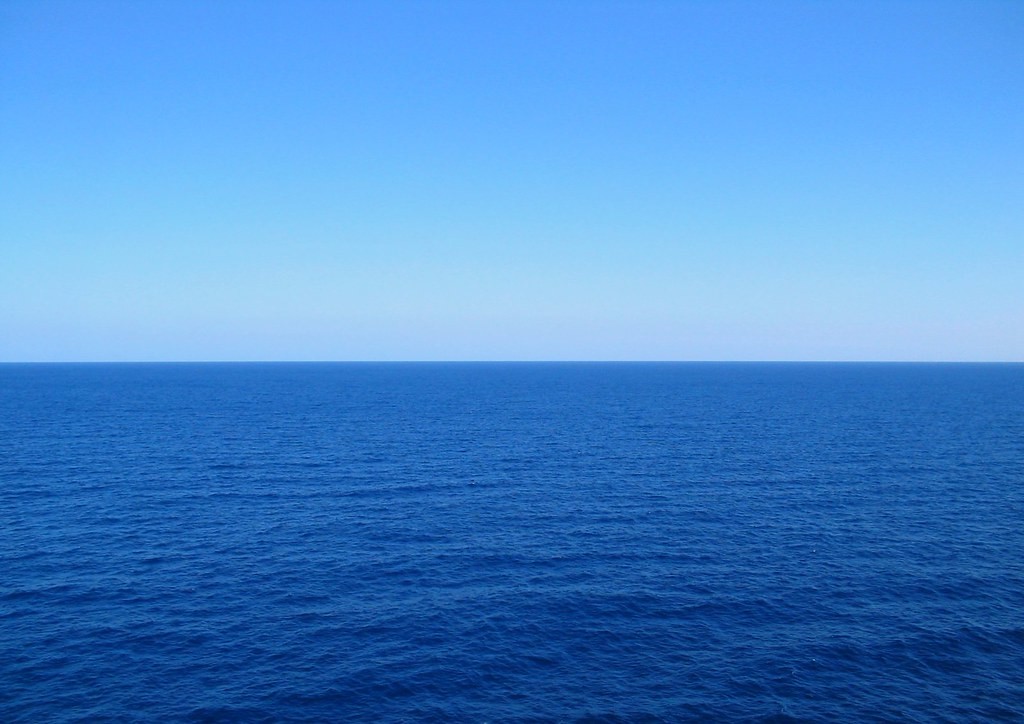 “And they shall put upon the corner’s tassel (tzitzit) a deep-blue (t’khelet) thread, and it will become a tassel for you, and you shall see it, and you shall remember all the commandments of the Eternal, and you shall do them.” (Num. 15:38 – 39) These words, in the closing paragraph of our Torah portion,  describe and prescribe the mitzvah of tzitzit, the ritual tassels placed at the corners of a four-cornered garment. Today we call such a garment, mostly worn during prayer (- a “prayer shawl”) a tallit.  The plain sense of the Torah seems to indicate that this blue thread is what “makes” the tassel and completes the garment. Why is it so important? Our tradition answers that the blue color is evocative. It reminds us of God’s commandments because it reminds us of the infinite expanses of the sea and of the sky, and these associations lead us to contemplate our God in heaven. (yBer. 1:2) Thus the thread is like a scout, or guide, taking us along a voyage of imagination, each step drawing us along until we sense God’s commanding Presence.

But the tallit we are familiar with does not usually look like what the Torah describes. Only a small minority of prayer shawls today have a blue thread included in their tassels. Most of us have tassels with only white threads. Yet, we make blessings all the time about wrapping ourselves in tzitzit even without that crucial blue thread. How can that be?

We know that the blue color mentioned by the Torah was considered a special substance. No substitute could be used in its stead. But the identity of the blue dye that the ancients used to create the special thread was lost many centuries ago. At that point we were faced with a dilemma. Should we relinquish this mitzvah because we no longer have the necessary ingredients? But the Sages, almost 2000 years ago, would not hear of such a thing! They declared that we could still have a valid tallit without tekhelet (- see mMenahot 4:1). Because that blue thread was seen as a means to trigger our spiritual imagination, the Sages understood that it was our imagination, more than the thread, that was essential for the tallit to perform its proper role. And they insisted  that our imagination could still be inspired, even in the absence of the blue thread.

This was an legal act of spiritual audacity. And it was an act of placing great faith in the people of Israel. Our Torah portion – in the story of the spies – mostly tells of Israel’s failure of faith and of imagination. But the lesson of that failure for the Rabbis was to be determined not to commit a similar failure. The simple gift that God gave to us, in instructing us to make tassels on our garments, became our opportunity to prove to God that we could hold fast to our faith and that we would believe in our capacity for spiritual imagining – to an extent that even God had not believed possible.

The audacious choice of our Rabbis is evident, also, in the way they read the phrase  “and it will become a tassel for you, and you shall see it.” They do not rest content with the command to “see it” – the thread or the tassel. They go much further and translate the phrase as – “it will become a tassel for you and (then) you shall see Him (- God).” (BTMen. 43b) The blue threads that some people have today are used because the claim is made that the ancient die has been rediscovered today. But, for the Sages of old, the challenge was whether, for each of us, every day,  our powers of spiritual imagination could be rediscovered and repossessed.

Image: “Sea and Sky” by pasujoba is licensed under CC BY-SA 2.0