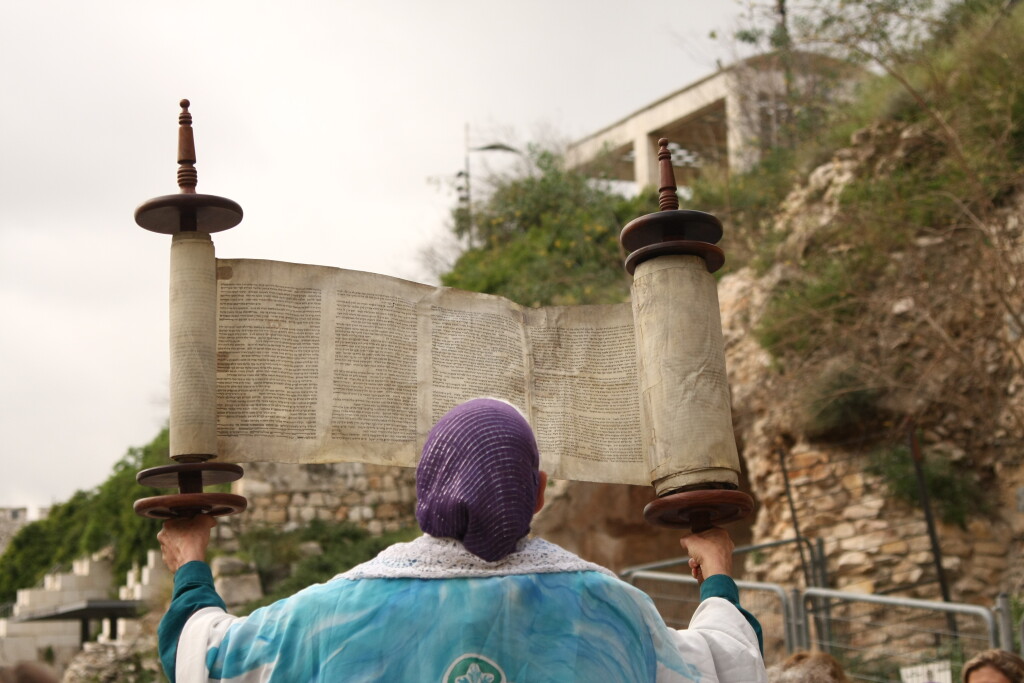 The last verses of this last portion of the book of Genesis have Joseph, on his deathbed, making his brothers swear that, ‘As the Almighty will surely remember you, you must take my bones up with you from this place.’ The narrator then reports that Joseph died and was embalmed. The book closes with a dark image of closure: ‘And he was placed into a coffin chest in Egypt.’ (Gen. 50:25-26)

But, of course, this is only an apparent image of closure, since we are meant to wonder whether Joseph’s brothers or their descendants will remember Joseph’s bones and retrieve them when redemption arrives.

The empty lines in the Torah scroll that separate these verses from the start of the next book, Exodus, give us space to ponder and imagine what the other brothers were thinking and feeling as they watched their brother – their victim and then their protector – descend into his casket, wonderfully preserved by Egyptian morticians, yet dead and gone, nonetheless. Joseph’s true preservation depended on the efforts of his brothers to faithfully tell and retell their story and his, until the time of redemption and return.

That act of faithful retelling would serve as a continuation of the process of reconciliation only just begun with the reunification of Joseph and his brothers. For there was much work left to be done. This last parashah includes the disturbing scene of Jacob, the brothers’ father, who also spoke to them on his own deathbed. The words uttered by the patriarch convey bitterness and scorn as much as love, satisfaction and blessing. The work of reconciliation between father and children had not been completed. With Jacob dead, what more could be done?

It is here that the collective imagination of the Jewish people arose to complete the task. The text of the Torah conveys only the outline of the story – the bare bones, as it were. But those bones needed to be retrieved and restored to a place of security and belonging. The awkwardness and suspicion that had infected the tissue binding this sacred family together had to be healed. The bare bones of the story would have to be filled in through faithful imagining.

So we imagined that there were other words spoken in that emotionally charged bedroom. Indeed, Jacob’s fears and disappointments concerning his sons were real enough. He called them together and asked, ‘Is there in your hearts, perhaps, any scrap of division separating you from the One Who Spoke so that the world came into being?’ The results of all the years of Jacob’s striving were in doubt. Had he failed to implant the love of God in the hearts of his sons, as he had failed to fill their hearts with his own love?

But, no. The vital force of love and faithfulness that powers our imaginative retelling of the tale overcomes Jacob’s suspicions within the tale. The sons respond to their father with words that became the very core pronouncement of the Jewish people: ‘Hear, O Israel, the Lord is our God. God is One!’ (Deut. 6:4; see Sifrei 31) Grateful Jacob, on hearing the Divine Name pronounced, as it was on the Day of Atonement, the day of forgiveness and reconciliation, responds, ‘May the Glory of God Manifest overflow for ever and ever.’

And so it does. For every day the Jewish people express their faith by repeating those words. The sons’ assurance is recited out loud, while their father’s reaction is recited silently, in the realm of our imaginations, the space where God’s Glory overflows and overcomes division and discord.

Photo “Women of the Wall” by meghamama licensed via Creative Commons