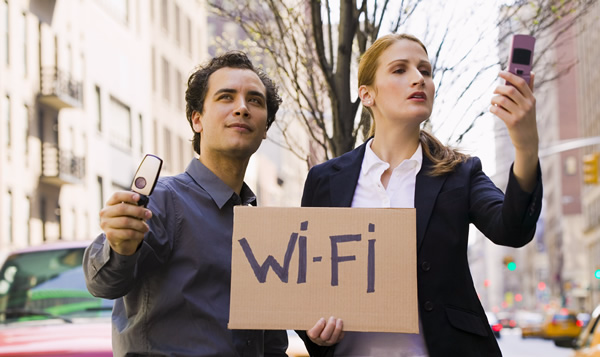 Many of us have struggled with trying to find a good phone, wifi or internet connection in the places we find ourselves, whether in some buildings or in some remote locations.. There was a long running commercial that showed a person walking along with his phone, continually asking, “Can you hear me now?” Something like that happens in our Torah portion.

The story of the prophet Bil`am, whose attempts to curse Israel are thwarted by God, Who puts words of blessing into Bil`am’s mouth, instead, occupies the bulk of our Torah reading. Again and again Bil`am tells his patron, Balaq, king of Moav, who has hired him to curse the people of Israel, that he will try his best, but that it is really up to God.

Balaq brings Bil`am to a high mountain that overlooks the Israelite encampment. Bil`am is meant to look at them and then cast a curse at them. But he says words of blessing, instead. Bil`am blames God for this embarrassing lapse. And after he fails in this first attempt, he suggests to Balaq that perhaps they should move to another location and try there. He fails again and suggests, once more, that they move to another location and try again. And he fails again.

What was Bil`am thinking when he made those suggestions? Apparently he believed that God’s will could be influenced depending on the particular place Bil`am occupied as he appealed to God through his sacrifices. He was experimenting, trying to find the right place that would connect up to God’s desire to accede to Bil`am’s wishes and curse Israel. He was looking for a “hot spot.” But each time he fails to find that kind of spot because there are no such magical places that supply us with the “connection” that can bend God’s Will to our own.

Or, perhaps, to be more circumspect, there are no places that can automatically help us get God to send out curses. This is the message that God had sent to us at Mount Sinai, saying: “In any place that I cause My Name to be recalled I will come to you and bless you.” (Ex. 20:20) The lesson is that it is not the place that determines whether God will curse or bless the people. Anywhere we gather to remember God’s Name ( – which is “Eternal One, Compassionate and Gracious God”) is a good place that can bring down blessings upon us and those who need it.

It is fitting that Bil`am’s last set of blessings to Israel, uttered after he finally admits that he cannot curse us, expresses a very difference sense of place. Instead, he is moved to celebrate “how good your tents become, O Jacob, your dwelling places, O Israel!” (Num. 24:5) He is in awe of places that are not special because of some magical property, but are rather made special because they are imbued with holiness by their inhabitants, who peacefully dwell within them in decency and mutual respect.

Image: “Couple looking for cell phone signal with Wi-Fi sign” by verkeorg is licensed under CC BY 2.0. Photo has been altered and is used with permission.