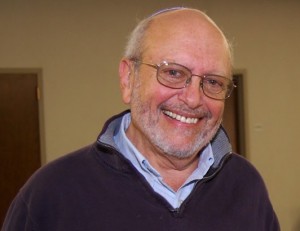 Recently my positive comments about an event were dismissed with the statement “Oh, you like everything.” I laughed and said it was in my nature. But, the truth is I don’t like everything. In fact, I can be very judgmental and at times enjoy being so. But, the point being made by my “accuser” was that I was being indiscriminate, lacking in discernment, and therefore my judgement was suspect or not to be taken seriously. My father (of blessed memory) was also criticized for liking “everything.” After all, how could anyone take someone seriously if they like everything!

While I can certainly understand this point of view and see its merits, I would like to offer a different perspective. Many people dare life to please them, life comes up short for them––more often than not, things just don’t measure up. The common philosophy is to look to others for happiness, to seek satisfaction in circumstance, to have a book, performance, or concert “do it for them.” My father on the other hand was someone who simply loved to love. He was discriminate to a point. He loved great literature and felt pity for those who did not appreciate it. However, he brought his satisfaction to things, rather than seeking it from them. He went to the theatre, or a concert, eager to love the experience. Of course he was bitterly disappointed at times, but what he brought to such occasions was the desire to be deeply affected.

So, given my history I am inclined to join my father in his seemingly indiscriminate infatuation with all that life has to offer. Was he dismissed by other who were more discriminate? Of course. Was he troubled by it? No. He viewed life with a sense of what Rabbi Abraham Joshua Heschel called radical amazement. It had a huge impact on me. And so … I guess, I’m just a guy who likes “everything.” 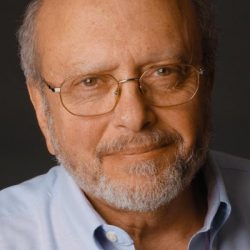 Nick Levitin
owner at Nick Levitin Photography
Nick joined Shomrei in 2009 and is a past president of the shul. Almost since joining, Nick has been interested and involved in every aspect of the synagogue while also volunteering for many active roles. Nick runs his own photo portrait business and is Shomrei's unofficial photographic historian. He attends Shomrei with his wife, Audrey and children Nina and Josh.

4 thoughts on “A Guy Who Likes Everything: A Defense”