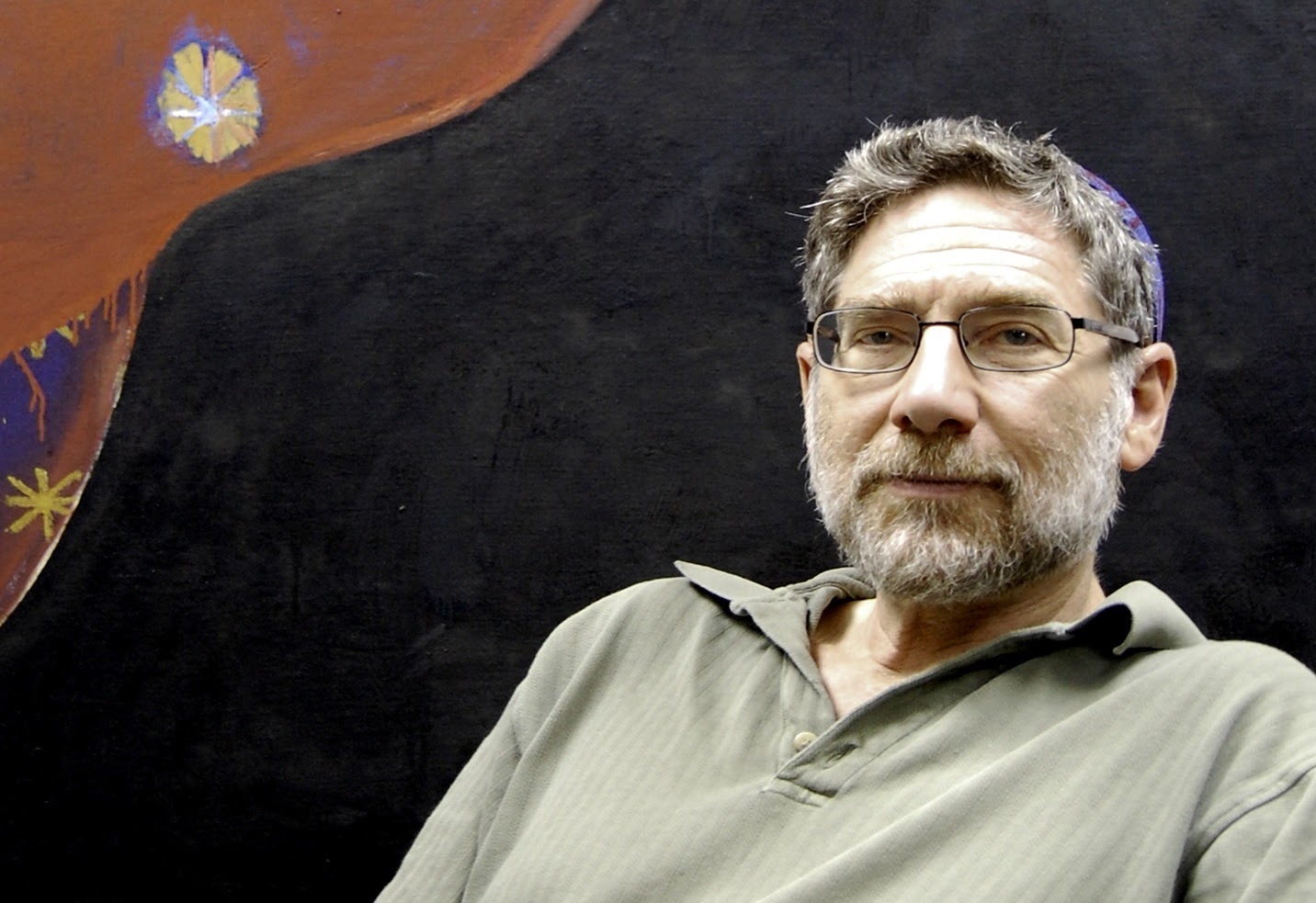 Rabbi David Greenstein’s tenure as spiritual leader of Congregation Shomrei Emunah started not with a bang but a silence. A sanctifying silence. On his first Shabbat on our bimah, in August 2009, he introduced us to the practice of maintaining absolute silence until all congregants finished reciting the Amidah to themselves. No kibbitzing with your seat-mate about afternoon plans. No rabbi moving on to the next reading once most of us were seated. At every Shabbat and holiday service for the next 13 years, if anyone was still praying, the rest of us held the silence. In time, the silence itself felt like prayer. It was an early lesson from our new rabbi in achieving communal holiness, not through words or deeds but through respect. A community of all for one, as well as one for all.

Rabbi Greenstein announced upon his arrival that his greatest value was building Jewish community. And in a recent conversation, that is how he looked back on his years as our rabbi: “I tried as hard as I could to share my love for living a Jewish life, for studying Torah, for connecting people, to be there for people. That’s what I tried to do.”

His actions were true to his words—from bold strokes such as a congregational trip to Israel, Shomrei’s daring adoption of voluntary dues, and his re-interpretation of Leviticus 18 that eliminated the Biblical ban on homosexuality, to the quiet of study groups, pastoral visits, and of course our practice surrounding the Amidah. Along the way, he taught us by example to find opportunities for holiness in overlooked spaces, chance encounters, everyday experiences.

What follows are several more ways of thinking about his impact.

Never had Shomrei had such an accomplished scholar as a rabbi, and Rabbi Greenstein shared his love of Jewish texts by leading intimate classes in Zohar, Talmud and Torah every week – deftly switching to Zoom when the pandemic intervened. Rather than insist that congregants meet him at his level of scholarship, he humbly welcomed perspectives that our diverse membership brought to the interpretation of great texts. At every class of the last 13 years, he celebrated the ways that Torah study was enriched by John Lasiter’s insights into theater, Audrey Levitin’s into criminal justice, Fern Heinig’s into business, the late, great Herman Gollob’s into literature and numerous others’. Rabbi Greenstein created such a dedicated learning community that the group continued to meet without interruption when he was away on sabbatical. And it continues to hold space for those no longer here, such as when an especially literary passage recently prompted one member to observe, “Herman [Gollob] would have loved that.”

Rabbi Greenstein set out to make religious services accessible to everyone regardless of their background knowledge. On some Shabbatot, he would leave the bima to lead an “alternative service” later renamed Avodah SheBalev (Service of the Heart) in the social hall, where he taught the meaning of individual prayers and rituals like the donning of tallit. He also led monthly healing services on weeknights. Foregoing sermons on Shabbat in favor of weekly interpretations of Torah readings, he turned the sanctuary into a place of learning as well as worship. It was also at his suggestion that we replaced the first few rows of pews with a semi-circle of chairs to make the sanctuary more welcoming.

Rabbi Greenstein pushed to bring musical instruments into the Friday night service to encourage individual expression and defended the participation of young children on tambourines and bongos to some members who found it cacophonous. When interest surfaced in hiring professional musicians for certain holidays, he argued for tapping our in-house talent first, leading to the creation of Shomrei’s one and only Park Street Band.

Perhaps Rabbi Greenstein’s most consequential contribution in institutional terms was our move from traditional dues to a sustaining share model, which Shomrei calls Open-Door Judaism. It was his idea to explore this shift, again in the context of community-building. The year was 2013 (?), and Shomrei was mounting a capital campaign in the face of a financial crisis. Rabbi Greenstein recalled seeing the campaign as an opportunity for institutional soul-searching: “Why are we raising money? What are we building?” As rabbi, he attended board meetings, hearing ongoing laments about budgetary shortfalls and members not able or willing to pay their dues. He sought out congregant and board member Andy Silver, an economist, to propose “a different economic model and a different way of thinking about who we were. We aren’t a country club that you pay dues to. We’re more of a co-op.”\

An exploratory committee was created with Andy and Fern Heinig as co-chairs. This became the extraordinarily fertile 2020 committee, a years-long exercise in strategic planning that led not only to the sustaining-share dues model but also a new statement of core values, “Shabbat school” in place of Sunday school, and the creation of alternative Shabbat programming (Shabbat yoga, @Nourish) to attract less traditionally observant members, all culminating with a community-wide Kiddush. In spirit and in fact, Shabbat became the heart of Shomrei’s week.

The congregation’s vote to adopt the sustaining share model has made Shomrei both more financially stable and more inclusive. Many of our members consistently give more than their share. And while few preschool families chose to join the synagogue under the old model, many now do and have become active members, bringing new life to the Shomrei family. Membership is now equally accessible for younger families with limited resources, those who are more established and older adults on fixed incomes.

Shomrei also became more welcoming to interfaith families under Rabbi Greenstein’s leadership. With the approval of the ritual committee, he offered interfaith couples who planned to create a Jewish home an aufruf ceremony on the Shabbat before their weddings. He also invited non-Jewish spouses to read English-language prayers at their children’s b’nai mitzvah celebrations—a “no-brainer,” in his view – and to sit shiva when family members died.

His support of LGBTQ Jews didn’t stop with his re-interpretation of Leviticus 18. He also won the backing of the ritual committee to offer congregants the option of being called to the Torah in gender-neutral terms rather than as their parents’ sons or daughters, a change gratefully embraced by parents of trans and non-binary children.

Rabbi Greenstein led by example in the field of social action. Beginning in his first month as rabbi, and consistently for the next 13 years, he and Zelda supported Shomrei’s Interfaith Hospitality Network chapter, which hosted homeless families with young children for one week every August and December. Shomrei’s first couple faithfully volunteered as the families’ overnight guardians for one night of each hosting week, bedding down on air mattresses and sleeping bags on the YAC floor. Their dog, Kasha, always came along, bringing smiles to the faces of the children despite all the upheavals they were navigating.

Insisting that Shomrei should do more than merely lament America’s escalating income inequality, Rabbi Greenstein advocated successfully to raise the pay of our custodians well beyond minimum wage. And when he attended a Montclair community meeting in 2019 where an officer of the town’s NAACP made antisemitic references to Hasidic Jews – unrebutted by anyone in the audience, which included elected officials – Rabbi Greenstein rose and eloquently called out the sin, as he characterized it, and the silence that greeted it. Rather than allow the confrontation to fester into a black-Jewish schism, he quickly convened a meeting of Montclair’s rabbis and African American pastors who pledged to work together to combat bigotry in all forms, including antisemitism and racism. The NAACP official publicly apologized, and the organization suspended him for six months. As a result of Rabbi Greenstein’s leadership, the episode led to more rather than less interracial and interfaith cooperation among Montclair clergy.

Unknown to many congregants, Rabbi Greenstein, who expressed support for many aspects of Black Lives Matter, also served as a volunteer chaplain to the Montclair police. This came about, he said, when he received a notice from the police department about training sessions for clergy willing to serve as chaplains. “I said to myself, `You don’t really want to do this, and that’s why you should,’” he recalled. “It cuts to the heart of where our society is struggling. It goes into the question of how we honor people who put their lives on the line to protect us and help them not become brutalized by what they have to do.” He said he never had to counsel an officer following a violent encounter. Rather, his duties included offering prayers at certain gatherings and spending time with officers and their families. “I have tremendous awe and respect for people who devote themselves in good faith to being peacekeepers of our world,” he said.

When the Covid pandemic struck New Jersey, Rabbi Greenstein moved quickly to insure the safety of the congregation, strongly advocating that we close down the synagogue and moving Shabbat morning services online. He also provided weekly online classes that sustained many members whose worlds had shrunk to the confines of their homes. And he made certain that every member received a check-in by phone from him, lay leaders or the Mensch Squad. From the start of the pandemic, he assembled a committee of Shomrei physicians to guide him and lay leaders in protecting the health of all members and staff and assessing when and under what conditions to reopen the synagogue. That collaboration continues even as in-person services have resumed with restrictions and with hybrid options still available.

It is impossible to do justice in a limited space to Rabbi Greenstein’s many contributions over these past 13 years. Some of his impact is intangible, drawing on his character, spirituality and personal courage. His leadership manifests itself in public but also in countless private acts — how he treats others and engages with the world around him, modeling for all of us what it means to live a Jewish life. Much like the silence of the Amidah, his impact has grown on us over time. In giving so fully of his heart, mind and soul, he made us a better, stronger and holier community. Exactly what he set out to do. 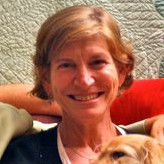 Dale Russakoff
Dale Russakoff is coordinator of the Mensch Squad and co-coordinator with Shirley Grill of our work to house homeless families through the Family Promise program. She and her husband, Matt Purdy, an editor of the New York Times, have been Shomrei members for more than twenty years. Dale was a reporter for The Washington Post for 28 years and is now a freelance writer.Dale and Matt have two grown sons, Sam and Adam.

5 thoughts on “A Stronger and Holier Community”