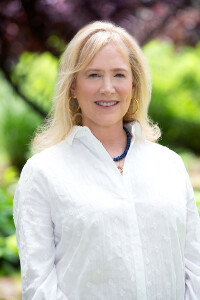 Usually I don’t begin a Jewish yoga practice discussing yoga, but instead, start with a drash or commentary on the parsha or theme of the morning.

Decades ago when I first began practicing, I started with Ashtanga Yoga, a very precise form of yoga that is composed of six series, each of which has a set order of prescribed poses. The first series (I never made it much beyond the first, and not sure I ever really “nailed it”–more on that phrase in a moment–even at that) has about 40 poses.

But, I obsessively worked my way through these poses, intent on checking each one off, oblivious to yoga’s other goals: inner peace through self-reflection. Fast forward to today, that initial obsessiveness has given way to where I intellectually appreciate the consistency of Ashtanga yoga’s systemization of postures, but have matured to accept and relish a middle ground: It’s not the pose–yes, I continue to attempt tougher ones to challenge myself, as long as I don’t risk injury–but it’s the mindset I bring to it that’s key. Doing the same sequence isn’t important, nor whether my pose is “perfect,” or whether I’ve “nailed it,” words anathema in yoga. What is important is whether my yoga, or anyone’s, is a vehicle, through focus and discipline, through focusing on the breath, to self-awareness, to mindfulness, to paying attention to the present moment.

So let’s connect this to our theme for this morning, Order or Seder–of course, we know that word from Passover–but it’s also one of the middot in Mussar. Let’s unpack this: A middah, the singular of the Hebrew word Middot, is a trait, like being grateful or compassionate, studied in the Jewish ethical system of Mussar. The soul-trait or the trait of order, says Alan Morinis, a current popularist of Mussar, is all about choosing the middle way, just like I’ve done in my approach to yoga–more on that. “Too little order gives birth to chaos,” Morinis says, “while at the other end, too much order ties us up in obsessive rigidity.” At the chaos end: Too little order can cause stress because one is disorganized, or loses things, or wastes time: As the title of a book on organization says, “It’s Hard to Make a Difference When You Can’t Find Your Keys.” Or to quote Rabbi Israel Salanter, the founder of Mussar, “first a person should put his house together, then his town, then the world.”

At the other end of the Order spectrum, as I noted, obsessive rigidity: Too much order can be stressful when things don’t go according to plan. And it’s not a great incubator for creativity or thinking outside the box. As humans, of course, we need some order. Order is fundamental, for example, in order to achieve. Without systematically doing something, or doing something with discipline, one can’t go from being mediocre to accomplished (I highly recommend the book, “Grit”). But perhaps, we can have less stress and more fun in our lives doing yoga, in our work, in our practice of Judaism and spiritual work, if, and I’ll speak for myself, if I give myself leeway or permission or freedom to shake things up a bit but not so much that I have no structure. Both too little structure, and too much freedom in yoga, for example, can lead to injury. You can hurt your neck doing a full shoulder stand without careful attention to alignment, and I would say, using props, blankets. Same with the asanas, or postures, fish or headstand. On the other end, too much rigidity or expecting perfection–my initial approach to yoga as an Ashtanga devotee–courts injury as well through slavish focus on physical accomplishment.

Let’s go from yoga to spend a moment on Passover, since Passover is right around the corner. Our Passover “seder,” order, is based on the same guide or manual, the Haggadah, with its 15 steps, that has been used for hundreds of years.  As one Mussarist says, too much order and one gets religion without soul. How do you feel about your seder? Does it meet your spiritual need? Is it too systematized? Perhaps telling is that many people I know, including myself, don’t follow the Haggadah exactly. My mother, of blessed memory, added her own songs (“The Four Sons” sung to “My Darling Clementine”–perhaps you know that one) and political messages, so much so that her custom Haggadah became a front page story in the Chicago Sun-times. Vis a vis Passover, the question I leave you with, is how can we create a seder experience that embraces order but also freedom, to make it more spiritual, to bring us closer to God?

We’ve gone from Yoga to Passover, seeking a middle ground in each between Chaos and Obsessiveness. Let’s move off the mat to our lives. Where do you sit on the spectrum between chaos and obsessive order in your home, your work? Greg Marcus of American Mussar says, “let’s not make our jobs this morning too great: What’s one small change you can make in the direction of balance for your Order Soul Trait?”

As for our practice: We are taking the highly structured Ashtanga first series and modifying it to fit our needs, concerned about structure in terms of alignment and safety but adding the option for you to make the poses yours in any way, and above all, making them accessible, irrespective of what the “real” pose, the set structure, looks like. I’ll make suggestions as we go along, but this is your opportunity to take structure and impose a little chaos upon it.

Thought to end our practice:

From: Everyday Holiness, by Alan Morinis

Rabbi Shlomo Wolbe says in the name of the Alter of Kelm that order can be compared to the clasp on a pearl necklace. The pearls are what make the necklace, and they are definitely more important than the clasp, but without the clasp the pearls will fall off and scatter, and all that will remain of the necklace is the string alone. Similarly, a person contains an abundance of strengths, intellect, character traits, and qualities. But without order, all these virtues will scatter, and he or she will be left with nothing.