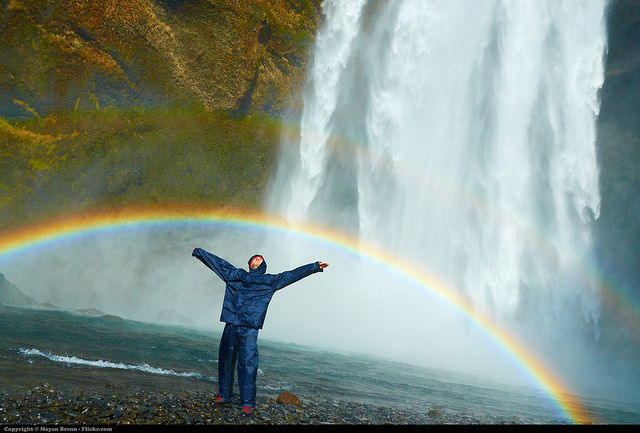 It is fitting that on Shabbat Hagadol, which precedes Passover, that we show our gratitude for the great miracles that resulted in our release from bondage in Egypt. But we are not limited, of course, to expressing gratitude on only this one Shabbat.

It seems, though, that as a people, we Jews haven’t been so great on the gratitude front. Think again: the Passover story. Gratitude was not a strong point of the Jews during their life in the desert, albeit a difficult time. As Britain’s former Chief Rabbi Lord Jonathan Sacks writes: They complained about lack of food and water, the manna, the lack of meat and vegetables, about the dangers they faced from the Egyptians as they were leaving and about the people who lived in the land they were about to enter. Moses warned, however, Sacks says, that it would be even worse to be ungrateful during good times:

When you have eaten your fill and have built fine houses and live in them, and when your herds and flocks have multiplied, and your silver and gold is multiplied, and all that you have is multiplied, do not exalt yourself  {my emphasis}, forgetting the Lord your God, who brought you out of the land of Egypt, out of the house of slavery … (Deut. 8:11-17)

Yet, this is precisely where some of us may find ourselves during good times. But I should speak only for myself.

I remember my mother jokingly–but not really–always asking each of her four kids, “are you happy?” Honestly, I never really knew how to answer her.

Gretchen Rubin, who wrote the bestseller The Happiness Project detailing the year of her life that she spent working on being happier, seemed to have the same problem, acknowledging gratitude. She quotes from the show “The Newsroom”: “On the off-chance that you won’t live forever, maybe you should try to be happy now.” She then moves on to a more scholarly source, the writer Colette, “What a wonderful life I’ve had! I only wish I’d realized it sooner.”

Like Gretchen Rubin, why am I not more consciously and outwardly grateful for the bounty that is my existence?

What I learned from reading about gratitude is that it is teachable. We can condition ourselves to express gratitude, and with amazing consequences:

First, what are these consequences?:

Dr. Brent Atkinson, professor emeritus of marriage and family therapy at Northern Illinois University, says that“We’ve learned that whatever the brain does a lot, it gets good at. If through gratitude, you create a positive mood, you reinforce the brain pathways that will then generate more positive feelings. You can think of gratitude as a form of mental exercise that primes the mind for positivity.”

Lord Jonathan Sacks cites the Nun Study as more concrete proof of the benefits of being grateful.

In the 1990s, some 700 American nuns agreed to allow their records to be accessed by a research team investigating aging and Alzheimer’s. At the start of the study, the participants were between 75 and 102 years old. In 1930, these same nuns, some then in their twenties, had been asked by the Mother Superior to write a brief autobiographical account of their life and their reasons for entering the convent. These personal stories were later analyzed by the researchers who registered, among other things, positive and negative emotions. Later, when assessing the nuns’ current state of health, the researchers were able to test whether their emotional state in 1930 had a relationship to their health some sixty years later. The study was published in 2001 and what it said was this: The more positive the emotions that the nuns expressed in their autobiographies – contentment, gratitude, happiness, love and hope – the more likely they were to be alive and well sixty years later, with a difference of as much as seven years in life expectancy.

Well, what if you’re not obviously or inherently grateful?:

Even if you don’t come to gratitude or being grateful naturally, you can engage in “gratitude interventions,” which can have an effect for months, according to Dr. Martin Seligman, one of the founders of a field called positive psychology, extensively quoted in one of my favorite books on gratitude, The Gratitude Diaries, by Janice Kaplan. As Seligman says, “You get relatively ungrateful people like me and have them do gratitude journals and letters and visits and see if their well-being increases.” (He says it does.)

Being grateful can even lower depression. Again, Seligman: Research shows that writing a gratitude letter and delivering it in person could lower levels of depression for as much as a month. Other scientists have found that keeping a gratitude journal can lower blood pressure and improve sleep. Dr. Jeffrey Hoffman, a psychiatrist at Mass General, says that for patients who were depressed, even hopeless or suicidal, “Writing a letter of gratitude was the single most effective positive intervention we found.”

Another gratitude intervention: Making time for friends and companionship. All research agrees that having strong social bonds is probably the most meaningful contributor to happiness.

Our yoga practice this morning is in itself a gratitude intervention. Amy Cuddy, a Harvard Business School professor and an expert on body language, tells of how she and two colleagues invited a few dozen men and women into their lab and randomly assigned them a “high-power pose” (taking up lots of space/being open/arms wide) or a “low-power pose” (contracted, with limbs closed). Afterward, they tested for various hormones, including testosterone, which is closely associated with dominance. When people spent two minutes in a high-power pose, their testosterone levels went up by 20% and their levels of the stress-related hormone cortisol dropped some 25%. In other words, your neuroendocrine system is affected simply by how you hold your arms–open, for example–and your body position. The physical can influence the physiological and the psychological.

The Hebrew term for gratitude is “hakarat hatov,” or “recognizing the good,” and I’d like to suggest as an intent for our practice this Shabbat that we marvel as we do each posture, or asana, on what we can accomplish physically–not on what we can’t–and use this as a metaphor for recognizing the good in our lives off the mat. To incorporate gratitude into our practice, we are going to include a lot of high-power poses like those that Amy Cuddy spoke about, and poses that by their very nature reflect gratitude. I’d also like to ask you to help kick off your gratitude practice by thinking of two things for which you are grateful in your life.

One more story about being grateful before we being our practice. The violinist, Itzhak Perlman, whose childhood polio makes it hard for him to get on and off the stage, laboriously made it to his seat at the front of the orchestra at a concert with the Boston Symphony. No sooner had he finished the first few bars of his solo, than one of his violin strings loudly snapped. At that point, Perlman was close enough to the beginning of the piece that it would have been reasonable to have stopped the concert while he replaced the string, and began again. But that’s not what he did. He waited a moment and then signaled the conductor to pick up just where they had left off.

Perlman now had only three strings with which to play his solo. He was able to find some of the missing notes on adjoining strings, but where that wasn’t possible, he had to rearrange the music on the spot in his head so that it all still held together.

He played with passion and artistry, spontaneously rearranging the symphony right through to the end. When he finally rested his bow, the audience sat for a moment in stunned silence. And then they rose to their feet and cheered wildly. They knew they witnessed an extraordinary display of human skill and ingenuity.

Perlman raised his bow to signal for quiet. “You know,” he said, “it is the artist’s task to make beautiful music with what you have left.”

We are all lacking something and so we are challenged to answer the question: Do we have the attitude of making something of beauty out of what we have, however incomplete or imperfect it may be?

At the end of practice:

“The hardest arithmetic to master is that which enables us to count our blessings.”  ~Eric Hoffer, Reflections On The Human Condition