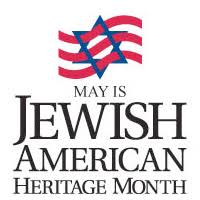 Jewish American History Month has been celebrated every  May since 2006. Throughout May the library column will concentrate on American Jewish biography and history, bringing to your attention fascinating- though not always admirable- American Jews who have made their mark.

Jews have influenced every aspect of American society. They have been heroes in war and peace. They have made scientific discoveries that saved lives and helped to destroy lives. They have entertained and educated.

Some names you may know; others will be unfamiliar to you.  Yale University has developed a series of short, well-written and well-researched biographies that cover the entire range of  Jewish achievement.

If you really want to quickly  learn about Jews who have achieved, look in the children’s and young adult area. These books distill an individual’s life down to the most important facts and usually do it in an entertaining manner. Frequently, the artwork will be as interesting and arresting as the person’s life.

And, no, Ruth Bader Ginsberg is not included among these books. So much has been written about her in the last few years, that everyone is familiar with her achievements. However, the library does have a number of excellent books for readers at every level. 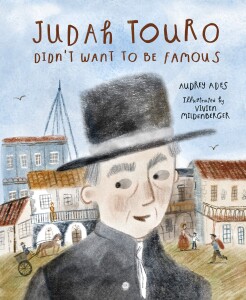 Ades, Judah Touro Didn’t Want to be Famous. If you grew up Jewish in New England at a certain time, you were bound to take a field trip to the beautiful Touro Synagogue in Newport, Rhode Island, only one of the institutions that benefitted from Touro’s family  philanthropy. (J)

Forgosh, Louis Bamberger: department store innovator and philanthropist. Those who grew up with Bam’s as their local department store, might be amazed at the influence Bamberger had in the retail industry and the good that this retail giant did with his fortune. 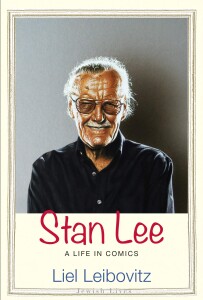 Krull, Judy Blume. One of the most influential authors of the late 20th century children’s fiction, is still active today. Blume broke the runs by writing about personal and controversial issues in books for young readers. (J)

Leibovitz, Stan Lee, a life in comics. Spider Man, Iron Man, Black Widow – we wouldn’t have these superheroes if not for comic creator Stan Lee and his Marvel Comics.

Lesser, Jerome Robbins: a life in dance. The beloved musicals wouldn’t be what they are without the choreography by Jerome Robbins.

Macy, The Book Rescuer. This picture book biography for young readers succinctly describes the life of Aaron Lansky who went from dumpster diving to save Yiddish books to the head of a beautiful library and research facility known around the world. See also his autobiography Outwitting History. (J) 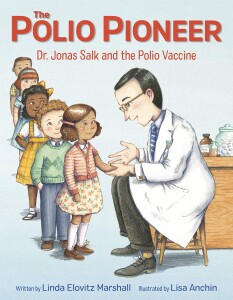 Marshall, The Polio Pioneer: Dr. Jonas Salk and the polio vaccine. Do you remember as a child standing in line to get jabbed in your upper arm? The massive effort to inoculate kids against the ravages of polio is a forrunner of today’s efforts against COVID-19.  (J) 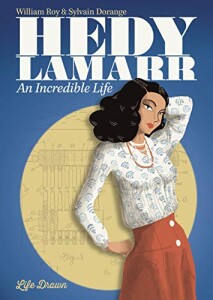 Roy, Hedy Lamarr: and incredible life. Who says that brains and glamor are mutually exclusive? Hedy Lamarr’s scientific inventions are the foundation of many of today’s electronics.

Shnayerson, Bugsy Siegel: the dark side of the American dream.  While no one is all good, Bugsy (he preferred to be called Ben) was evil. He seemed to delight in killing. But no one is all evil either. Siegel put his brother through medical school and provided for his immigrant family. As it is said, “He loved his mother.”

Rubin, Haym Salomon: American Patriot. If Salomon had not lent the nascent United States money, who kows what the outcome would have been. (J)

Schor, Emma Lazarus. This book is both a biography and a literary history of Lazarus’s time. See also the J section’s books for young readers.