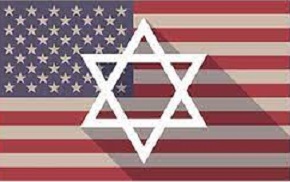 As you know, May is Jewish American Heritage Month.  Since  1980 when President Jimmy Carter at Congress’s behest declared a special week in honor of America’s Jewish residents, the president has issued a proclamation and special events and exhibitions have been held.

In 2006, President George W. Bush declared an official Jewish American Heritage Month. Each year the president issues a proclamation highlighting Jewish accomplishments and contributions to the US. 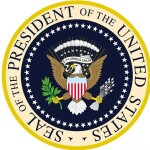 On this April 30, President Biden began with these words: “The Jewish American experience is a story of faith, fortitude, and progress.  It is a quintessential American experience — one that is connected to key tenets of American identity, including our Nation’s commitment to freedom of religion and conscience.  This month, we honor Jewish Americans — past and present — who have inextricably woven their experience and their accomplishments into the fabric of our national identity.”  Click here for the entire proclamation.

Here’s a brief review of some highlights of the relationship between the president and Jews. 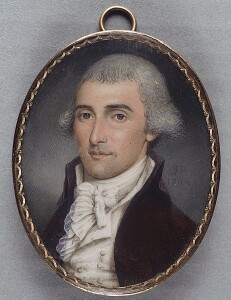 George Washington, prior to the adoption of Bill of Rights, famously responded to the Newport, Rhode Island congregation with these words:

“It is now no more that toleration is spoken of as if it were the indulgence of one class of people that another enjoyed the exercise of their inherent natural rights, for, happily, the Government of the United States, which gives to bigotry no sanction, to persecution no assistance, requires only that they who live under its protection should demean themselves as good citizens in giving it on all occasions their effectual support.

May the children of the stock of Abraham who dwell in this land continue to merit and enjoy the good will of the other inhabitants—while every one shall sit in safety under his own vine and fig tree and there shall be none to make him afraid.”

Thomas Jefferson was the first president to appoint a Jew to a position in the federal government. In 1801, Reuben Etting became the US Marshall for Maryland.

John Tyler (remember Tippecanoe and Tyler, too?) appointed Warder Cresson as U.S, consul to Jerusalem in 1844. Cresson established a Zionist farming colony and is buried on the Mount of Olives. 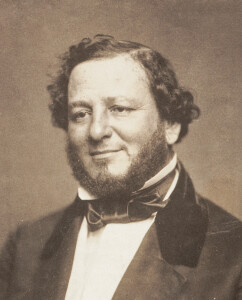 Millard Fillmore was the first president to propose nominating a Jew for the Supreme Court. In 1853 he nominated Judah P. Benjamin, newly elected as senator from Louisiana. Benjamin declined. Benjamin later went on to become attorney general, secretary of war  and secretary of state for the Confederacy. He was often called the brains of the Confederacy. He is buried in the Pere Lachaise Cemetery in Paris.

Abraham Lincoln appointed the first Jewish military chaplain. Prior to the Civil War, non-Christian clergy were not permitted to serve as chaplains. Jacob Frankel, rabbi of  Rodeph Shalom in Philadelphia,  served until mid 1865. 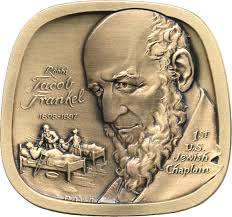 Ulysses S. Grant was the first president to attend a synagogue service when Adas Israel in Washington, DC was dedicated. This is ironic considering Grant’s role in the infamous 1862 General Order No. 11 which expelled Jews from the territory under his control.

Theodore Roosevelt became the first US President to personally support a Jewish cause when he donated some of his Nobel Peace Prize money to the National Jewish Welfare Board. He also was the first to appoint a Jew to the cabinet when he named Oscar Straus as Secretary of Commerce and Labor in 1906. 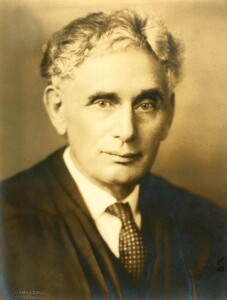 Woodrow Wilson in 1916 nominated Louis Brandeis to the Supreme Court.  After 125 days of the first ever-sometimes rancorous-public confirmation hearings Brandeis was confirmed. He served n the court for 23 years.

Franklin D. Roosevelt , in an address to the Jewish War Veterans on August 26, 1938 said: “The American people need no reminder of the services which those of Jewish faith have rendered our nation. It has been a service with honor and distinction. History reveals that your people have played a great and commendable part in the defense of Americanism during the World War and prior wars, and have contributed much in time of peace toward the development and preservation of the glory and romance of our country and our democratic form of government.”

Harry S. Truman has the distinction of being the president who recognized the State of Israel a mere eleven minutes after Israel declared her independence.

Dwight D. Eisenhower, Supreme Commander of US forces in Europe during World War II, insisted that the Nazi death camps be filmed and photographed as a deterrent to Holocaust denial.  In 1954, he was the first president to participate in a Jewish television program when the 300th anniversary of Jews in America was celebrated in 1954. 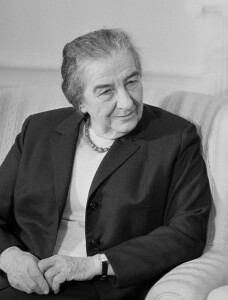 John F. Kennedy had a personal relationship with Golda Meir. Domestically, he appointed two Jews to his cabinet. When the Synagogue Council of America renamed its annual peace award after Kennedy, he became the only president for whom a national Jewish award is named.

Lyndon Johnson as a Congressman arranged for visas to be supplied to Jews in Warsaw, and oversaw the apparently illegal immigration of hundreds of Jews through the port of Galveston, Texas. As president, in 1967 when Soviet Premier Kosygin asked him at the Glassboro Summit why the US supported Israel when there were 80 million Arabs and only 3 million Israelis, Johnson replied “Because it is right.” 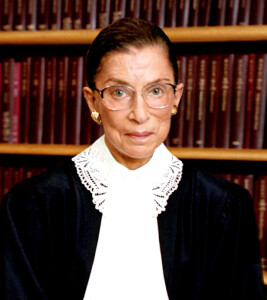 Barak Obama described the contributions of Jewish Americans as follows: ”From Einstein to Brandeis, from Jonas Salk to Betty Friedan, American Jews have made contributions to this country that have shaped it in every aspect.  And as a community, American Jews have helped make our union more perfect.  The story of Exodus inspired oppressed people around the world in their own struggles for civil rights.  From the founding members of the NAACP to a freedom summer in Mississippi, from women’s rights to gay rights to workers’ rights, Jews took the heart of Biblical edict that we must not oppress a stranger, having been strangers once ourselves.”