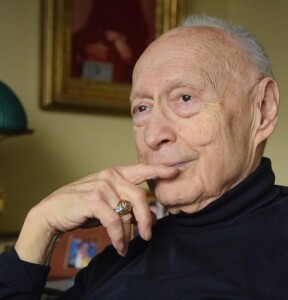 Herman Gollob’s recent passing leaves a real void in the Lampert Library’s friends. Herman was a well-known editor who began his career as a theatrical  and  literary agent. He moved over to publishers such as Little  Brown, Harpers Magazine, the Literary Guild, Atheneum and Doubleday where he was editor-in-chief.

Shomrei’s Herman was, indeed, a big shot in the publishing world. But to Shomrei members he was the guy who had his bar mitzvah at the age of 53, the participant in Torah study who wasn’t shy about voicing his opinions, the person who encouraged Shomrei’s nascent writers, and the man whose southern manners could charm anyone when he wished to.

At Shomrei, Herman served as chair of the library committee for several years. But more importantly, Herman used his contacts in the literary world to bring outstanding  authors to Shomrei as part of the Lampert Library Lecture series. 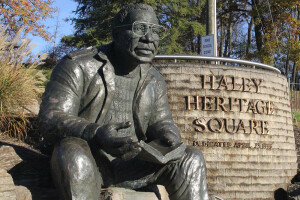 Thanks to Herman, the Lampert Library Lecture series began in 1990 with an inaugural talk by Leon Uris, author of Exodus. The report of that lecture is in the archives of the Jewish Historical Society of New Jersey. Among the other authors who enriched the local literary scene were Roots author Alex Haley; Rabbi Harold Kushner author of When Bad Things Happen to Good People; Poet and essayist Judith Viorst; Commentary Editor Norman Podhoretz, and Thomas Cahill, author of The Gift of the Jews.. 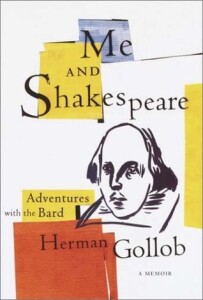 Herman was often called upon to introduce both library and synagogue programs. With his Texas drawl and quick wit, he was perfect at setting up an audience for whatever was to come.

And, lest anyone forget, Herman was both a scholar and author himself. After his retirement from the publishing world, he began to teach Shakespeare at Caldwell College (now University). This culminated in his own literary memoir, Me and Shakespeare: Adventures with the Bard. 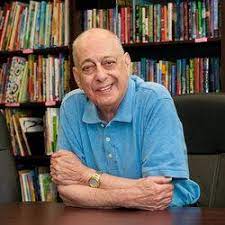 Everyone knows of Jerry’s dedication to reading and literature. Jerry and his wife Helen donated generously to the library; Helen was on the library committee for many years and wrote scores of donation acknowledgement notes; Jerry donated many books to the library. The Lampert Library’s humor collection is dedicated to Helen, who was known for her quips and her ability to make people laugh.

So, in a quiet moment, open a book and turn a page in honor and memory of Herman, Jerry and Helen.