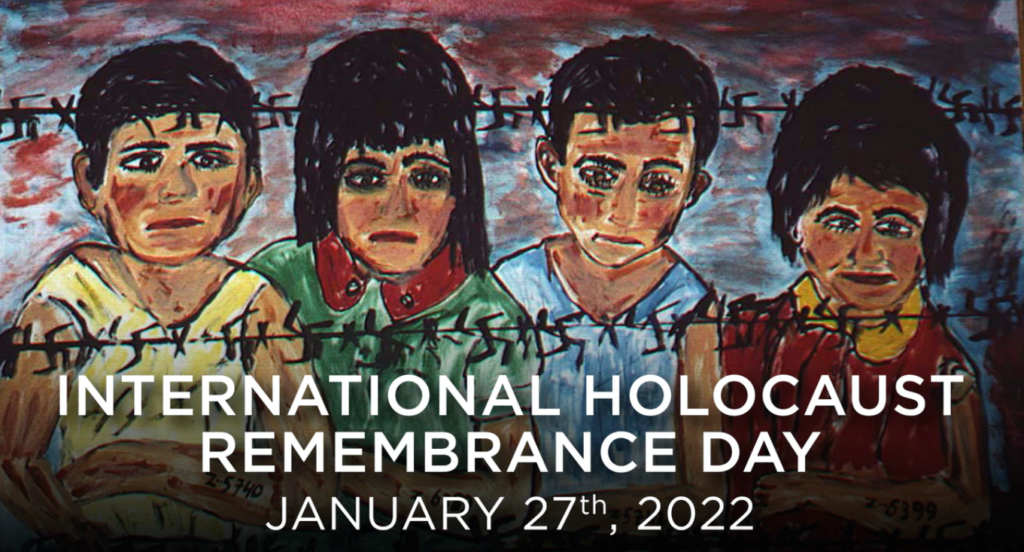 January 27 is International Holocaust Day, established by the United Nations on the anniversary of the liberation of Auschwitz-Birkenau. The United Nations urges all 193 members of the organization to use this day to plan programs to memorialize the six millions Jews and millions of other victims of Nazism and World War II and to educate to prevent future genocides.

Here are some programs and websites to help you make this day and depend your knowledge.

Chaiflicks, a Jewish Netflix, will screen for free several films that, according to the website, “were chosen to educate and inform about the atrocities our ancestors faced as well as honor the brave souls that survived. The collection of films represents a cross-section of the history of World War II. This commemorative day is a reminder of the capacity of the human spirit and a teachable moment about bigotry and antisemitism.” The films include themes of Righteous Gentiles, survival , round ups, art theft and others. Click here for the link.

Take a virtual visit to the Ghetto Fighters Museum. From the website: “The Ghetto Fighters’ House – Itzhak Katzenelson Holocaust and Jewish Resistance Heritage Museum – known as the “House” – is not only the first Holocaust museum in the world but also the first of its kind to be founded by Holocaust survivors.  Since its establishment in 1949, the museum tells the story of the Holocaust during World War II, emphasizing the bravery, spiritual triumph and the incredible ability of Holocaust survivors and the fighters of the revolt to rebuild their lives in a new country about which they had dreamed – the State of Israel.” There are virtual programs as well as slides of exhibits. A special program is sponsored by the American Israel Friendship League on Sunday, January 30 at 12 N. Click here for the program.

Of interest might be the following Learning Circles on Race, groups of 6-10 Montclair community members who come together over 5 weeks to explore their individual understandings of racism and identify opportunities for personal and community accountability, using the documentary film America to Me, podcasts, and other media as common texts. The Learning Circles are led by trained community members. The group is currently recruiting for the Facilitator training – if you are interested in learning more, please contact them at http://bit.ly/Learning_Circle_signup – the deadline to express interest in the Facilitation training is Friday, February 4. Recruitment for Learning Circle participants themselves will launch in March. 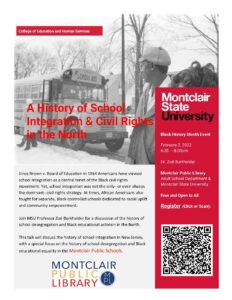 The Montclair Adult School in cooperation with Montclair State University is offering a free class called An African American Dilemma: A History of School Integration & Civil Rights in the North with speaker Zoe Burkholder from MSU. Click here for more information.