Dear Shomrei Friends-
This past week I attended the Rabbinical Assembly convention in St. Louis with 250+ Conservative rabbis from all over the world. I reconnected with colleagues from Israel and South America that I had studied with at the Shechter Institute in Jerusalem during my third year of rabbinical school and caught up with the rabbi who officiated at my father’s funeral almost 10 years ago.

I learned about pop culture and Torah from a young colleague with bright pink hair and heard first-hand how the friendships between rabbis and ministers sustained moral courage during the Ferguson protests. I sang new melodies and learned tools for living and leading more patiently and intentionally given the uncertainty of liminal times. I studied Talmud with my first Talmud teacher and sat on the airplane with the Bible scholar I quoted in my sermon a few weeks ago.

As I re-immersed myself in the Conservative Movement (after all those years of being in the Hillel world), I was struck by the openness and creativity I encountered, the deep commitment to tradition and Torah and the eagerness to meet the needs of this moment.

My primary goal was to create a network of rabbinic colleagues I could call upon for advice and best practices, for wisdom and encouragement and I came home with close to two dozen rabbis newly added to the contacts list on my phone. All of them are ready to help me – and by extension all of us – realize our dreams as a congregation.

At the final breakfast, I explained to a colleague from Colorado that I’m not quite sure where Shomrei fits in. Should I only be talking to colleagues at congregations of similar sizes? Rabbi Kobrin responded by saying the most important thing to think about is the culture of your synagogue. A small synagogue in Montclair isn’t necessarily the same as a small synagogue in Grand Rapids. And so I return with a renewed curiosity about how to describe who we are and who we hope to become as a congregation. How would you describe our culture as a synagogue?

I was asked over and over again why I made the switch to pulpit work and how I was doing. It was really powerful to have these few days away to reflect and retell all the reasons I’m so glad to be the new rabbi here at Shomrei. 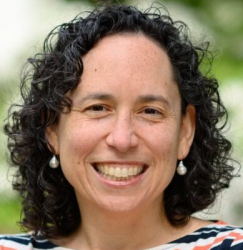