Shomrei president Miriam Haimes announced the formation of a search committee with this letter to the congregation on Monday:

Since we learned of Rabbi Greenstein’s intention to retire next July, I have used the time to absorb the impact of his announcement and to think carefully about the search for our next spiritual leader. In the process, I reviewed the guidance of the United Synagogue of Conservative Judaism and the Rabbinical Assembly and recruited a Search Committee that broadly reflects our membership, spanning diverse interests, needs, religious practice, age, family status and gender.  For the last 12 years, we have been blessed with a leader who values learning, compassion and inclusion and our search will be influenced by those values and those of the Conservative movement.

I am thrilled to announce that Dale Russakoff and Jesse Toledano will lead the Rabbi search committee.  They are both deeply committed to Shomrei Emunah and its future, and they bring very different perspectives — Dale as an active member for 26 years whose now-adult children grew up and became b’nai mitzvot at Shomrei and Jesse as a member for six years with one child about to enter the JLC and another entering Shomrei’s preschool in the fall.

Here is a statement from Dale and Jesse:

“We are honored by this position of trust and are excited to be working with a terrific committee. We promise to lead a highly transparent process, with opportunities for every member to participate and provide input. Our first crucial step is a robust outreach to the congregation to fully understand who we are as a community, what we want to be and what we want in a rabbi.  In coming weeks, you’ll be asked to fill out an online survey and attend focus groups on these questions. Please make it a priority to participate! We want to hear every voice. We’ll share the results with the full congregation and will use your responses to guide every step of the search. We also commit to a vigorous communications process, updating you at least every two weeks on the progress of the search and inviting your feedback.”

As the Search committee begins its work and is setting up lines of communication for all of us, I want to assure everyone that I will be available for any questions or comments and that the Search committee will be briefing the Board of Trustees on an ongoing basis in addition to their communication with the entire community.  You’ll find bios of our 11 search committee members below. Thank you again to Rabbi Greenstein for his support, leadership and friendship and thank you to our 2022 Rabbi Search Committee for their eagerness to get to work.  Please read on for their names and bios.

Debra Caplan and her husband Nick Taft joined Shomrei in 2013 when their son started at Shomrei Preschool. Their kids (now 11 and 9) are in the JLC. Debra is a theater historian and Associate Professor of Theatre at Baruch College, CUNY, where she teaches about all things theatre and writes about interwar Yiddish theatre.

Martin Kurzweil grew up in Shomrei (as the son of longtime members Lynne and Lanny) and joined the congregation, along with his wife, Fiona, when they moved back to the area in 2015.  Their son Jack attended the preschool and, with his brother Micah, is now in the JLC. Martin leads a nonprofit research and consulting group focused on practices and policies to improve access, affordability, and success for underserved students in higher education.

Jesse Toledano (Co-chair) and his wife, Katie, joined Shomrei after moving to Montclair in 2015. Their son Benjamin, 5,  just graduated from Shomrei’s preschool and will enter the JLC in the fall, and their younger son Samuel, 2, will be starting preschool. Jesse’s roots extend from nearby Conservative shuls, including the Clifton Jewish Center, where his grandmother was the first female president, to the Sephardic traditions and culture of his Moroccan-born father and his close-knit, yet far-flung family in Paris and Israel.  Jesse works as a real estate broker in Jersey City in new development marketing and sales as well as investment properties.

Mara Weinstein and her husband, Adam, moved to Montclair two years ago from Hoboken and have three sons — Ari, 7, Gabriel, 5, and Cole 1-½. Gabriel attended Shomrei preschool and will join Ari in the fall at Bullock Elementary and the JLC. Cole will go to Shomrei preschool when he’s old enough. Mara also recently joined Shomrei’s Education Committee. She is an attorney focusing on alternative dispute resolution.

Sara Feldman and her family joined Shomrei when they arrived in Montclair in 2012 and have all enjoyed being active in the community–husband Eric as a board member, daughter Orly volunteering with MESH, sons Shai and Jonah participating in the JLC and Sara teaching virtual yoga to Shomrei members during the pandemic. Sara conducted research with the Chapin Hall Center for Children at the University of Chicago for almost 20 years and now has a psychotherapy practice in Montclair focusing on children and families.

Rachel Kanter, her husband Andy and three children joined Shomrei in 2008, shortly after moving to Montclair, and all have been active, involved members. Siona, Pacey and Avital have all attended Golda Och Academy and celebrated their b’nai mitzvot at Shomrei. Rachel is a fiber artist interested in the combination of history and tradition with modern ideas about Judaism. She looks to Jewish rituals and texts to inform her art and is equally inspired by traditional women’s hand work and crafts.

Allen Lefkowitz and his wife, Vicki, joined Shomrei when they moved to Montclair in 2009. They have three boys –Ben, a recent Muhlenberg College graduate, and Alex and Max, rising 9th and 7th graders at Golda Och Academy. Both Ben and Alex celebrated their b’nai mitzvot at Shomrei, and Max will celebrate his in March 2022. Allen was a member of the Shomrei 2020 Committee, which initiated the current membership model, briefly served on the Education Committee and was a member of the search committee for a new JLC Director. Allen is a Managing Director at Torreya, a global investment banking boutique serving companies in the life sciences industry.

Fern Heinig has been a member of Shomrei since 2002, and a leader from day one.  In 2004, she celebrated her adult Bat Mitzvah with the congregation. Fern co-led the Shomrei 2020 committee, which was convened in 2013.  She served as executive vice president from 2014-16  and then president from 2016-18.  Fern is the founder of Minerva Consulting, providing strategic consulting to the pharmaceutical industry on the commercialization of new drugs.

Dale Russakoff (Co-chair)  and her husband, Matt Purdy, joined Shomrei in 1995. She is the leader of Shomrei’s Mensch Squad and co-coordinator of our program to house homeless families. She also served on the search committee that brought Rabbi Greenstein to Shomrei. Raised Reform in Alabama, she found her spiritual home at Shomrei through study, observance, friendships and the practice of tikkun olam. A reporter for The Washington Post for 25 years, Dale is now a freelance writer and book author.

Geoff Sadow (board liaison) has been a member of Shomrei for 20 years. He is the longtime chair of the Ritual Committee, serves on the Board of Trustees and like Dale is a veteran of Shomrei’s last rabbi search committee. Geoff, his wife Marianne Scheer and daughter Shayna, who celebrated her Bat Mitzvah at Shomrei and is a proud graduate of the JLC, reside in Glen Ridge. Geoff is an independent journalist and filmmaker and runs his own production company.

Barbara Gollob joined Shomrei, along with her husband Herman, about 40 years ago after their two children went away to college. A registered nurse who also taught Latin and health education at Montclair Kimberly Academy, Barbara served on the Shomrei 2020 committee, has been a regular in the Rabbi’s Torah study class and the Kiddish prep crew, and volunteered for MESH, the Interfaith Hospitality Network, and a summer camp run by St. Paul’s Church and Shomrei for children displaced by Hurricane Katrina.

The Rabbi Search Committee needs your input and involvement!  Please join in helping our community remain the vibrant, dedicated and aspirational community that it is. Check back here for updates.  The Committee Co-chairs are Dale Russakoff and Jesse Toledano. You may contact the committee at email hidden; JavaScript is required 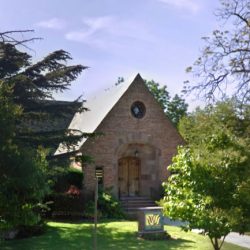 Rabbi Search Committee
With the upcoming retirement of Rabbi Greenstein, a search committee, made up of congregants, has been constituted to find a new Rabbi for Shomrei. The committee is co-chaired by Dale Russakoff and Jesse Toledano.