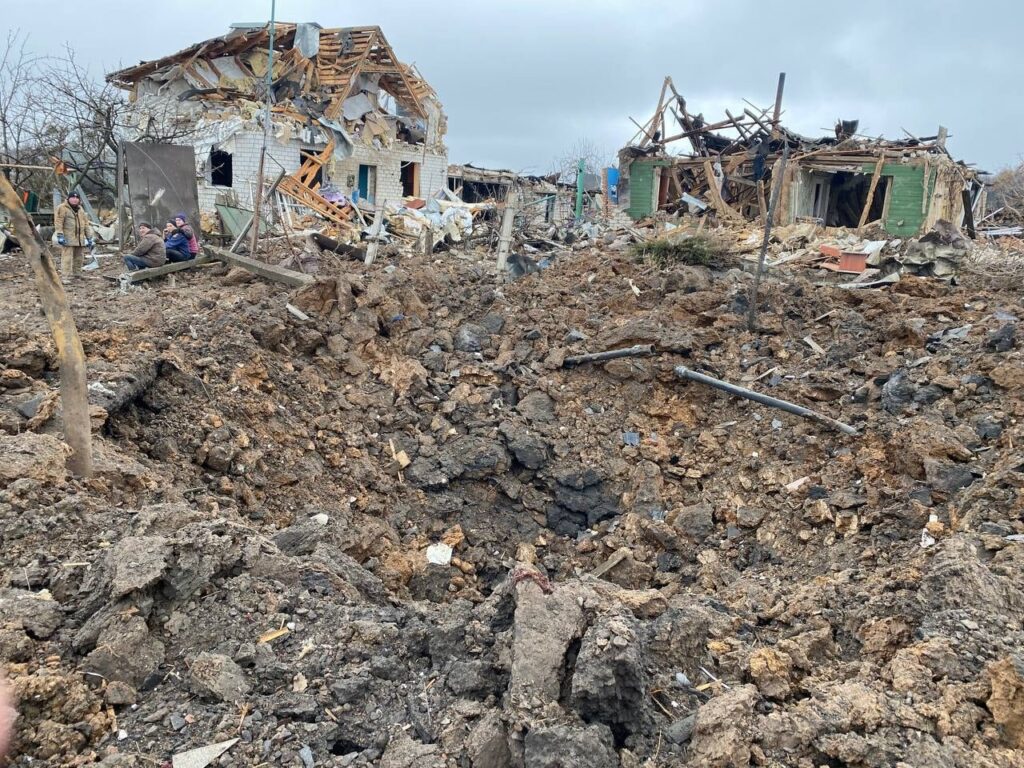 Destruction by Russian attack of peasant village of Yakovlivka in Kharkiv, Ukraine.

The name of our Torah portion, “tzav,” means “command.” God tells Moses to command Aaron and his sons to follow the rules of the priesthood rigorously. This sense of command is also mentioned at the close of our Torah reading – by Moses, as something he feels personally. (Lev. 8:35) (For a discussion of this last instance see Sparks for 2013.) The force and urgency of a command is called forth to reinforce the importance of the task to be performed and to galvanize the will of the person who is to fulfill that command. The Torah, God’s Voice, is heard to say, “That’s an order!”

Let’s keep this in mind as we reflect on the Purim story we have just read and heard this week. In the Megillah the term for commanding is found numerous times. This is to be expected in a story that revolves around a king and his court.  But the first time we encounter the issuance of a command it is not from the king (Esther 2:10) Rather, it is Mordekhai who commands Esther to keep her Jewish identity secret when she competes in the king’s search for a new queen. His authority over Esther is so strong that he can command her to do or not do, to say or not say, anything.

Yet, when we come to the most crucial moment of decision in the Purim story, when Mordekhai informs Esther that she must appeal to the king in order to save the Jews, it is precisely here that Mordekhai does not command Esther to follow his orders! When Esther hears that Haman has a plan to exterminate the Jews, authorized by the king, and that only she may be able to persuade the king to annul that decree, she is filled with terror for herself. She knows that she is taking her life in her hands if the king should become angry with her. But Mordekhai does not command her, as if to say to her, “That’s an order!”

Instead, he says, “If you will keep silent at this time, relief and salvation will come to the Jews from another place, while you and your father’s house will be lost; and who knows? Perhaps it is for just such a moment that you have attained royalty.” (Esther 4:14) Mordekhai does not confront Esther with a command to do the right, if risky, act. He leaves it to her own conscience. And it is not God, either, Who commands her action. Rather, Mordekhai declares his own faith is the destiny of the Jewish people to survive. And then he invites her to join him, appealing to her sense of fate and the invisible hand of chance – “Who knows?” he seems to muse, “Maybe it is for this very moment that all this has happened to you?” It is all left as a question rather than as a command. What resources can Esther bring to bear to help her answer this question? Mordekhai refuses to tell her what to do.

It is true that our era, ushered in by Purim, is not one in which God thunders commands that we can hear. And if we cannot hear direct commands, how can we follow them? It seems that we are forced to make our own choices and decisions. But the Torah’s legacy of a commanding God has been fully prepared for us before all of this. Our Sages explain that the word “tzav – ‘command’ – urges action in the immediate present and also for all the generations.” (Rashi, quoting midrash)

What is right and what is wrong remains the same. The stakes are just as high. The commands are still in force generations after the echo of God’s voice has faded away. Yet we, and only we, can choose to return to the text, read it aloud and transform it back into the Commanding Voice it once was.

At this very moment, as Mordekhai could have put it, the world is challenged by a modern Haman, bent on destroying an innocent people. Will we stand up against him or bow down to him, confront him or hide from him? Who knows whether we will choose to hear the command or ignore it.

image in the public domain