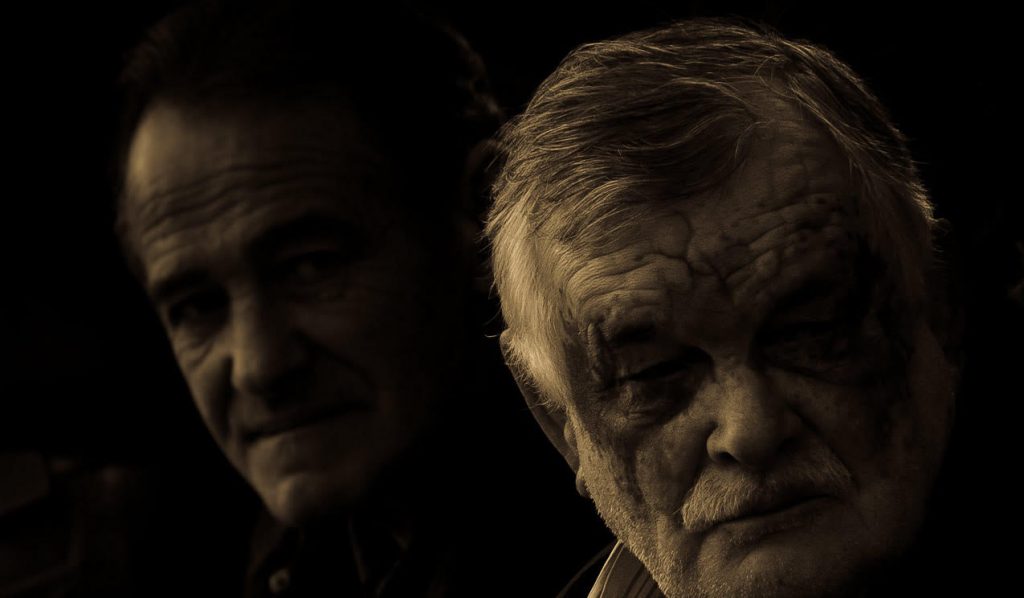 The first verse of our Torah portion tells of God’s appearance to Abraham. That visit is  immediately interrupted and cut off in the very next verse: “And he (- Abraham) lifted his eyes and he saw three men standing before him (- nitzavim `alav), and he saw, and he ran to greet them….” (Gen. 18:2) Readers have often remarked over the energetic response that Abraham evinces, running after these strangers even though he is recuperating from his circumcision procedure and even though God is appearing to him!
But the extraordinary quality of Abraham’s own experience as he espies these people is quickly passed by. We should pay attention to the Hebrew phrase that describes Abraham’s sense of their presence. On the one hand, we are told that he “lifted his eyes” to see them. This seems to indicate that they were some distance away. And, indeed, he has to run after them.

But this scenario s complicated by the positioning of the strangers according to the text. They are described as “nitzavim `alav.” This phrase is translated variously as “standing before him” or “standing near him.” Certainly, this second rendering brings them in closer proximity to Abraham than his lifted eyes indicated. But we should be even more exacting in our reading. Let us remember a similar phrase that occurs later in the Torah in Her description of another Divine appearance.

Jacob lies down to sleep and dreams of a ladder populated with angels. And then, “Look! The Eternal was standing upon him! (nitzav alav).” (Gen. 28:13) In Jacob’s vision God’s Presence is not far away in the distance, but is directly upon him, looming over his recumbent body. This is the same wording used in our scene. The force of this phrase is to collapse all distance between the subject and the object perceived. Furthermore, the verb used is “standing,” not “walking” or “going.” It is as if those far-off strangers have been jump-cut instantaneously into Abraham’s personal space! His perception is not of physical, measurable distance, but of psychic, emotional experience. They appear right upon him. This abrupt and shocking apprehension forces Abraham forward to run after these people who, in reality, are not standing, but walking, and are not close to him, but off on the road.

Who conjured this leap of space and perception? Was it the One Who, later, stood right up and upon Abraham’s grandson?