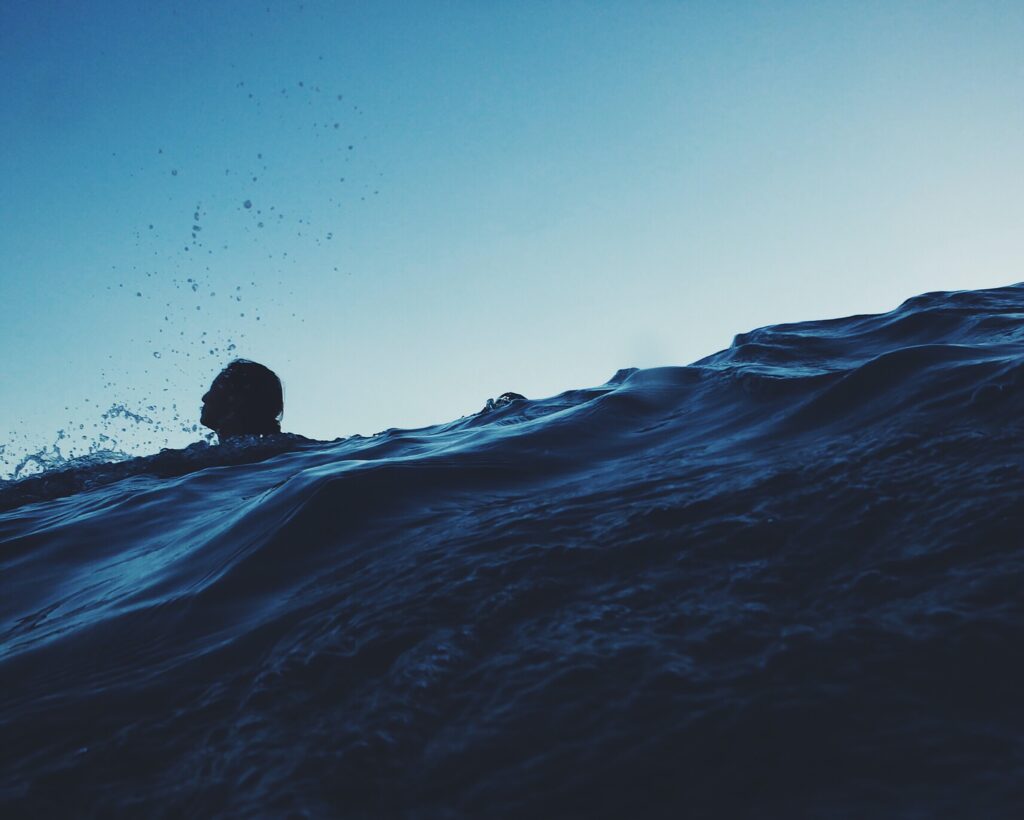 When the Israelites came to the banks of the Red Sea, on the seventh day after leaving Egypt, they were too afraid to obey God’s command that they “keep moving forward!” (Ex. 14:15) The Talmud (BTSotah 37a) records a tradition that only one person had the nerve – and the faith – to jump into the waters, Nahshon (identified later in the Torah as the head of the tribe of Judah). It was only after Nahshon demonstrated his courage and pioneering leadership by jumping into the surging sea that the sea split open and the waters parted. Then the rest of the people were able to walk through the sea on dry land.

Let us take note that it was the rest of the Israelites who were blessed with the miracle of walking in between the walls of water. Not so Nahshon, himself. The Talmud quotes a verse from Psalms to recall Nahshon’s own cry of desperation: “Save me, Almighty One! For the waters have come up to my breath! I am drowning in the muck of the depths, without a place to stand on; I have entered the depths of the waters and the current washes over me!” (Ps. 69:2-3) Nahshon was immersed up to his nose in the surging waters and was about to drown. Only after he almost lost his life did the miracle happen for everyone else.

Such is the lot of the pioneer, the trailblazer. Others may reap the rewards of a Nahshon’s audacity and belief, and enjoy a dry passage in the midst of the raging sea, but the first one in will get very wet and have to struggle unto near death.

Of course, the entire Jewish people is also such a pioneer people. Our exodus from Egypt was, itself, the first step taken by human beings as they dove into the uncharted waters of freedom from oppression, a freedom no one had known before them. Let’s not imagine that everyone took the plunge. Many certainly held back. Only those who responded to God’s call to “move forward!” left that House of Bondage. And now we, and so many people all over the world and throughout history, have been able to enjoy the possibility of walking freely, on dry land, thanks to those “first responders.”

What, or who, saved Nahshon from drowning? It was the response of the rest of the people – the “second responders” – who followed him, as he was thrashing in the waters – despite the fact that he was thrashing in the waters – and fighting for his very life. Had they not been inspired by his example, the waters would not have parted and Nahshon would have been swept away into the sea. Had not others followed the lead of Israel in their determined march toward freedom, then the very dream of freedom itself would have been washed away and drowned.

There are too many people today who, instead of enjoying the blessings of earlier “Nahshon’s” and being able to enjoy a nice dry walk into freedom, are challenged all over again to fight for freedom to their last breath. Will we respond to seeing their desperate thrashing? Will we follow?

A Sweet Pesah to all!
Rabbi David Greenstein

Photo by Li Yang on Unsplash