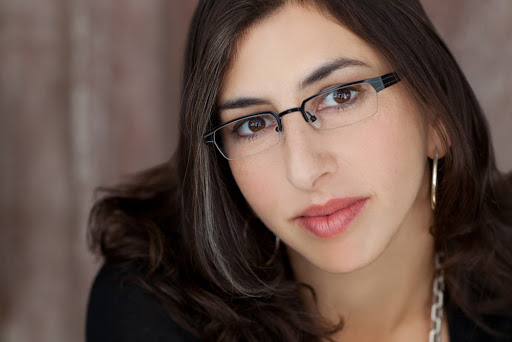 Rabbi Danya Ruttenberg will be Shomrei’s guest on May 8th and 9th, 2002.  Programs and services are free and open to the public.

Saturday, May 9:
9:30am – Rabbi Ruttenberg will deliver the d’var during services. Topic will be her book, Nurture the Wow: Finding Spirituality in the Frustration, Boredom, Tears, Poop, Desperation, Wonder, and Radical Amazement of Parenting

Danya Ruttenberg writes books about the messy business of trying to be a person in the world, and how spirituality can inform and transform that work. Sometimes that’s about parenting, sometimes feminism, sex, God, justice, or joy.  It’s all interconnected, isn’t it?

Rabbi Danya Ruttenberg is an award-winning author and writer. She was named by Newsweek and The Daily Beast as one of ten “rabbis to watch,” by the Forward as one of the top 50 most influential women rabbis, and called a “wunderkund of Jewish feminism” by Publishers Weekly. She written for The New York Times, The Atlantic, Salon, Time, and many other publications, and contributes regularly to The Washington Post and The Forward. She has been featured on NPR a number of times, as well as in USA Today, NBC News, CNN, MTV News, Upworthy, the Canadian Broadcasting Company, Al Jazeera America, Reese Witherspoon’s podcast “How It Is”, and elsewhere.

She is the author of seven books; Nurture the Wow: Finding Spirituality in the Frustration, Boredom, Tears, Poop, Desperation, Wonder, and Radical Amazement of Parenting (Flatiron Books), which a the National Jewish Book Award finalist and PJ Library Parents’ Choice selection; Surprised By God: How I Learned to Stop Worrying and Love Religion (Beacon Press), nominated for the Sami Rohr Prize for Jewish literature and a Hadassah Book Club selection. Her other books include The Passionate Torah: Sex and Judaism (NYU Press), Yentl’s Revenge: The Next Wave of Jewish Feminism (Seal Press), and, with Rabbi Elliot Dorff, three books for the Jewish Publication Society’s Jewish Choices/Jewish Voices series: Sex and Intimacy, War and National Security, and Social Justice. She is an avid Twitter user (@TheRaDR), with more than 90,000 followers.