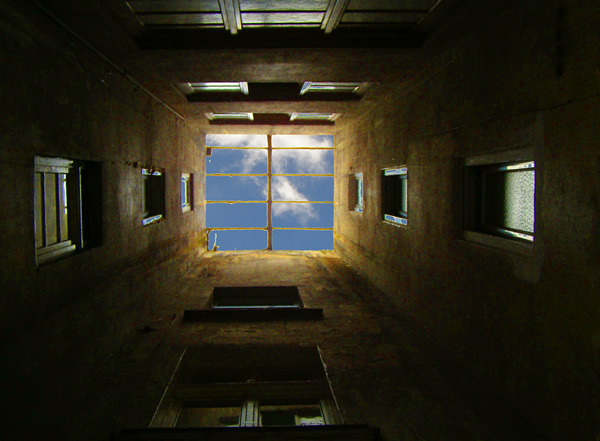 We have come to realize that all law is based on story. With this Torah portion we move, for the first time, to a parashah that is devoted almost entirely to law and not to forwarding the narrative of the Jewish people. Nevertheless, even the many seemingly dry lists of laws in our portion are based on stories. Sometimes these stories are typical events that happen or can happen to anyone. Sometimes the laws are the product of stories that have become mythically significant to all of Israel. And sometimes they are a combination, especially given that the personages active during this time of Jewish history were living out both their own individual life stories as well as contributing to our national saga.

We may choose one of the many laws in this Torah portion to serve as a particularly good example of this. The complex layers of narrative meaning become apparent when we read this verse, peculiar in many respects. It is one of the many laws dealing with bloodshed. After telling us the law that intentional murder is a crime punishable by death, the Torah says: “And as for one who did not plan [the killing], but the Almighty caused it to come by his hand, I will designate for you a place to which he can flee.” (Ex. 21:13)

We immediately recognize this as the first mention of the institution of “cities of refuge,” a concept that will be described and implemented almost 40 years later, when the Israelites are poised to enter the Promised Land. The verse begins with a bit of a story in which someone has killed another person, but not on purpose. It adds a bit of theological explanation. This accident is by the will of God, not by the killer’s will. Then the verse takes an interesting turn. Instead of speaking in the third person, as the laws up to this point did, God speaks in first person and in direct address. But the addressee is not the killer. To whom is God speaking? Furthermore, the conclusion of the verse is vague. Although the killer is now mentioned, the action he must take is left subject to a Divine promise.

Our Sages have given us some clues to help us dig into the backstory of this law. They explained that God is addressing, not the people of Israel in the abstract, but Moses himself, saying: “I will designate a place for you.” We are shaken to recall that this issue was directly relevant to Moses, himself. It was he who killed the Egyptian who was attacking the Hebrew slave. As a consequence he had to run away from Pharaoh, without really knowing where he could go. Did that act of taking a life continue to burden Moses? We do not know. But this law can be read as a form of belated consolation to Moses. God finally promises Moses that “I will designate a place for you,” a safe place. (And such a promise adds new resonance to God’s statement later, when She reveals to Moses the 13 Attributes of Divine Mercy, saying, “Look, there is a place with Me.” Ex. 33:21)

And the Sages read this phrase with another, almost opposing inference to be drawn from it. They understood that this safe place would have to be a place that Moses would not flee to, but a place belonging to Moses himself, a place that he would offer to others. And they expanded this idea to a general principle: Every place designated as a dwelling pace for Levites (- Moses was a Levite) would have to serve as a safe place of refuge. But this opposite reading is actually complementary to the first.

The story of the House of Levi is in many ways a story of bloodshed. Levi attacked and massacred the Shechemites along with his brother Shimon. Levi was traditionally seen, again with Shimon, as the instigator arguing for the murder of brother Joseph. And Joseph it was who reminded the brothers that their designs against him were, as our verse in Exodus would put it, not through their own will, but put into their hands by Divine Will. Perhaps Moses wondered whether he was doomed by this tribal legacy of Levi. (Is this related to the mysterious episode recorded in Ex. 4:24-26) Yet, while the tribe of Shimon was destined to disappear, the tribe of Levi was given a sentence of perpetual atonement. They were sentenced to community service forever. Their safe place was the Sanctuary. And they, with Moses, were also given the task of ministering to anyone else who might have inadvertently shed blood, to offer safety and support. Perhaps, as with Moses, they were best suited for this task since they knew personally how heavy the burden of having shed blood could be.

The law, once codified, has lasted for millennia. But it was because the stories behind it were still alive and raw that this law came into being. By telling the stories we can keep the law alive.