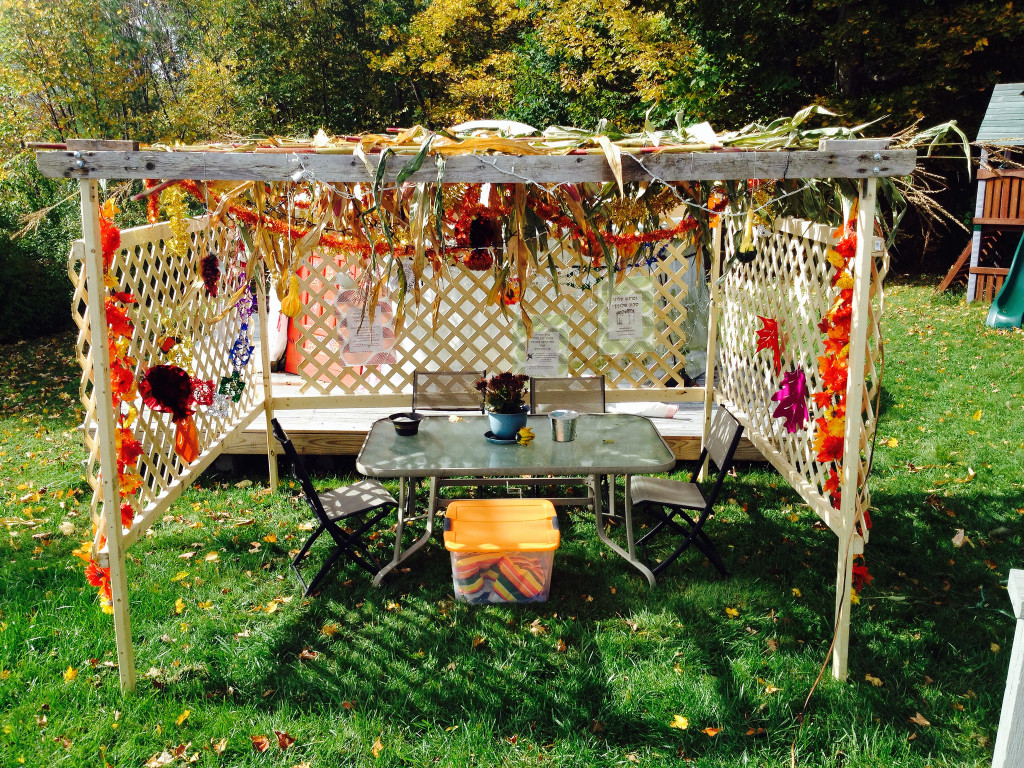 Rabbi Abraham Joshua Heschel, in his jewel of a book, The Sabbath, famously contrasted the Jewish tradition of architecture with the Christian tradition. We are amazed and moved by the cathedrals built through the ages. Their beauty is astounding and their presence is a constant in our image of civilization. But the Jewish people have not been so fortunate as to erect permanent structures rooted in and dominating their communities. Our architectural creations have been more modest and, tragically, too often destroyed. Rabbi Heschel celebrated, instead, the “cathedral in time” that we have maintained through the ages, the observance of Shabbat.

During the season of Sukkot we may consider another example of Jewish architecture, the temporary and fragile shelter, the sukkah. The sukkah is a much more humble space than a grand cathedral, of course. But spaces, whether grand or simple, are meant to be containers. They can house objects, events, rituals and persons. And, because they are spaces that we can inhabit, they can be spaces for our imaginations to dwell in.

One graphic example of the work of our imagination within a space is an astounding painting by Jan van Eyck, Madonna in the Church (c. 1440), in the Gemaldegalerie of Berlin. It is a small work depicting Mary and her baby standing in a gorgeous Gothic cathedral. But, instead of the space dwarfing the human figures, Mary stands gigantic. I have always seen the image as animate, with Mary’s figure growing before our very eyes, to eventually fill the entire space of that church. To the Christian believer, her presence gloriously fills that sacred space.

How does the faithful Jew imagine either themselves or God in space? In Jewish tradition there is a very special arena open for our imagination, though it is not a building at all.  It is our Hebrew alphabet. Each Hebrew letter has a shape and over the centuries those shapes have been fertile spaces for imaginative contemplation.

Consider one letter in our Torah portion, the letter heh. Uniquely, the letter heh that begins Deut. 32:6 is written extra large and is treated as a separate word. This is notable, for there are no one-letter words in Hebrew. We cannot ignore this large letter, set apart from the word that it is meant to be part of. The letter has seemingly grown and moved over to stand alone. Moses challenges the people not to abandon God – with a rhetorical shout, imaged by this large, solitary heh: “Hah! Would you do this to the Eternal, you scoundrel people, so unwise?”

This letter, looming over the verse, is known to us as a classic signifier of God’s Name. God’s Presence, says Moses, should be growing in our consciousness, not forgotten and neglected. God Presence is an open space, ready for us to dwell within it. Thus, the presence signified by that letter heh – with its two connected lines and one shorter line to the side – is an accurate diagram of the minimum elements for the walls of a sukkah!

Moses continues: “Isn’t God your father, your creator (qanekha)? God made you and set you firm.” As Rashi notes, the word used here for “creator” – qanekha – also signifies the safe and nurturing space of a nest (in Hebrew – qen). Moses tells Israel – God is your nesting place, if you can bring your imagination to dwell in that space.