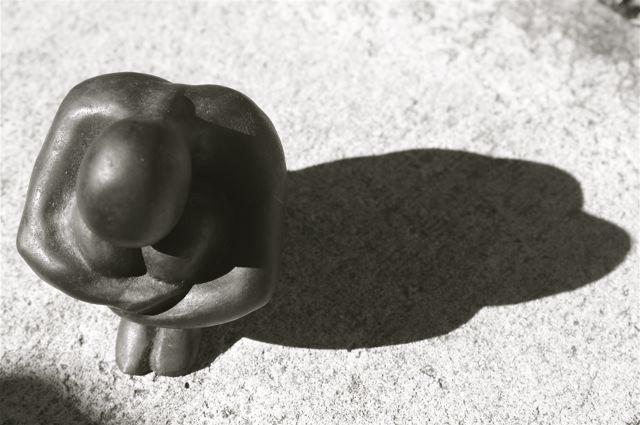 Our Torah reading opens with a play on words. The verse explains that, when Pharaoh expelled the Israelites, God, in leading them (naham), did not take them directly to the land of Israel, “lest the people regret (yinahem) it when they see war, and return to Egypt.” (Ex. 13:17) In this wordplay the Torah expresses the paradox of a God, All Powerful, Who leads the people, and Who, nevertheless, cannot control the people’s emotions and reactions to their experiences, for they have free will.

The word chosen to describe the people’s feelings – yinahem – has been used sparingly by the Torah before. Basically, it can have two possible meanings. One is “regret” or “have second thoughts.” This meaning is apparent early in Genesis, when God sees how badly human beings have turned out. “And God regretted (va-yinahem) having made the human being in the world, and God was saddened in His heart.” (Gen. 6:6) The other meaning is “to be comforted, consoled.’ Thus, when Isaac weds Rebecca, the Torah tells us that Isaac “was consoled (va-yinahem) after losing his mother.” (Gen. 24:67)

These two meanings are very different and, yet, related. Regrets are feelings of sadness about something that has happened, or about something that has not happened that we wish would have happened. It is a sadness about the past that cannot be changed. But to be comforted and consoled is to accept something painful, such as a loss, and to move emotionally past it. Moreover, regret usually applies most fully to a painful past that was self-created. God made the decision to create beings of free will and then God regretted this decision when God saw how humans used their will for evil. Consolation is a state often arrived at through the good graces of others. Thus, Rebecca is the agent of Isaac’s consolation. Nor is Isaac’s consolation an overcoming of something he did. His mother’s death made him sad and his wife was there to comfort him and help him bear his sorrow.

What meaning best fits its use here, describing the possible emotional reaction of the Israelites, a reaction that God feared? The verse tells us that God worried lest the Israelites “see a war.” Then they would have this “yinahem” reaction and run back to Egypt. Would they have regrets? About what? It was not they who decided to leave Egypt! God forcibly took them out and Pharaoh kicked them out! So far, they have been pretty free of making any decisions that they could regret or second guess.

Perhaps, then, the term should be understood in its other sense. Perhaps what God feared was that the Israelites would take comfort in the idea that they could just go back to Egypt if the going got rough. Their fears and anxieties about the challenges of the future (“seeing” war – not necessarily engaging in it!) could be calmed and they could be comforted in the thought that going back to Egypt was always in the cards. That very thought – that life in Egypt could still be seen as a legitimate option – was what frightened God so much.

God knew that the people needed to be gradually weaned from this idea. They had to learn that the point of the Exodus and the point of serving God is to make the notion of returning to a land of bondage absolutely unacceptable. God knew that this weaning process would take some time. But God had no idea how long it would really take us, and if we ever all really would get it.