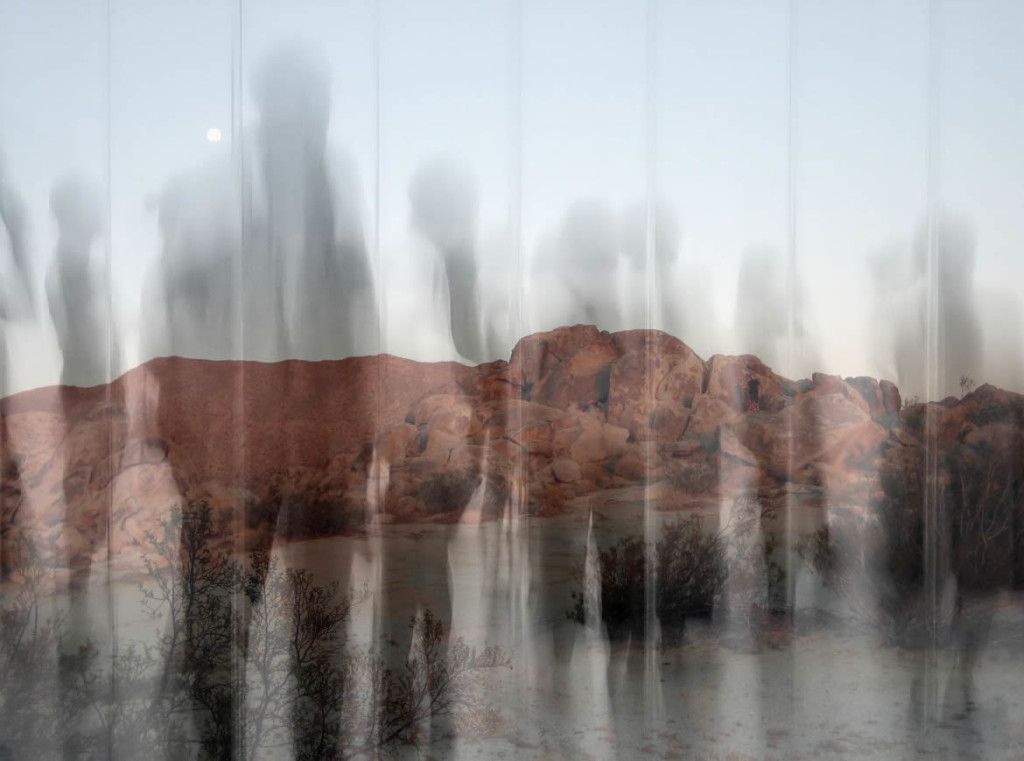 The beautiful story of Jacob’s dream, in which he sees a ladder reaching from earth all the way to heaven, with God’s angels streaming up and down upon it, has captured the imagination of readers for millennia. That story opens our Torah portion. Less noticed is the story of Jacob’s meeting with angels that closes our portion. After Jacob endures a stressful encounter with his father-in-law, Laban, he is able to resume his journey home: “And Jacob went on his way, and angels of the Almighty encountered him (va-yifg`u bo). And Jacob, when he saw them, said, ‘This is the encampment of the Almighty!’ And he called that place Mahanayim (Two Camps).” (Gen. 32:2-3)

Both of these stories tell of an encounter and both use that same word for such a meeting. In the opening story Jacob is the one who encounters “the place” – vayifga ba-maqom. (Gen. 28:11)  Jacob is fearful and weary. The midrash reads his encounter in this light: “He wished to go on but the whole world became like a wall in front of him.” (Gen. Rabbah 68:10)  The Hebrew word p-g-`a –  can mean “to encounter, to meet, to bump into, to implore, to wound.” Jacob reaches a place and feels that he has hit a wall in his flight from his threatening brother. Instead, he is granted a vision of protective angelic accompaniment.

But the concluding event of our Torah portion takes place concerning a very different Jacob, living a very different experience. The beleaguered fugitive has become a person of substance. The solitary refugee has become a family man with wives and children. And this time it is not Jacob who bumps into the angels. It is the angels who encounter him.

In the first instance Jacob bumps into a place like someone hitting a wall. This time, as the angels bump into Jacob, it is hard to imagine that they are fleeing something or someone. Were the angels coming to keep Jacob company (- Rashi and other traditional commentators)? But the surprising implication of this word used to tell of their “encounter” is that their meeting up is just as unexpected as Jacob’s encounter with the place of his ladder-dream. Just as unexpected and yet just as destined? Or is the whole meeting a pure accident?

Just as Jacob’s earlier encounter with “the place” of his dream was unsettling, so, too, we may guess, were the angels somewhat startled at seeing Jacob. And, surprisingly, this time, in contrast to Jacob’s surprised reaction to his first encounter, Jacob himself expresses no surprise at all. His reaction is simply to notice their Godly encampment and to call the place of their encounter “Two Camps,” meaning, apparently, that this, too, like the place of the ladder, was a place where his own earthly camp had met up with the corresponding angelic, heavenly camp. But this time the angels were not ascending and descending a ladder. Instead he saw an encampment of angels who were settled on that spot. What were they doing there? The Torah is silent and God and the angels are silent. We notice that there is no report of any heavenly communication with Jacob, as there so crucially was in the ladder-dream. Were the angels gathered together, minding their own business, just because it is good for brothers and sisters to hang out together in peace?

When Jacob was running in desperation he collapsed in the night-darkness and he dreamt of angels in motion, climbing up and down a ladder. He was overcome by amazement that he had seen such a vision, that he had had such an encounter. But, when Jacob had overcome the venal Laban and was heading home, surrounded by his family, he was not surprised to see, in broad daylight, an encampment of angels at rest. It was the angels who were caught by surprise.

Perhaps Jacob was not surprised to see their encampment because angels are actually everywhere and it is just a question of discerning their presence. Perhaps the angels were caught by surprise as they silently encountered Jacob’s gaze because they are used to being ignored and unseen.