The Family of Carol Starr z”l, has made a generous donation to our MESH Cafe which will help sustain the effort. The program has been renamed the Carol Starr MESH Cafe at Shomrei in her memory.

The MESH Cafe (Montclair Emergency Services for the Homeless) is a cooperative effort between the MESH organization and local synagogues and churches.  Volunteers at each institution cook and serve hearty, nutritious meals for the hungry.

“This generous endowment of the Carol Starr MESH cafe at Shomrei made by the Starr family in honor of our long time member Carol Starr, z”l will help us sustain the very important work that our volunteers are doing. Many people in our area depend on MESH at Shomrei and other institutions for sustenance at a very difficult time.  We are very grateful to the Starr family for this gift.” – Fern Heinig, President, Congregation Shomrei Emunah.

Carol Starr, was born Carol Schustrin in New York City on January 28, 1925, the daughter of Sol and Peggy Schustrin. She was raised in Jersey City, NJ. Carol married the late US Army Captain Harry Salofsky on September 2, 1945. She graduated from Snyder High School in Jersey City in 1942. She enrolled in Ohio University the following Fall, transferred to the University of Connecticut in 1945 and transferred again to New York University the following year and pregnant with her first child Michael, graduated in 1946. She received a teaching degree from Montclair State Teachers College in 1961.

Carol and Harry Salofsky changed their name to Starr in 1946. They settled in Jersey City and moved to Montclair in 1953. The Starr Family was a member of the Congregation Shomrei Emunah since the family moved to Montclair and at the time of Carol’s death she had been a member for 64 years.

Carol raised five sons and was an active volunteer in the community. She was a volunteer ambulance driver for the Montclair Chapter of the Red Cross, a welcome desk volunteer at Mountainside Hospital, den mother for all of her sons’ Cub Scout troops, a volunteer office coordinator for the Montclair High School Team School for its first two years, 1972 to 1974, and an elementary school substitute teacher in the Montclair school system. She volunteered for countless events at Shomrei Emunah and was President of its Sisterhood in the 1960s. For decades she was a generous contributor to many causes that she supported including the colleges of her 5 sons, Harvard University, Boston University, Hampshire College and the University of Southern California, and the Cystic Fibrosis Center at St. Vincent’s Hospital in New York and Friends & Families of Cystic Fibrosis.

Carol was a member of the Glen Ridge Country Club, an avid golfer, bridge and majong player. She lived life fully in many dimensions but her outlet for discovery and novelty was fed by her passion for travel. Her globetrotting took her to every corner of the Earth from Mauritius to Alaska and from Australia to Morocco. She was noted locally as an amateur cook especially for her cheese cakes.

She will be remembered by many who were touched by her grace, elegance, warmth, generosity and esprit de corps. 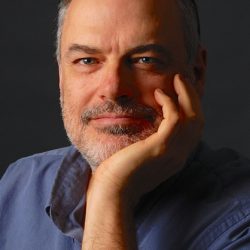