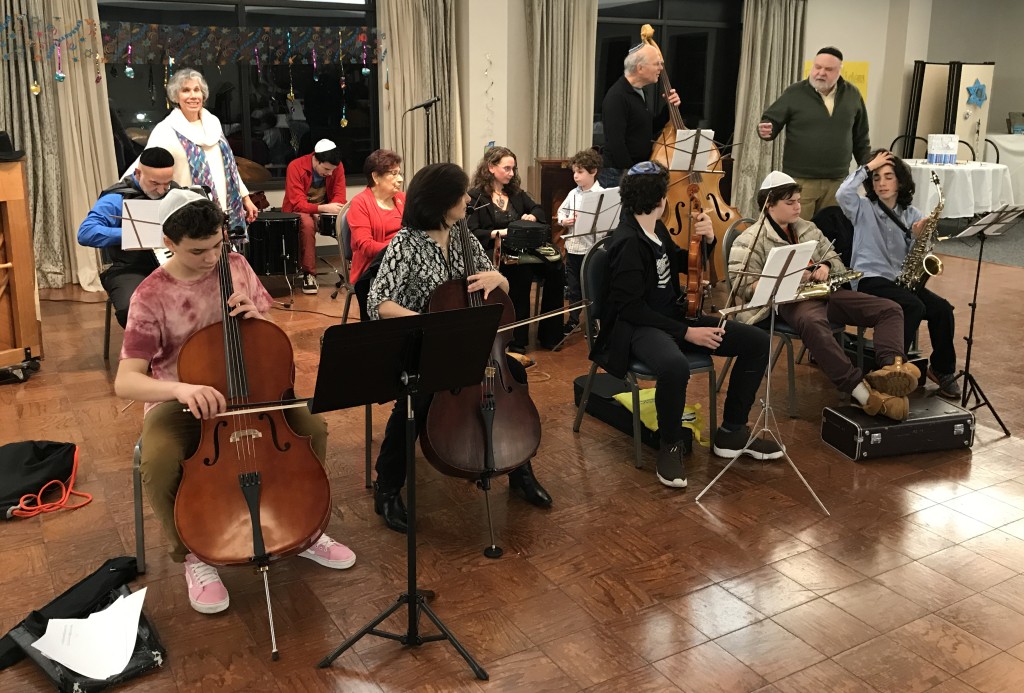 Eighteen hours after the Simcha Band played at Shomrei’s annual Chanuka party I was sitting poolside in St. Petersburg, Florida. Did I hear Christmas music everywhere? Not me! I continued to hear the eleven Chanuka songs and Israeli folk songs we played the night before. The joy of the band, the SIZE of the band and our professionalism continues to sustain me through the last day and night of the holiday. 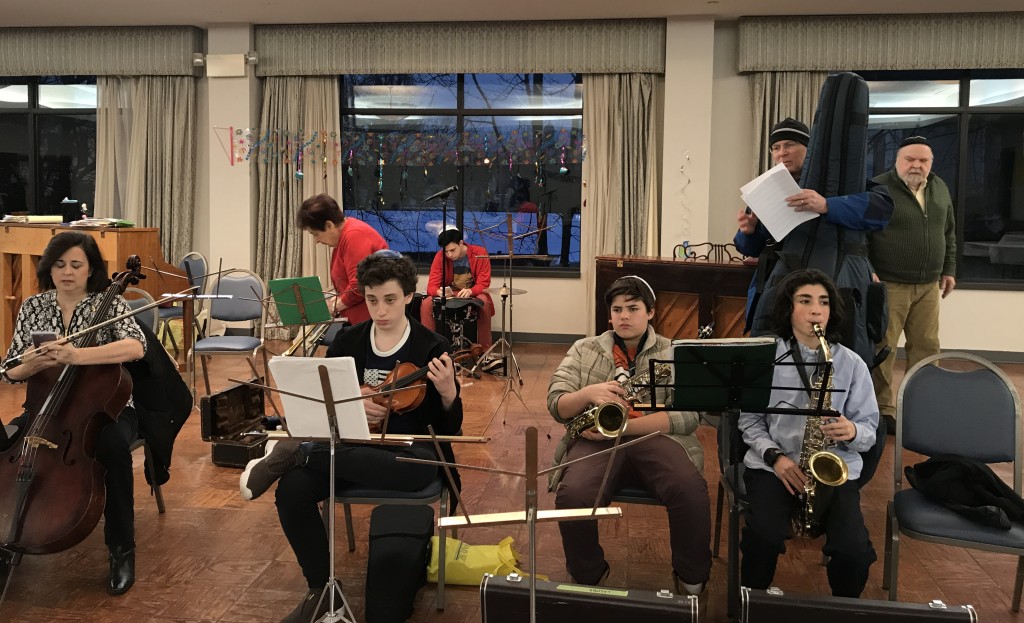 Thanks to conductor Mark Weinstein who takes 16 musicians ranging in age and ability and creates a band. Thanks to Sarah Steindel who transposed music for one of our newest members Elana Slobodien so we could add a French horn player to the band. Thanks to Elana’s son, Natan, who sat in our string section and had his own violin solo later in the evening. 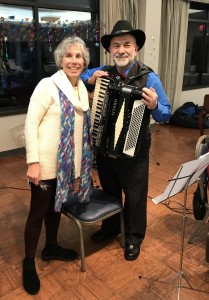 We were especially honored this year to add Sylvia and Alice – mother/daughter trumpet/cello musicians. Our new member, Fred Vafaie, was thrilled to play accordion with the band. We always want to thank our charter members and the musicians who sing  and play with us occasionally. We love you all: Mike, Amanda, Sam, Elliot, Eli, Noah, Zeke, Ken, Josh, and Andy. Forgive me if I forgot anyone. As I said, I am in Florida without my lists!

Finally, thanks to Lawrence, Kevin, John, Marge, Maritza, Heather and Rabbi Greenstein who support the band in so many different ways.

The Chanuka Band will transform ourselves into the Purim Band. We look forward to making beautiful music once again. There’s always room for another musician. 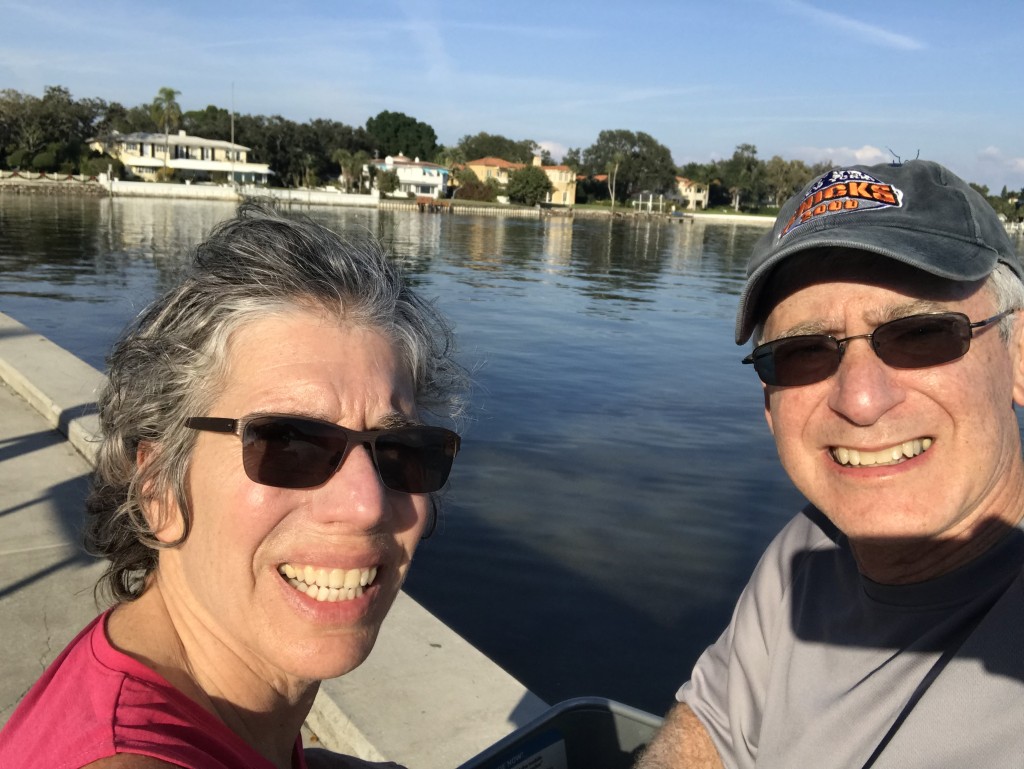 3 thoughts on “The Joy of the Chanukah Simcha Band”