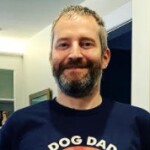 My wife Sarah and I, and our kids Lily (11) and Eitan (8), just passed our fourth anniversary of living in Montclair, and we’ve been part of the Shomrei community since we moved here.  I have particularly been enjoying the group study sessions led by Rabbi Greenstein of Pirkei Avot and the Zohar.  I’m excited to join the Board of Trustees and am looking forward to working with the community that I’ve found so welcoming. 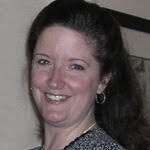 My husband Bruce and I joined Shomrei in time to enroll our oldest child in the 2’s class at Shomrei preschool (2007?) and have been members ever since. That child, Isaac, came through the JLC and celebrated his Bar Mitzvah at Shomrei in 2018. Isaac has been a member of STOM since then. Daughter Maya celebrated her naming here and also attended Shomrei Preschool. She has come up through JLC and will celebrate her Bat Mitzvah at Shomrei in Fall of 2022. Gabriel’s Brit Milah was performed at Shomrei and he has been a member of JLC since preschool. My family and I have been grateful for the community, worship and education we have all found at Shomrei. Thank you for this opportunity! 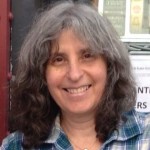 My husband Lou and I joined Shomrei 21 years ago with our children, Moish and Eva, who were already past JLC age. Shomrei continues to be a very important part of my life. I previously served on the Board of Trustees for about 10 years and was VP for Programming for 7 of those years as well as a member of the Finance Committee. I was on the Moving Forward Task Force this past year. I currently serve as Co-Chair of Social Action (with Audrey Levitin), as Co-Chair of Communications and Co-Editor of ShomreiWeek (with John Lasiter) , and on the Ritual Committee. I am looking forward to being back on the Board.

Sarita is currently a professor in the Speech-Language Pathology program at Montclair State University and is eagerly awaiting the birth of her first grandchildren (yes, plural – her daughter, Eva, is expecting twins). 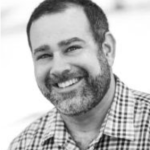 Michael in his 5th season at WP, was most recently the general manager for Williamstown Theatre Festival’s 62nd season (2016) which included four world premieres. Prior to that, Michael worked in commercial general management on and off Broadway since 2001. In addition, from 2006 to 2009, Michael headed a representative office in Shanghai out of which several Asian touring projects were launched.

Michael is currently an adjunct professor at Montclair State University and serves as the President of the Association for Non-Profit Theater Companies.  Michael and his family are active in Shomrei life and Michael serves on the Education Committee of Shomrei. 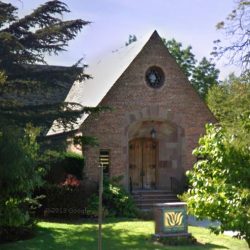 One thought on “Welcome to the Board of Trustees, 2021”