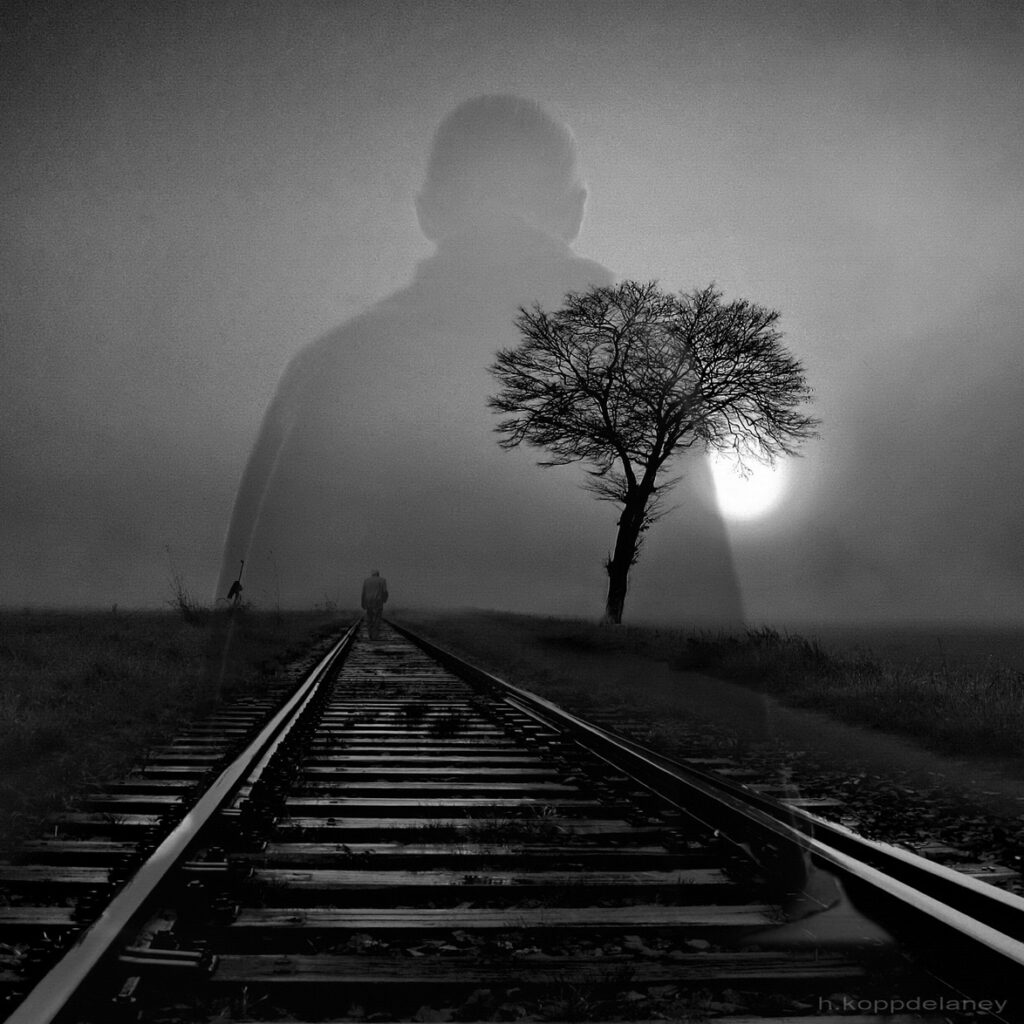 Rabbi Julie began Torah Study last Thursday (Oct 27) with a question – To what extent are we pursuing our own journey or continuing our parents’ journey?

Parshat Lech L’cha begins with God telling Abraham (Abram as he was then called) to start on a journey “to the land that I will show you (Genesis 12:1)”. Abram then gathers together his people and possessions and sets out for Canaan. This is, of course, a huge deal; but is it actually a break with the past?

According to Midrash ― interpretative commentaries on the Torah ― Abram left after smashing the idols in his father’s shop. As the story goes: Abram’s father, Terah, left him in charge of the shop while Terah did some errands. Terah returned to find the idols in pieces and asked Abram what had happened. Abram answered that the smaller idols had gotten into a fight over food and that the largest idol had gotten angry and destroyed them. Terah responded that idols don’t get angry or fight; they are only statues. At which point Abram confronted Terah with the hypocrisy of worshipping idols knowing that they are only statues.

This story is not actually in the Torah. It was imagined by the Rabbis as a way of explaining why God chose and spoke to Abram ― because Abram had already openly rejected idol worship and his father for worshipping those idols.

Can we imagine a different story?

That brings us back to the end of Parshat Noah. Immediately before God speaks to Abram, there is another journey by Abram’s father (Genesis 11:31). Terah sets out from Ur to Canaan with Abram, his grandson Lot and Abram’s wife (at this point called Sarai); but he stops in Haran and never makes it to Canaan.

Why did Terah leave Ur? Two possibilities were suggested during our torah study.

The Torah does not mention Terah bringing any possessions – this is in contrast to the later journey of Abram where it is specifically noted that Abram took “all the wealth that they had amassed” (Genesis 12:5); so perhaps Terah left for economic reasons to find a better life.

Another one of Terah’s sons, Haran (Lot’s father), had died (Genesis 11:28). Perhaps Terah left out of grief, seeking a reprieve from reminders of his son. And maybe this is why he discontinued his journey, finding solace in being in a town that shared his son’s name.

It’s easy to see these as separate journeys – particularly as they are placed in two different parashot.   But perhaps the two journeys were not so separate after all. Perhaps Abram was completing a journey that Terah had started. Perhaps Abram would never have left Ur if Terah had not initiated the journey.

There is another verse at the end of Parshat Noah immediately before the start of Terah’s journey: “Now Sarai was barren; she had no child“ (Genesis 11:30). Barrenness at the time would have been considered as a curse from God and curses were often associated with particular places. Perhaps Terah wanted to help Abram and Sarai leave behind that curse and start over.

And perhaps that is why God spoke to Abram and not to Terah. God did not speak to Terah because he didn’t have to; but Abram might have remained settled in Haran if God had not prompted him to leave, reminding him that his destiny was elsewhere.

To get back to Rabbi Julie’s question …

My mother dropped out of college after two years. She did not have a career (although she did work for my father). She had great joy in being a mother and later a grandmother. She never explicitly expressed regret about her life’s trajectory – but she did say that she wanted her daughters to have more choices than she had had. I not only completed college but earned a doctoral degree; and I had a very rewarding career as a college professor.

Thank you, Rabbi Julie, for offering us a different lens for thinking about these parshiyot.

Image(s): “Inner Journey” by h.koppdelaney is licensed under CC BY-ND 2.0.

Sarita Eisenberg
Sarita is a co-VP for Programming and a co-chair for Shomrei's Social Action Committee. She is also co-editor of ShomreiWeek (Shomrei's weekly newsletter) and the Kol Emunah Blog. She holds a Ph.D. in Language Science and until recently was a professor in the Department of Communication Sciences & Disorders at Montclair State University. She lives in Montclair with her husband Lou Hammerman.